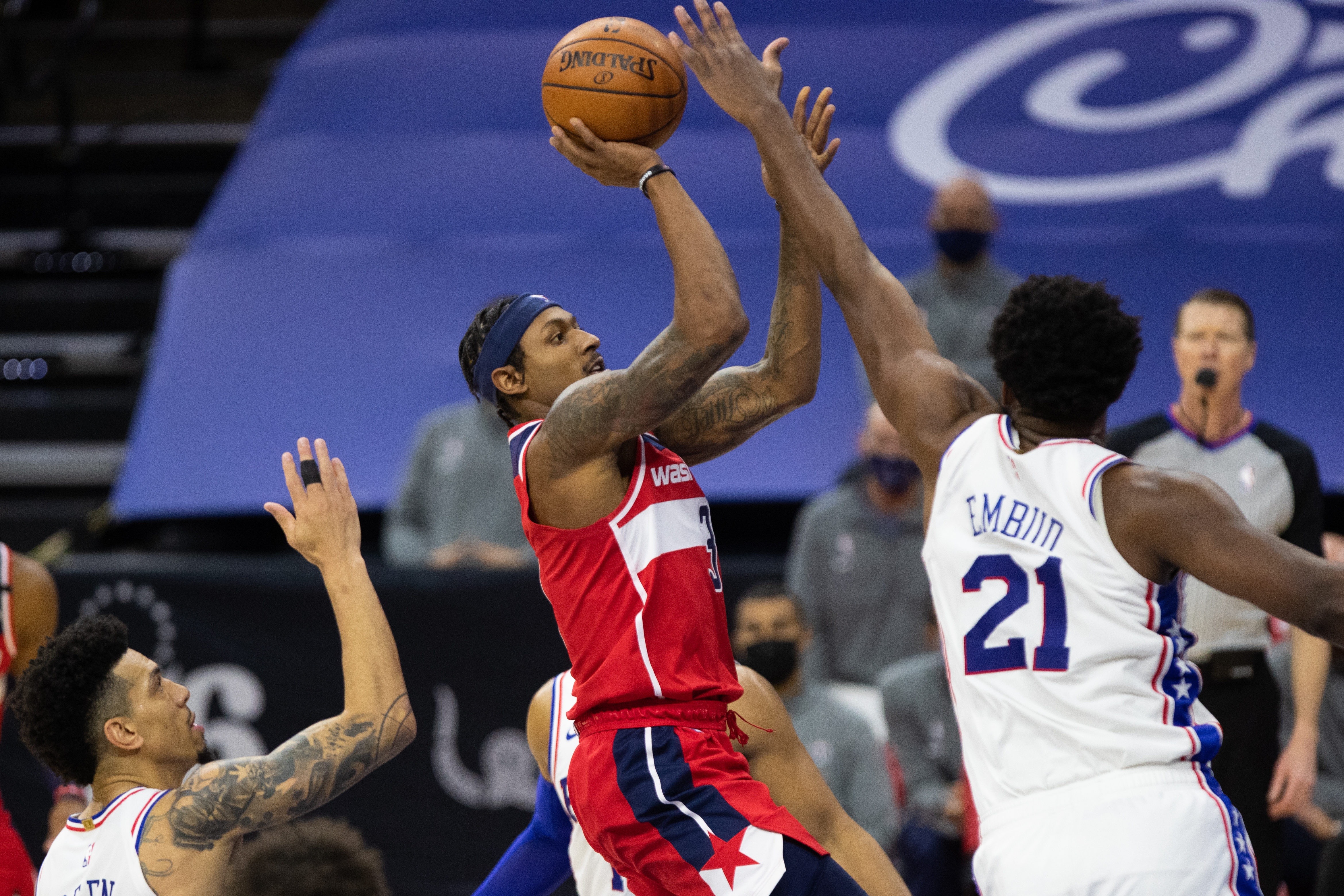 Stop me if you have heard this one before, the Washington Wizards defense let them down. The theme throughout Scott Brooks’ entire era in D.C. continues to rear its ugly head and cost Bradley Beal the one thing he wants more than a 60 piece, a win. Here are five takeaways as well as Brooks, Beal, and Russell Westbrook’s post-game media availability.

The 27-year old shooting guard should have been an All-Star and All-NBA player last season, but was disfavored by voters for his team’s record. At this rate, Washington’s record may not be all that much better than last season’s 24-40 before the shutdown, but that should not keep Beal out again. Averaging well over 30 points per game, Beal tied Gilbert Arenas’ franchise record for points in a game with 60. On Hibachi’s birthday, too. After 32 points in the first half, Beal exploded for 25 in the third quarter alone before a mere two points on 1-for-6 shooting in eight fourth-quarter minutes as the 76ers clamped down. Despite a career-high helped by 7-for-10 shooting from deep and 13-for-15 from the free-throw line, Beal would rather have a worse game if it ended in a win.

“I’m pissed off, I’m mad. I don’t count any of my career-highs that have been in losses. I don’t give a damn. You can throw it right out the window with the other two or three I had. I just want to win.”

As one of the nicest players in the Wizards locker room, whatever Bonga did to piss of Scott Brooks must have been really bad. Jokes aside, it continues to be head-scratching that one of Washington’s best perimeter and versatile defenders continues to ride the bench. Besides garbage time in Minnesota, Bonga has been a did not play – coach’s decision for the last four games. The Wizards have allowed 505 points over that four-game span. Even though Jerome Robinson has shown glimpses to be happy about, Bonga provides consistency that should not go unrewarded. In his best Ernie Grunfeld impersonation, Brooks avoided a direct question about why Bonga is not receiving playing time.

Effort has not necessarily been the predominant theme of poor Wizards’ defense, at least according to Brooks and players, but one commonality that is starting to become apparent is not knowing personnel. Beal spoke to this after the game almost in disgust as Washington gave up quality three-point attempts to a 76ers team that now has the personnel to take and make those shots. Seth Curry starting the game 5-for-5 from three in the first quarter alone is not great. The 76ers would go on to shoot 18-for-29, 62 percent, from beyond the arc during the game. Sharpshooter Danny Green was 5-for-8 from three and given too many open looks.

For the second time this season, Brooks has opted to start Bertans in the second half. Last time it came at Bonga’s expense, but with Rui Hachimura back in the lineup it came at Avdija’s minutes on Wednesday night in Philadelphia. It is a curious move because it suggests Brooks believed his team could shoot their way out of an 82-67 halftime deficit. A Bertans three would actually give Washington a three-point lead with 7:41 left to play in the fourth quarter, but the $80 million signing’s defense is below average. He appears to have his legs better under him with 33 minutes played, but 17 points on 6-for-15 shooting including 4-for-12 from deep does not move the needle too much. Avdija played just 16 minutes during the game including a mere four minutes in the second half.

With the United States Capitol overrun with Trump supporters ill-advised about the legitimacy of a democratic election, Bradley Beal and Russell Westbrook took a moment to reflect. Both are disheartened by the ease with which the insurrection took place relative to the show of force Black Lives Matter protesters were punished with over the summer. Beal continues to preach patience and Westbrook does not want to harp on the actions of others that he cannot control.