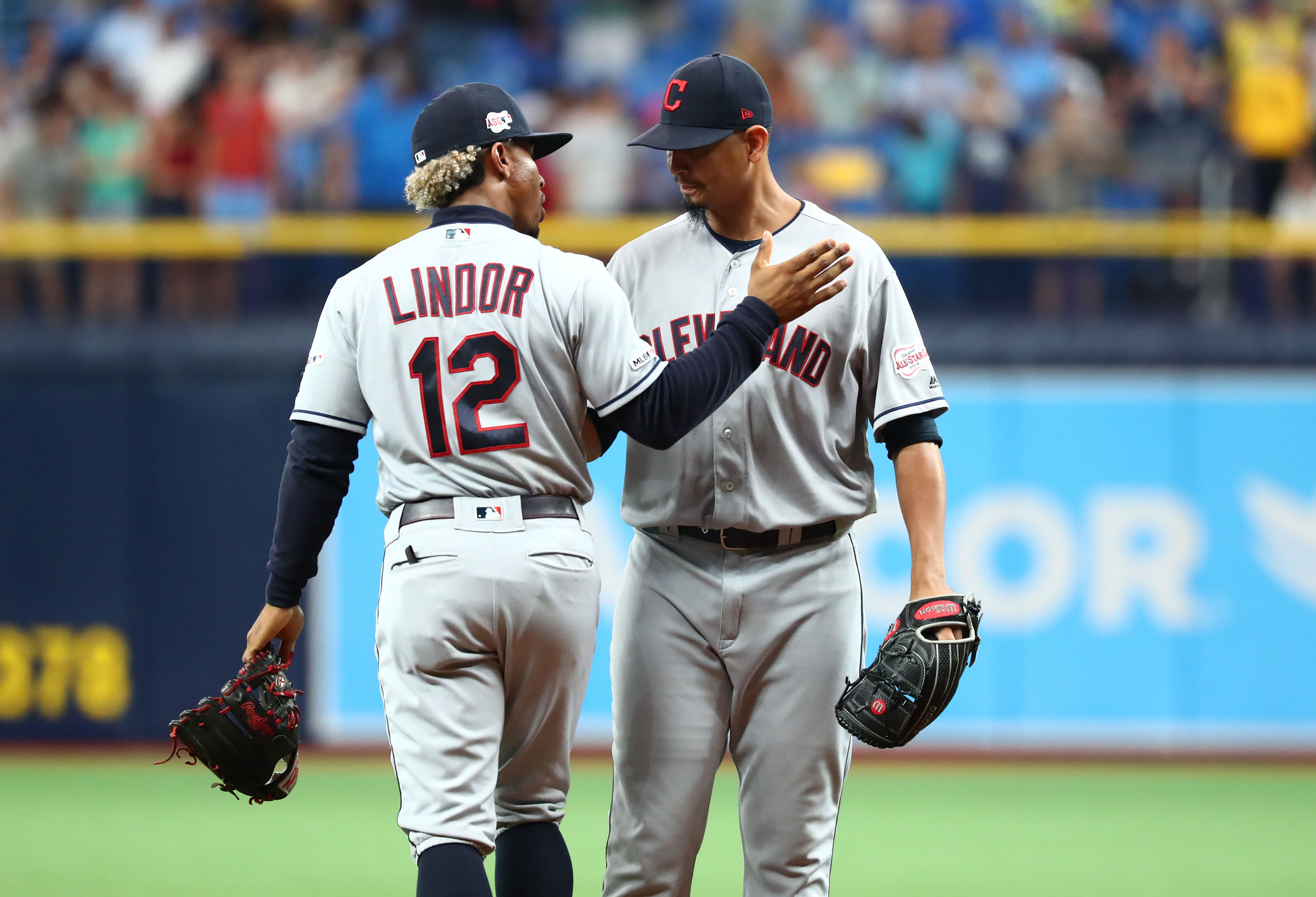 Mets fans were getting just a teeny bit antsy as to the speed of the new master plan by Steve Cohen, Sandy Alderson, Jared Porter and the Mets to take over the world. Even though the big names were still out there, the impatience was growing into enough sauce to spread over your meatballs.

Well, that impatience has dissipated. The Mets had a plan. And it was put into action today.

BREAKING: the blockbuster you have all been waiting for:

The Mets are finalizing a deal to acquire Francisco Lindor and Carlos Carrsaco from the Indians, source confirms. Andrés Giménez and Josh Wolf, among others, are going back to Cleveland.

This is 4/5ths the Gary Carter trade, and 1/5th the Mike Piazza trade. That final fifth is the part where people say “why did we trade for a shortstop when we had three shortstops?” Amed Rosario is a good player, and Andres Gimenez earned his status as a fan favorite. But nobody pines for Todd Hundley when they talk about Mike Piazza. Hundley was good on his own merit, but Mike Piazza is Mike Piazza.

This, to me, is the Carter trade. Putting aside the smaller differences between Kid and Frankie like age and position, this is a trade for a league superstar in his prime, which hasn’t happened often enough in the last 25 years. We’ll get more of Frankie’s prime that we got from Kid, but the Mets got two great years from Carter who was an important part of a World Championship. You’d sign up for that yesterday.

You want the eye test? Feast your eyes on this:

Frankie Lindor passes every test you want to give him. The best part? 2021 will be his age 27 season. He’ll get better. And hopefully he won’t go down the same path as the last 27-year-old infielder that came to the Mets from Cleveland.

For me, Andres Gimenez is the Hubie Brooks of the group. He’ll be the one Mets fans miss the most. His versatility will serve Cleveland well, but he’ll probably play second base and give the Indians a brand new middle infield as he’ll pair up with Rosario (the Mike Fitzgerald of this deal). Cleveland had put themselves in a position where they needed to get quantity back for Lindor. And the fact that the Mets were able to do this and not give up Ronny Mauricio is a bonanza. Now you might have liked Isaiah Greene (the speedy outfielder who might be the Herm Winningham of the group) and Josh Wolf (playing the part of Floyd Youmans by default). But this is the type of deal in which you use your farm system for. Not the millions of guys that were traded for Robinson Cano, Keon Broxton, Ariel Jurado, Jake Marisnick, Todd Frazier, Robinson Chirinos, and Miguel Castro. This is for a guy in his prime, and it’s two guys who might be really good, but at this point they’re lottery tickets. And they were cashed in for a jackpot.

Personal note: When the news broke of the Gary Carter trade (on Monday Night Football, no less), I was thrilled because one of my favorite non-Mets was coming (yes, Keith Hernandez was also one of my favorites before he came here). I did shed a tear when I found out Hubie was gone, but even at that point I knew that somebody good had to go to Montreal in the deal, and we were getting one of the best players in the sport. It’s the same thing here. I hate giving up Gimenez, but it’s necessary. And he’s not involved in a trade for a reliever or for an aging positive clubhouse influence. This is for a franchise altering player in his prime. This deal needs to be done 10 out of 10 times.

Eleven times out of ten if you can sign Lindor long term. 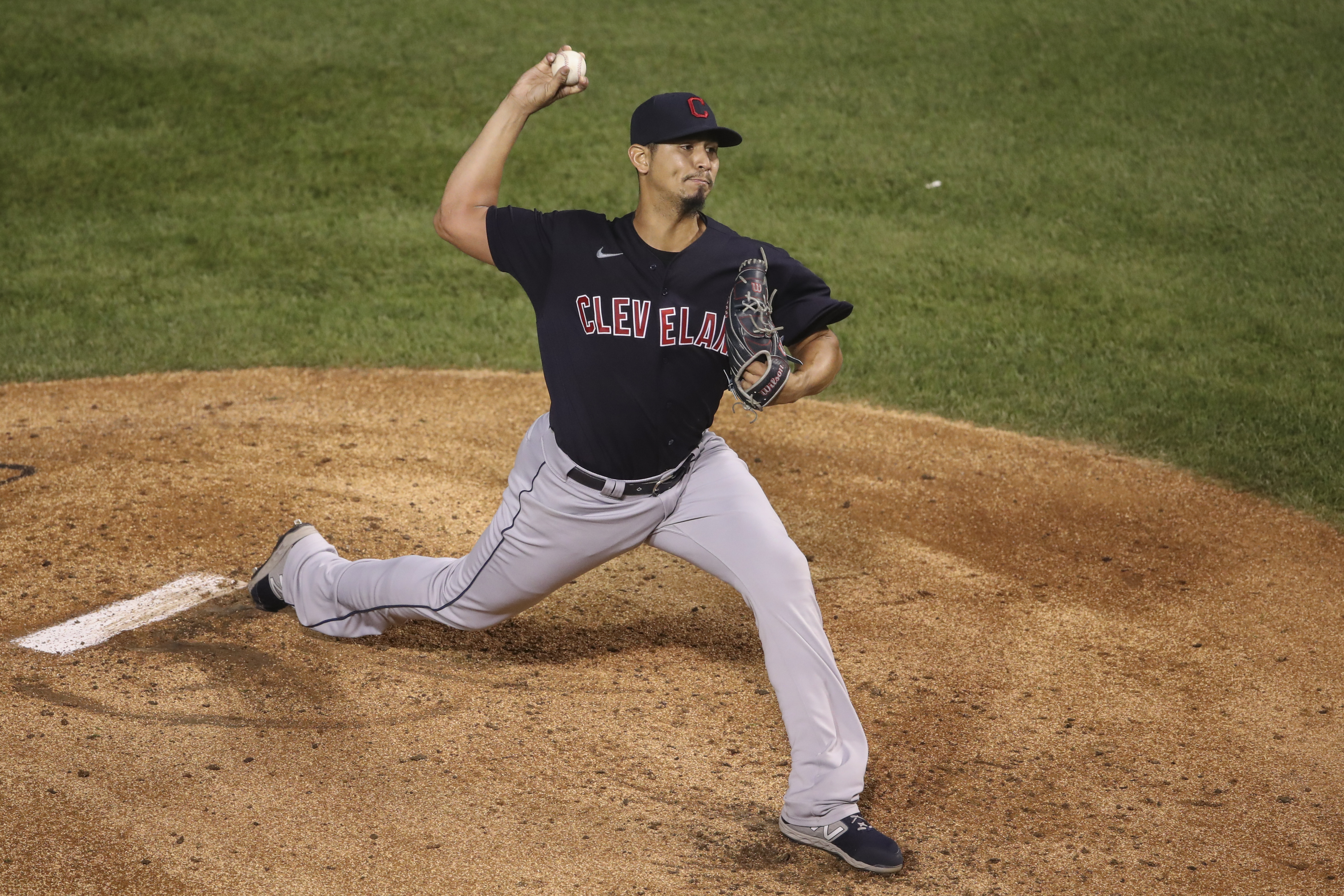 All of this, and the Mets got a pretty damn good pitcher too!!!

Carlos Carrasco’s outlier wasn’t 2020, but 2019 when he had to deal with leukemia. But including that season, Carrasco has had a 1.118 WHIP and a 77-54 record with an ERA of 3.41 and a FIP of 3.16. From 2014-2018 he’s averaged 177 innings per season. With the Mets needing pitching, Carrasco is some throw-in. He slots in nicely behind or in between Jacob deGrom and Marcus Stroman, and he lessens if not eliminates the need to drop $36 million on The Trevor Bauer Experience. Trevor’s social media barnstorming tour where he’s trying to keep 30 teams involved until the last possible day is fascinating. But he’s the very definition of somebody who the Mets can’t wait around for at this point. Quite frankly, I’m so glad we have a modern baseball hierarchy in place just for this reason. The previous family would be using Bauer just as much as he’s using all 30 teams, dangling that carrot in front of Mets fans until March when he signs with somebody else. Then Jeffy would have claimed that he offered $35,999,999 for him before introducing Ivan Nova at a lavish press conference.

Mets have not ruled out George Springer even after adding two big salaries today. Mets and Jays have been seen as the 2 most prominent pursuers of Springer, who has 3 C’s going for him: clutch, clubhouse and center field. Sandy Alderson said in the zoom: “We’re always hungry”

Porter said that up the middle defense is a priority. The Mets could fall back and sign Jackie Bradley Jr., and it would be fine. But the Mets have signaled, almost guaranteed, that life around here is going to be different. Frankie Lindor is proof of that. Why stop now? Why revert back to settling for fallback options like Doug Mientkiewicz over Carlos Delgado and Jason Bay over Matt Holliday? George Springer has two teams on his list. Our little team in Flushing, and the Toronto Blue Jays, who offer their own cavalcade of young talent. But the choice for Springer is to play in Toronto, or perhaps Buffalo, and have hope for the future, or come to the bright lights of New York, have a chance for something special in the present and the future (and also be a little closer to his hometown of New Britian, CT … which is a factor for his next contract.)

Perhaps Steve Cohen has been painted into a bit of a corner in free agent talks with all of the talk about spending money (from himself and others). Perhaps now he’s trying to make up for that by playing a little bit of hardball. But there’s a middle ground here. Springer can give a little bit for the chance to play here. Cohen can give a little bit for the chance to complete his makeover of the defense up the middle while acquiring a premier post-season bat (along with a bat that didn’t deflate after Signgate. But there’s a path here. The first few steps on the Mets off season path have been true with the additions of Trevor May, James McCann, and now Frankie Lindor and Carlos Carrasco. If the Mets keep following that road, I know there will be a pot of gold at the end of it. (And pay no attention to Andy Martino behind the curtain.)