Your Morning Dump... Where amidst chaos, the Celtics get it done 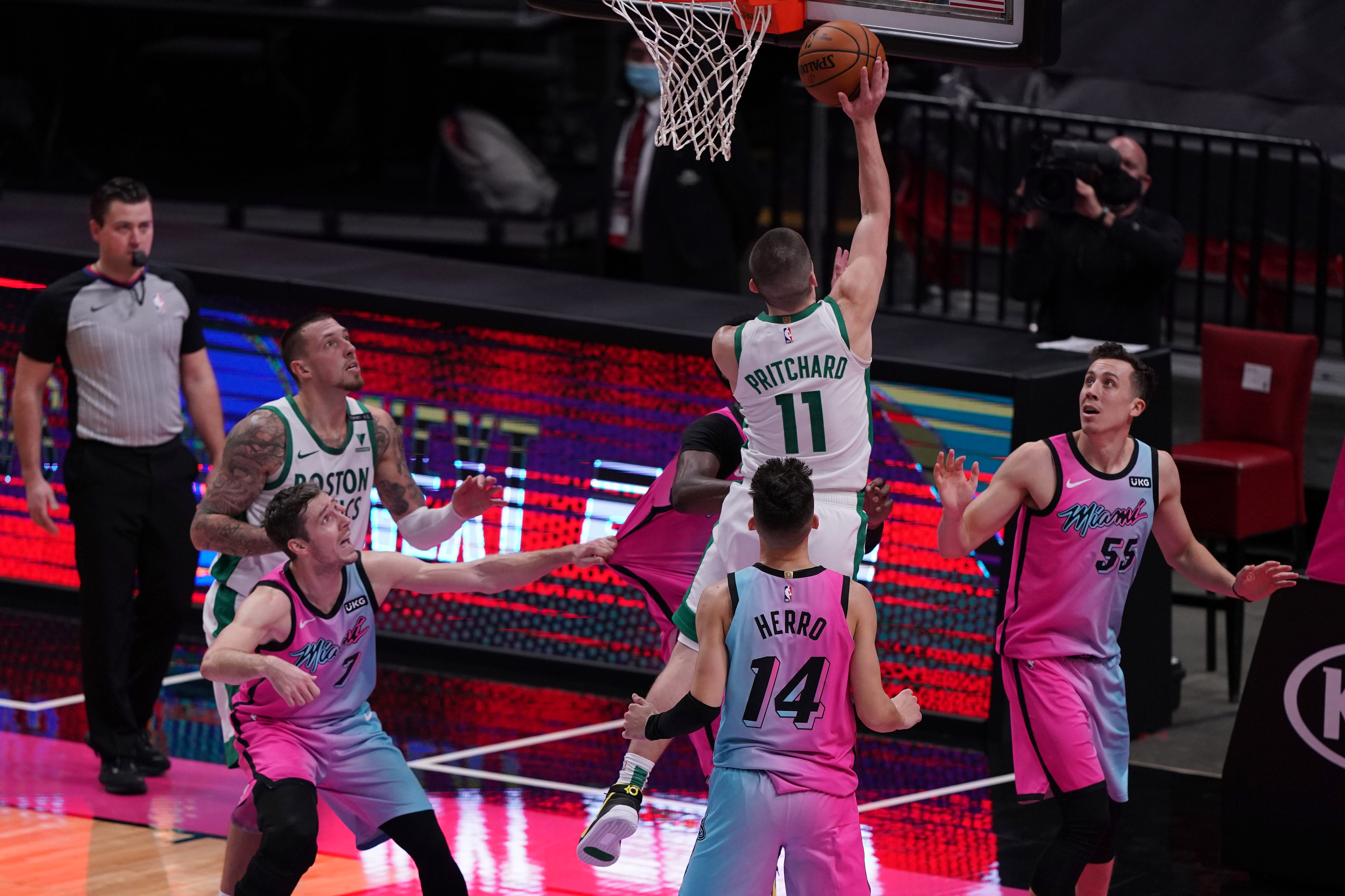 Your Morning Dump... Where amidst chaos, the Celtics get it done

The Celtics were close to walking out on this game, which was nationally televised and highly anticipated. In the bubble, the players boycotted games for three days following the Blake shooting and were only encouraged to play after hours of intense meetings between players, as they agreed that playing would bring more attention to their concerns.

That’s not necessarily the case anymore. While the Celtics and Heat carried out an exciting game that came down to the final seconds, the players still walked off the floor facing the same social climate as before the NBA bubble.

It is hard to imagine watching basketball after the events that occurred yesterday much less play it professionally. The Celtics, Heat, and many other teams around the league spoke out about the social injustices this country still holds, as what is going on in this country is much more important than just a basketball game. Still, the Celtics did play down in Miami last night, and despite many similarities to the battle in the bubble from last postseason, the Celtics turned a new leaf and squeaked out a victory thanks to someone the Celtics did not have in the Eastern Conference Finals last year.

Pritchard’s layup salvaged a disastrous final minute in which the Celtics allowed a 10-0 run in less than a minute thanks to a host of bad breaks (Daniel Theis falling for an offensive rebound leading to a 5-on-4 possession for Miami) and bad decisions (Tatum fouling a corner 3-point shooter). Those ugly moments were erased by Pritchard though and largely overshadowed what was the bigger story of the fourth quarter: A dominant 13-0 run by the visitors to originally take command of the game in crunch time.

The Celtics as they stand right now are a very flawed team still but they are making the best of the bodies they have available to them, besting a Miami team was at full strength amid an uneven start to their year (3-4 overall).

FastPP is certainly a gamer, and he just seems to have that basketball IQ that puts him in the right place at the right time. You know, like when you play basketball at the local gym and there’s always that one quiet guy who never gets picked first, but he’s always there to grab an important rebound or drain a shot from the corner. Nothing glamorous, but it is effective.

We can hem and haw all we want about Stevens’ double big lineup total rating, or how Marcus went 0-4 in the 4th quarter last night, but the Celtics (despite being shorthanded) are beginning to gel and play well as a team around its two young superstars. A win is a win, and we can be excited about that, but also not forget about what is going on in the country around us.

Related links: Everything Stevens, Brown & Tatum said after the game | Brown, Tatum address media together after Capitol riots | Brown, Tatum emerging has great leaders on, off the floor

Gordon Hayward scored a career-high 44 points and the Charlotte Hornets recovered after trailing for the first time in the fourth quarter and beat the Atlanta Hawks 102-94 on Wednesday night.

Hayward said it was a true career high — the most points he had scored at any level.

“I never scored 40 in high school,” Hayward said before giving credit to his teammates. “People were finding me all night.”

I can’t say I’m not happy for him. Injuries aside, Gordon was a good teammate and contributed to the best of his abilities in a Celtics uniform. With Charlotte playing better than they have in years past, who knows; maybe the Celtics will see the Hornets in the playoffs this year. Regardless, a tip of the cap to Hayward.

Globe: Payton Pritchard has his biggest moment yet as Celtics hold off Heat, and other observations