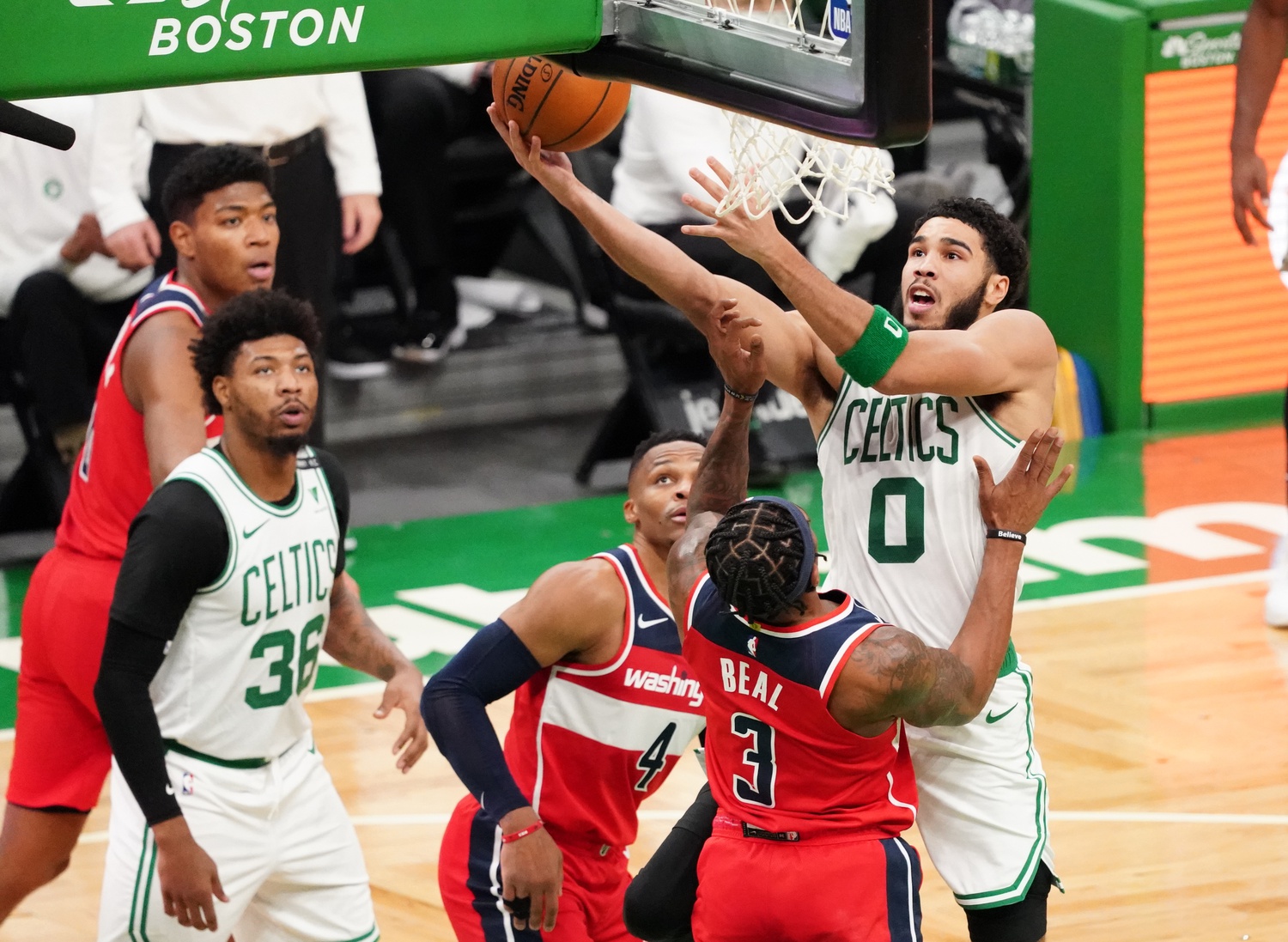 Thank god the IPAs are flowing tonight. Because sober Chuck can’t handle the Celtics pissing away a 28-point 3rd quarter lead. The Cs survived though and beat the Wizards, 116-107.

With three rotation players (TT, Wiliams & Williams) out due to “health and safety protocols,” I expected a competitive game. What I didn’t expect was the Celtics to follow three-quarters of dominant play with some of the worst basketball I’ve seen since the 2006 season. Whatever Marcus Smart (13 points, 2-10 FG, 3 TOs) ate before tonight’s game, he should never eat again.

On the bright side, Tacko Fall (4 points, 8 rebounds, 3 blocks) held his own in 19 minutes and generated one helluva Top 10 highlight (eat it, Russ).

Fortunately, no one will remember this game. All that matters is the Celtics (7-3) made enough plays for their fourth-straight win.

Now pass me another.

Jayson Tatum spikes the ball off the ground after being called for an offensive foul about 10 feet from Scott Foster … who, predictably, T's him up.

Payton Pritchard showing off his speed here and manages to draw a foul with 0.4 seconds left. pic.twitter.com/QIZEANkJCw

How they giving Tatum a T for bouncing the ball but not Westbrook for smacking stuff off the scorers table??

The Celtics seem to have the scouting report on Westbrook. It reads: Let him shoot jumpers.

Jaylen Brown buries a triple to force Scott Brooks to call timeout, and Boston has a 56-38 lead. Brown already is up to 18 points, while Jayson Tatum has 14. Tacko Fall had three blocked shots and is +14 in nine minutes.

Semi comin' out of the break HOT! Scored 8 straight points for the #Celtics and did it in multiple ways.

I’m don’t know what to say. I can’t recall a worse stretch of basketball. Maybe from the Cs team in 2006. Maybe.