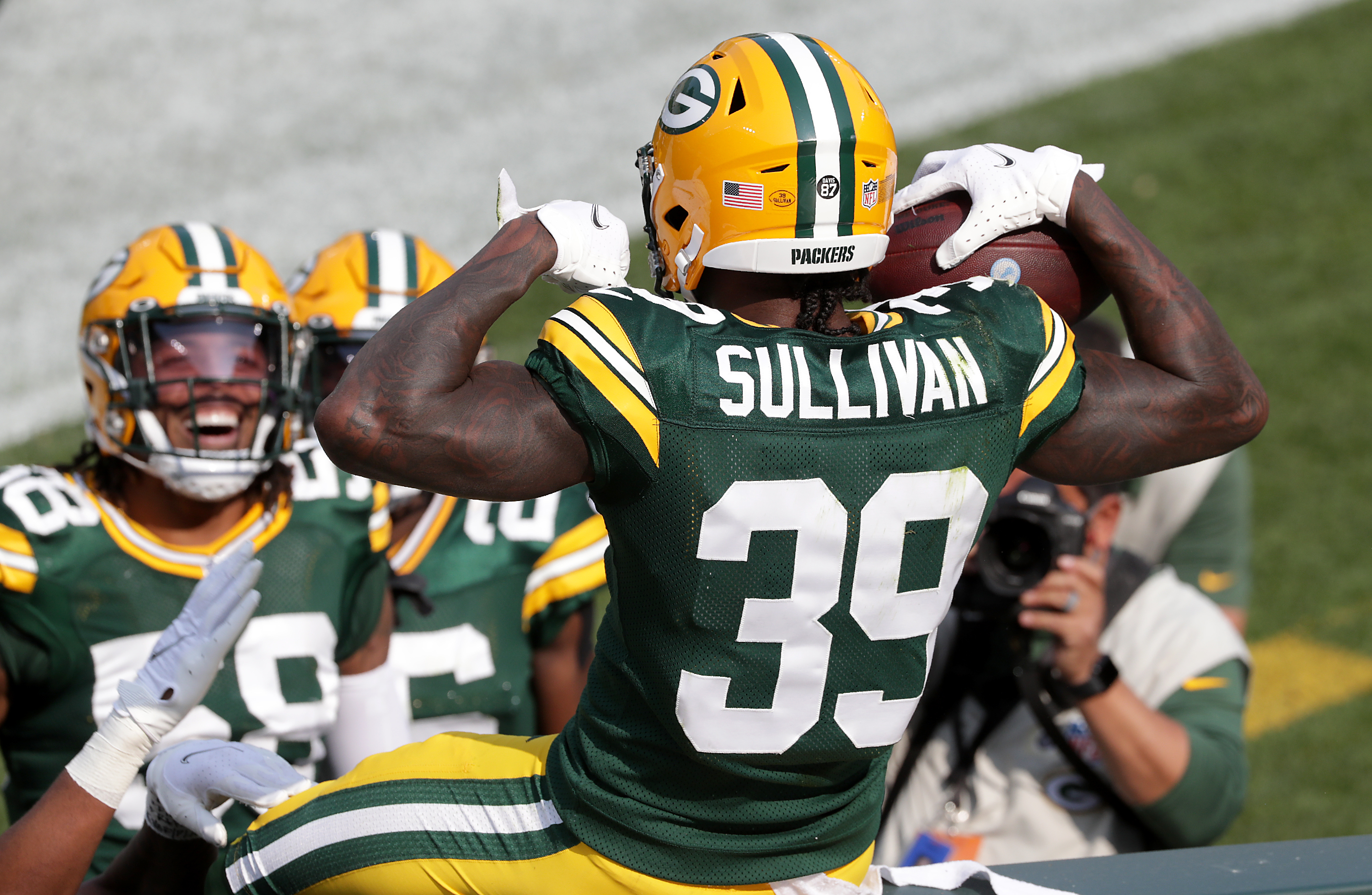 Playoff football tests the depth and strategy of the league’s best teams. You need to play your best to beat the best and that means getting contributions from players who are not considered starters or Pro Bowlers.

These players don’t make headlines often, but the Green Bay Packers will be counting on them to play well in the postseason to give the team a shot at winning their first Super Bowl in a decade.

Here are five non-starters the Packers are counting in the playoffs:

“Big Dog” is the Packers top blocking tight end. In 15 games this season, Lewis caught 10 passes for 107 yards and three touchdowns. He is used mostly as a check down receiver when he does get the football.

Lewis plays a bigger role as a blocker than as a receiver. On running plays, he provides the Packers with strong blocking and is almost like a sixth offensive lineman on the field. On passing plays, Lewis can stay in to block or he can chip the opposing team’s best pass rusher and then go out to a short pass pattern and act as a safety valve for Rodgers.

The 15-year pro out of UCLA also gives the Packers veteran leadership. He’s appeared in playoff games as far back as 2007 when some of the younger Packers weren’t even old enough to play Pop Warner football.

With David Bakhtiari out of the lineup, the Packers will need the blocking contributions and leadership of Lewis more than ever in the postseason this year.

Sullivan is the Packers slot corner and the Packers will need him to help contain some high-powered offenses in the playoffs.

The Rams, Bucs and Saints all have deep receiving corps and Sullivan will be called on to slow down each team’s third wide receiver or a tight end or running back coming out of the backfield like Alvin Kamara of the Saints.

Green Bay needs Sullivan to play well especially on third downs when the defense needs to make a stop and get the ball back to Aaron Rodgers and company.

Sullivan had a good year but was more effective in 2019 when playing at the dime back position. If Sullivan plays well in the playoffs, the Packers defense should be better, especially on third downs.

With David Bakhtiari out for the rest of the postseason, the Packers will be relying on Rick Wagner and Billy Turner to play tackle.

Wagner has done a good job filling in at tackle when injuries struck the Packers offensive line. In fact, he has graded out as a top 25 offensive tackle in the league according to Pro Football Focus.

Wagner has been a very good pass blocker at right tackle and a good run blocker despite playing with a series of nagging injuries this season.

The former University of Wisconsin star has given the Packers offensive line great depth and will be relied on to protect Rodgers and give him enough time to throw while the Packers face some teams with strong pass rushes in the playoffs.

Gary is behind Za’Darius Smith and Preston Smith on the depth chart, but he is a key component of the Packers pass rush.

The former Michigan star had five sacks for the Packers this season but more importantly, was able to put consistent pressure on opposing quarterbacks when he was in the game. Gary was credited with 19 pressures, 11 quarterback hits, five tackles for loss and five quarterback knockdowns.

Many of Gary’s pressures helped other Packers players record sacks or forced quarterbacks to throw earlier than they wanted to and disrupted opposing offenses.

The Packers will need players other than the Smith Brothers to step up and make the pass rush go. If Gary can fill that role like he did during the regular season, the defense will be tougher to score against in the postseason.

Aaron Jones is the Packers number one running back, but don’t overlook the importance of Jamaal Williams to the Packers attack.

Williams is the Packers best pass blocking running back and their most reliable receiver. Being able to do both is a key factor for the offense which wishes to call running plays and passing plays from identical formations to keep opposing defenses off balance.

Williams missed two games this season but he still gained 505 yards on the ground while catching 31 passes for 236 yards and a touchdown.

Because Williams is a stronger inside runner, he compliments the speed and outside running of Jones very well. Williams also traditionally plays well on sloppy, frozen or wet fields which may make him a bigger factor in Green Bay in January.

A.J. Dillon may also figure in this equation if the coaching staff trusts him enough to play a big role in a playoff game. Having a big, bruising back run the ball in the fourth quarter of a playoff game in cold weather could be a tough thing for opposing defenses to try to stop.