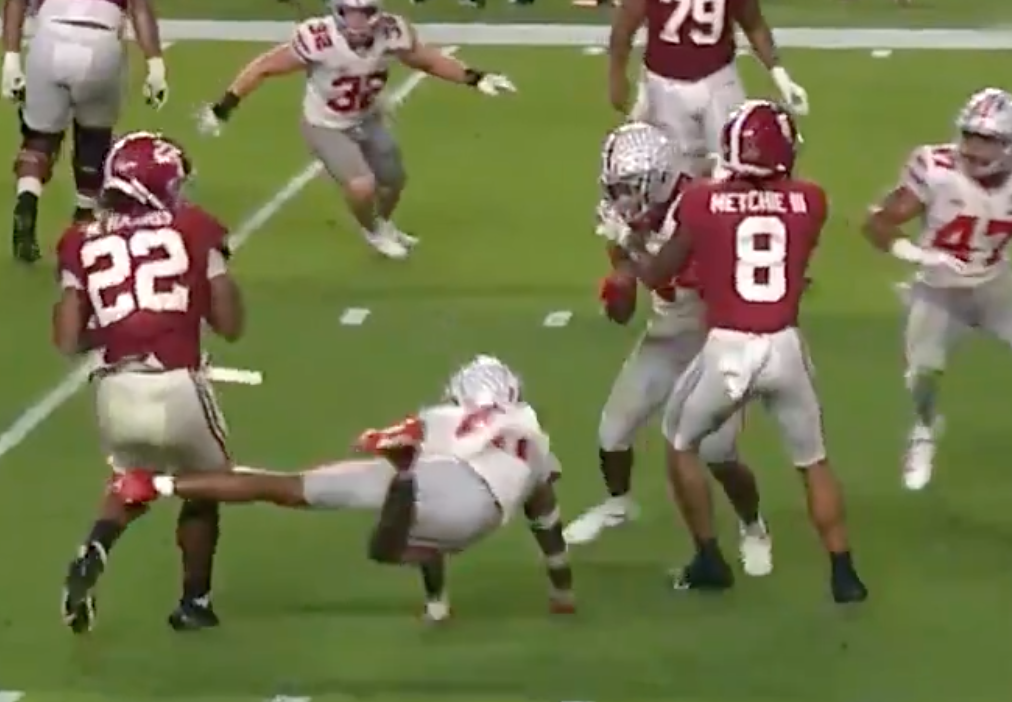 Alabama put a beating on Ohio State in the 2020 College Football Playoff National Championship Game, and its physical play was a big reason why.

The Crimson Tide looked like a more prepared, fired-up team from the getgo, playing like they simply wanted it more. Not only that, the coaching advantage was made clear right out of the gate, as Ryan Day and his staff didn’t look like they even belonged on the field.

Alabama controlled the trenches throughout the game. They field the best offensive line in college football, and they showed it on Monday night, pushing Ohio State around and opening gaping holes.

They set it up, and running back Najee Harris did the rest. He showed just how strong he is on one particular play in the first half of the game, when he caught a pass in the red zone, then trucked a Buckeyes defender — continuing to keep his legs churning in the process.

That sure looked like targeting by the defender, but Harris blasted the poor guy so hard that no call was needed. He delivered more of a hurting than his counterpart.