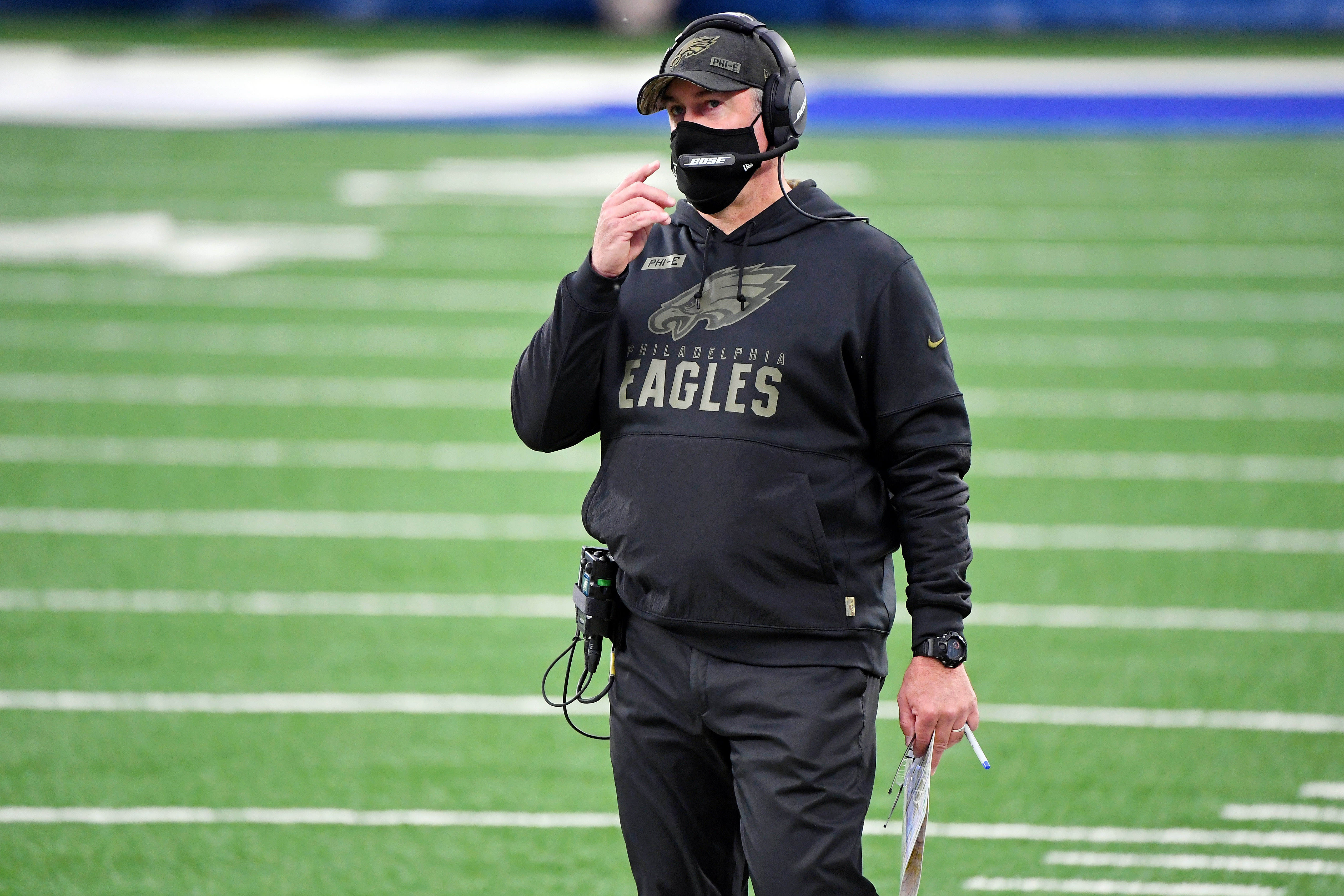 McLane added that Lurie was reportedly underwhelmed by Pederson’s suggestions and wanted outside candidates with top credentials. All of this news comes off of the heels of ESPN NFL insider Chris Mortensen’s report over the weekend.

Mortensen and ESPN’s Tim McManus reported that Pederson might be out if Lurie was not confident in the coach’s vision. The Eagles finished the regular season with a record of 4-11-1, which included a tie against the Cincinnati Bengals and Pederson pulling rookie quarterback Jalen Hurts in the second half for Nate Sudfeld.

Nevertheless, this was a tumultuous season for both Pederson and the Eagles as a whole. Starting veteran quarterback Carson Wentz struggled, and the team was once again crushed by injuries. However, Pederson cannot be absolved because there were numerous questionable playcalling decisions throughout the season.

But Pederson’s playcalling was just a microcosm of larger issues that the Eagles face going forward. According to Ian Rapoport of NFL Network, Pederson was reportedly sick and tired of people telling with what to do.

This organization has cap space issues, a fan base that is not happy with the job that general manager Howie Roseman has done, and a disgruntled quarterback.

With all that being said, it shall be interesting to see who the Eagles end up hiring to replace Pederson. Pederson leaves Philadelphia with a record of 42-37-1 and a Super Bowl victory in 2017.