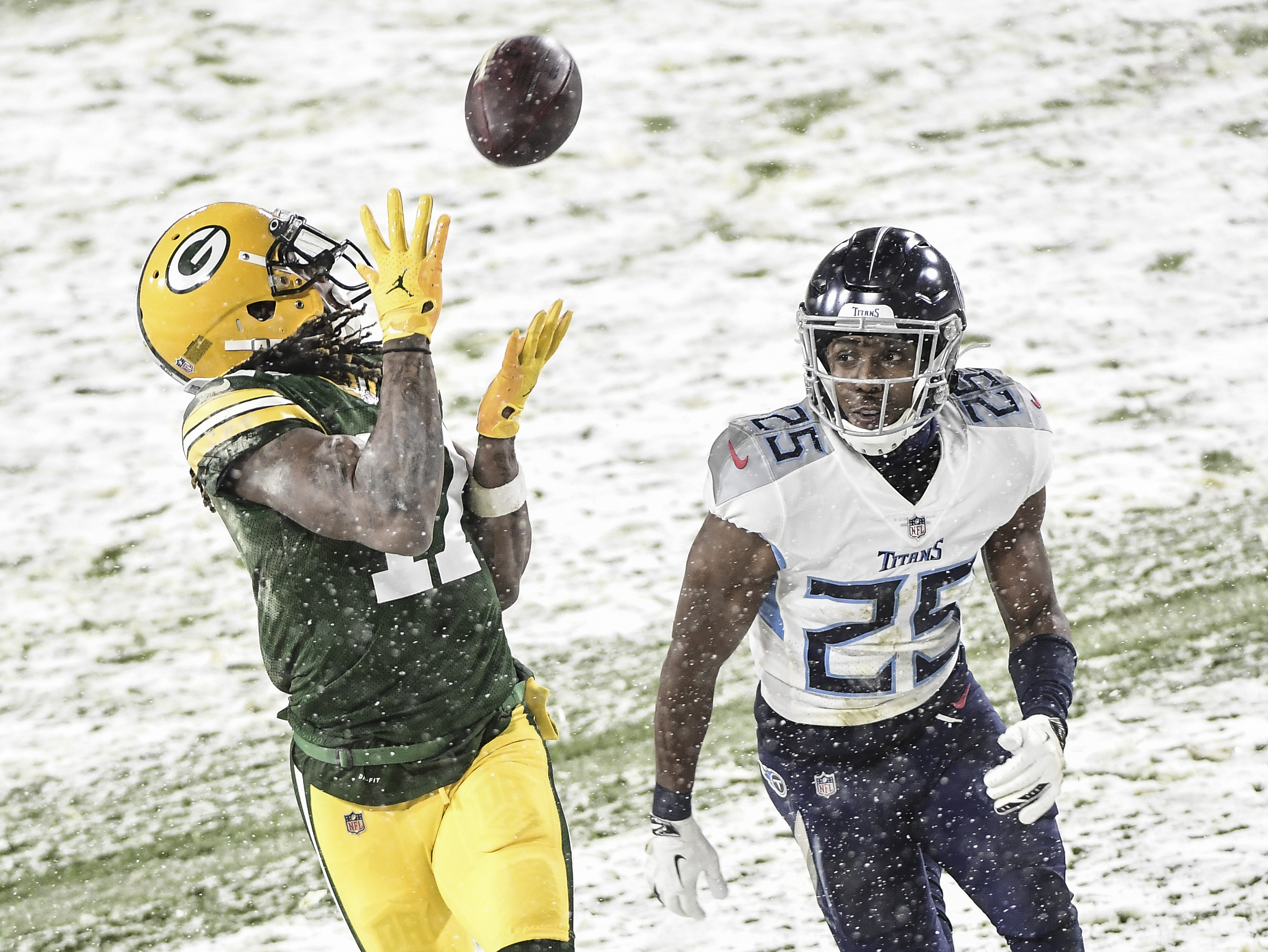 The Green Bay Packers will open their postseason on Saturday afternoon when they host the Los Angeles Rams at Lambeau Field. Like any playoff game, this one features two talented teams and several outstanding individual battles between players and units that will be fascinating to watch.

Here is a look at five intriguing matchups that will be featured in Saturday’s game. How they play out will help determine the outcome of the game:

The Rams offense is very much like a mirror image of the Packers offense philosophically. The Rams don’t have an Aaron Rodgers and they don’t have as many weapons as the Packers have right now, but the foundation of the system is the same.

It will be interesting to see how Pettine plans to defend an offense that is very much like the one he sees in practice every week.

With the Rams quarterback situation up in the air due to injuries to both Jared Goff and backup John Wolford, look for McVay to emphasize the running game more than he usually does. Will Pettine implement a similar game plan to the one that helped shut down the Titans and Derrick Henry in Week 16?

This should be an interesting chess match between two experienced and highly regarded coaches.

Za’Darius Smith is the Packers most dangerous pass rusher and earned Pro Bowl honors after recording 12.5 sacks and 12 tackles for loss.

The Rams left tackle will be veteran Andrew Whitworth. The former LSU star is a four-time Pro Bowler who is now in his 15th NFL season. Whitworth is 39-years old and he’s seen it all in this league. Despite his advanced age, Whitworth continues to play at a high level and was ranked in the top five among offensive tackles by Pro Football Focus.

The Packers will try to move Za’Darius Smith around to get a favorable matchup for him, but he will go up against Whitworth on many snaps in this game.

Green Bay must get some pressure on the Rams quarterback and finding a way to get Za’Darius Smith an advantage will be key.

The Rams are likely to rely heavily on Robert Woods especially after Cooper Kupp was slowed by an injury in the Rams win over Seattle.

Woods matched his career high this season with 90 catches which were good for 936 yards and six touchdowns.

Alexander has been one of the game’s best shutdown cornerbacks this season, taking his game to a new level. He is confident, quick and smart on the field.

If Alexander can contain Woods like he contained so many other top quality receivers this season, the already struggling Rams passing game can become less of a factor on Saturday.

Aaron Donald is the best interior defensive lineman in the NFL today. The former University of Pittsburgh star has been named to the Pro Bowl after each of his seven NFL seasons. He is strong and quick and gets consistent penetration against both the run and the pass.

The Packers have All-Pro center Corey Linsley who has graded out as the top center in the NFL for most of the season. Linsley will likely get some help from guards Lucas Patrick and Elgton Jenkins when trying to handle Donald.

You can expect the Rams to move Donald around to try to get advantageous matchups and probably to have him line up opposite Patrick as often as possible.

Donald had 13.5 sacks this season while making 45 total tackles including 14 tackles for loss.

Donald suffered a rib injury during the Rams playoff win over Seattle last Saturday so he may not be at full strength this week.

The Packers still need to take Donald seriously and prevent him from disrupting the Green Bay offense and getting in the face of Aaron Rodgers.

Adams had an outstanding season and established himself as one of the best (if not the best) receivers in the league. He is quick off the ball and does a great job of gaining an immediate advantage on defenders by disguising his routes right off the snap. Adams also has outstanding chemistry with Rodgers and the two know how to make adjustments mid-play.

The Rams acquired Ramsey from the Jaguars in 2019 to bolster their secondary. In 15 games this season, Ramsey had only one interception and broke up nine passes. Still, many quarterbacks avoid throwing to Ramsey’s side of the field because he is such a good cover corner.

Ramsey has good size for a cornerback at 6’1” and the Rams are hoping he can limit the damage that Adams can do against their defense. The Packers have several options including throwing short passes to Adams at the line of scrimmage and having him make a move to gain positive yards after the catch. They may also try to throw to TE Robert Tonyan and or their running backs if Ramsey is able to limit Adams.

This matchup, this game within a game, should be a fascinating one to watch as two of the game’s best go head-to-head with a berth in the NFC Championship Game on the line.