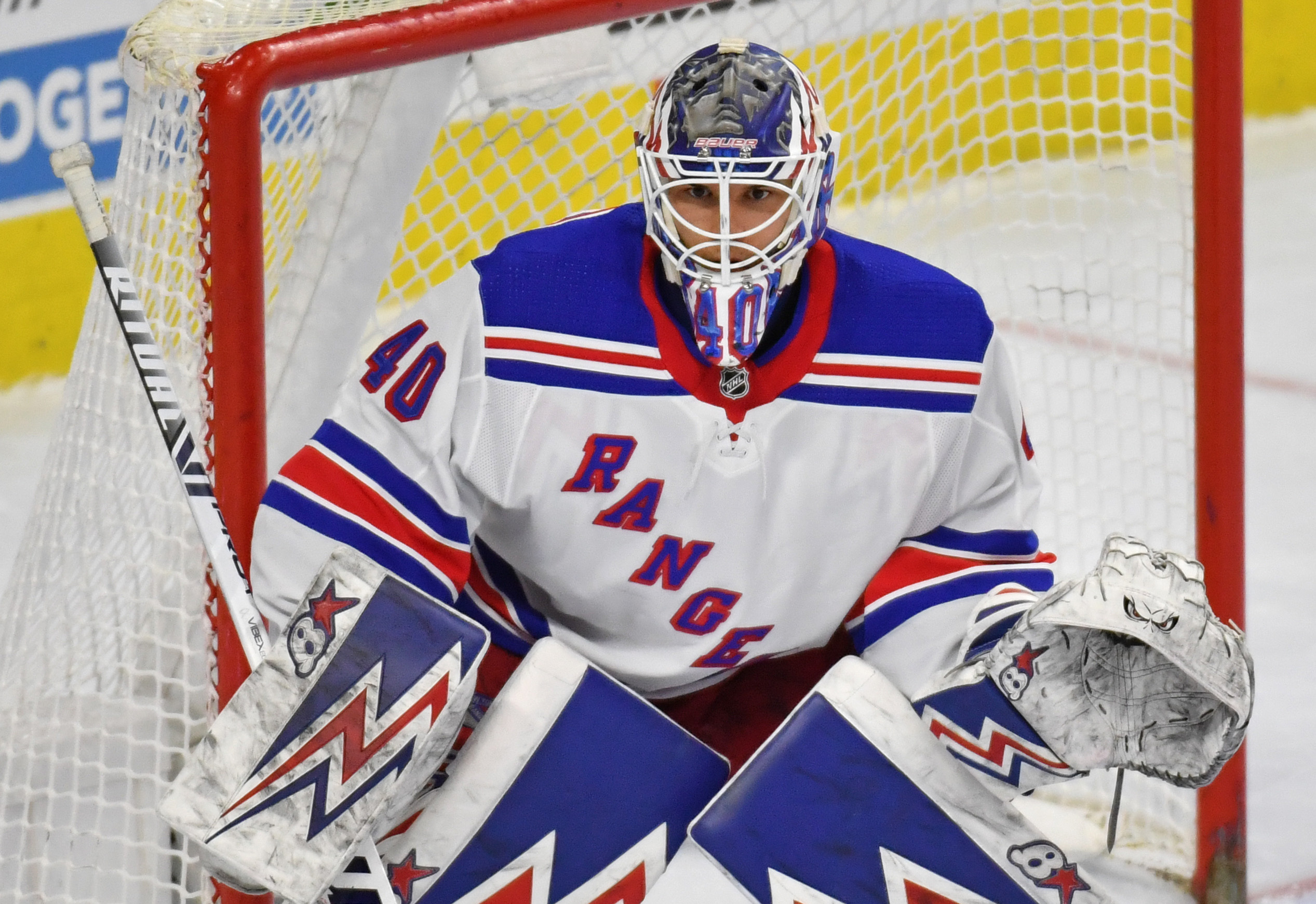 Expectations are higher for the New York Rangers in 2020-21, as there is great optimism with number one pick Alexis Lafreniere in the mix. On Saturday night at Madison Square Garden, there is reason for Rangers fans to show encouragement with their goaltending too, as Bulgarian-born Russian Alexandar Georgiev recorded his fifth National Hockey League career shutout, as the Rangers blanked the New York Islanders 5-0 to improve their record this season to one win, and one loss.

The Rangers have decided to go with the tandem of Georgiev and Igor Shestyorkin in 2021. The decision was significant because they were also saying goodbye to Henrik Lundqvist, who had been the Rangers netminder since 2005. Lundqvist, who was simply known as “The King,” signed with the Washington Capitals on October 9 to backup Ilya Samsonov. However, Lundqvist will not play this season because on December 17, he announced he would miss the season due to a heart condition that required open-heart surgery.

On Saturday, Georgiev made 23 saves. He had 10 saves in the first period, seven saves in the second period, and six saves in the third period. This was Georgiev’s first game of the season, as Igor Shestyorkin got the start on Thursday, and was shaky in a 4-0 loss to the New York Islanders. Georgiev previously had two shutouts each for the Rangers in their 2018-19 season and 2019-20 season.

Offensively for the Rangers on Saturday, fellow Russians Pavel Buchnevich and Artemi Panarin were exceptional. Buchnevich had two goals and one assist for three points, while Panarin had two goals. The Rangers also got a goal from second-year Finnish winger Kaapo Kakko.

The Rangers were the second team this week to bounce back with a shutout after a disappointing first game of the season. The Colorado Avalanche lost to the St. Louis Blues 4-1 on Wednesday before winning 8-0 on Friday.