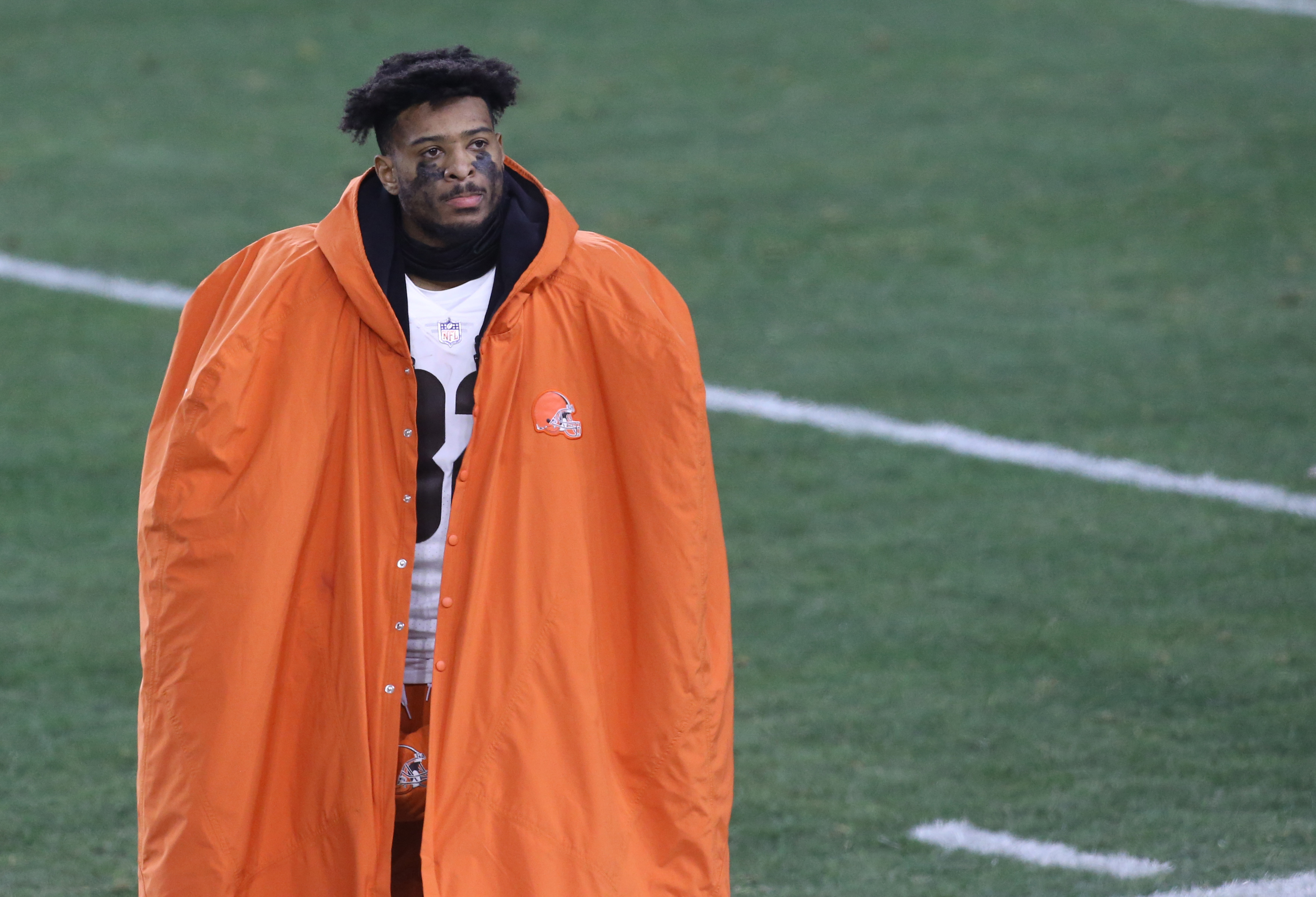 The Cleveland Browns needed all the help they could get in Sunday’s AFC Divisional Playoffs game, given that they were going up against the defending champion Kansas City Chiefs, but they sure didn’t get any from the referees.

And it hurt them in one pivotal moment late in the first half — big-time.

It happened with under two minutes remaining, with Rashard Higgins having caught a pass, a few yards from the end zone. He dived for the pylon, but absorbed some contact from Daniel Sorensen, which caused him to fumble the football out of the end zone for a touchback.

But upon further review, it sure looked like Sorensen lowered his helmet, and it should’ve been a targeting penalty.

When the league makes a stink about leading with the helmet, and then this play causes a fumble costing the @Browns a TD.

Browns probably should’ve had first-and-goal there, rather than a touchback. Brutal.