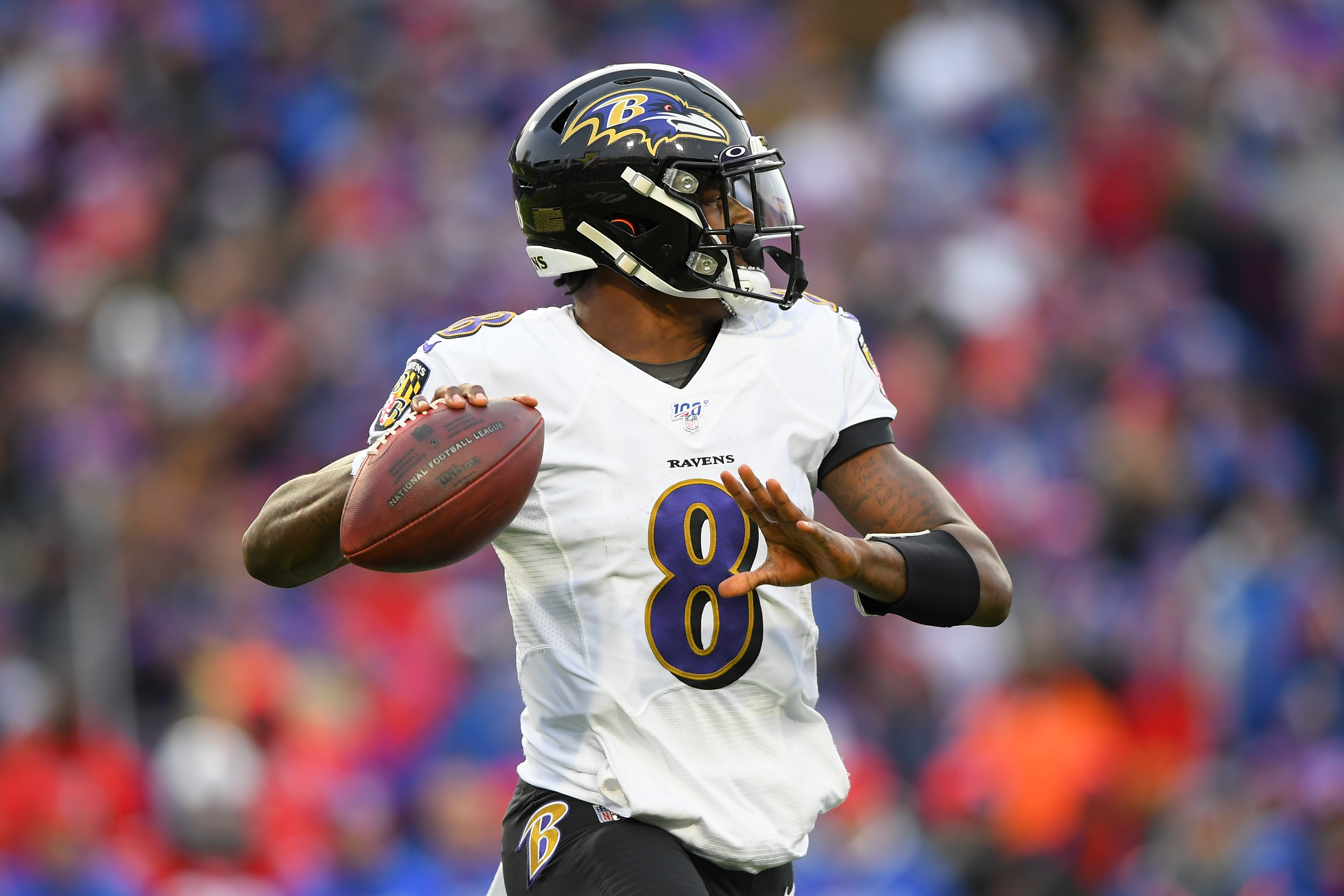 Somewhere in all of these statements, is the Lamar Jackson that has taken the NFL by storm these last two season.  But here’s another fact- Lamar Jackson could be even scarier if he develops his passing game.

If Lamar Jackson wants to be listed as one of the elite quarterbacks in the NFL, he has to develop into a more complete player, a passing quarterback whose ability to run leaves a defense on the edge.

Lamar is in that same company right now, the only difference is that they developed into solid passers.

Steve Young was often criticized early in his 49ers career for his “looking to run” first approach, a classic example being probably the most iconic moment of his NFL career, the run against Minnesota in 1988.  But once started to develop into a passer, those runs weren’t necessary anymore, but they were there if he needed them.  Young went on to set the Super Bowl record with six-touchdown passes, a record that still stands to this day.

Before there was Lamar Jackson, there was Michael Vick, oohing and ahhing the league with his runs.  Again, the most iconic play of Vick’s career came in the form of his overtime TD run against the Atlanta Falcons.  Vick then went on to Philadelphia and in 2010, for the only time in his career, broke 100 for his QB rating, and in a memorable Monday Night torched the Washington Redskins to the tune of six total touchdowns (6), four through the air and two on the ground in a 59-28 route.

More recently, Buffalo Bills quarterback Josh Allen went from a run first threat, into an elite passing QB whose legs can change the outcome of a game.  In one year, Allen doubled his TD passes from 20 to 37, and threw for almost 1,500 more yards.  His completion percentage went up, his QB rating went up, Buffalo finished with the 2nd best record in the AFC, and Allen is an MVP candidate. 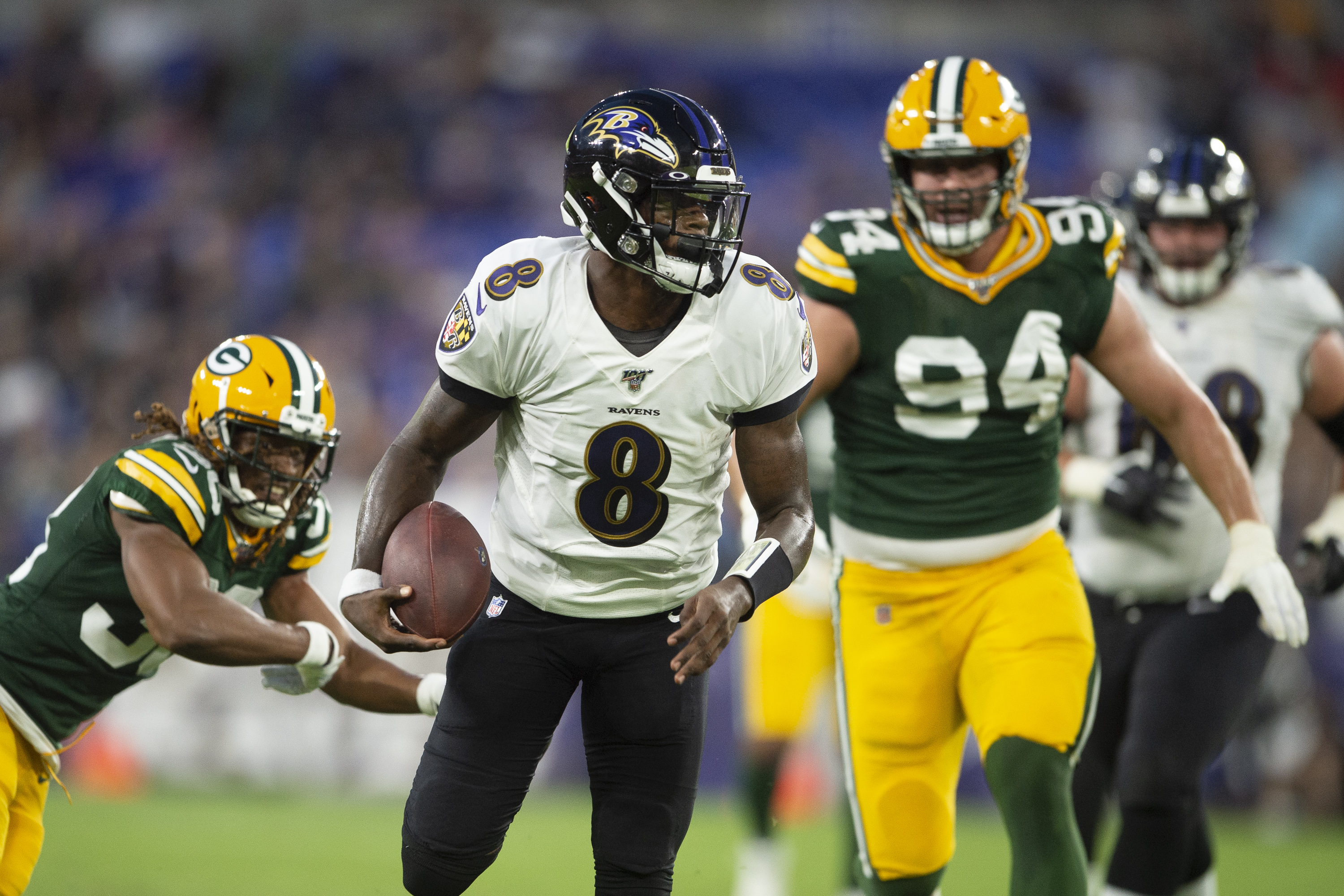 The maturation of the three quarterbacks mentioned above is the next step that Lamar Jackson needs to take to get to that level.

Yes, Lamar has already been a league MVP, but it’s not enough to scare a defense.  Going through a growing process like Josh Allen, Young, and Vick did, is what scares a defense, because before, you could play to the strength of the quarterback, and in their case it was their running ability.

Yesterday’s playoff loss to Buffalo is a perfect example of how the Bills played to Lamar Jackson’s strength- his legs.  Lamar and the Ravens offense struggled offensively, only scoring 3-points with Jackson at quarterback. Because he couldn’t get going on the ground (9 carries for 34 yards), they forced him to throw (14 of 24 for 162 yards), with limited overall success.  Yes, Baltimore missed several scoring opportunities, including two missed field goals by Justin Tucker, but the two biggest mistakes of the game happened on back-to-back plays, and both were on throws that completely turned the tide for Buffalo.

On 2nd down from the 9-yard line, Lamar missed a wide open Hollywood Brown for what would have been a walk in touchdown to tie the game at 10 apiece, but pressure from Buffalo forced a bad throw.  On the next play, Jackson forced a ball into double coverage, the interception was returned 101-yards for a touchdown.  Just a couple of plays later, Jackson was knocked out of the game with a concussion.

His backup however, Tyler Huntley, a 4th string quarterback playing because of injuries to RG3 and Trace McSorley, came in and played pretty well.  His pocket presence and looking to throw first, nearly led to two touchdown passes late in the 4th quarter, but one ball was overthrown and another, which would have been a tough catch was dropped.

But you saw the difference between the two, between Lamar and his legs, and Huntley and his arm.

If Lamar Jackson can develop into that mold, along with those legs and running ability, you’re looking at a quarterback that will take the next step in his maturation as a football player, and if you thought Lamar was scary now, imagine what he can and will do once he fully develops his passing game.

Watch out NFL, because yes, Lamar can get that much better.