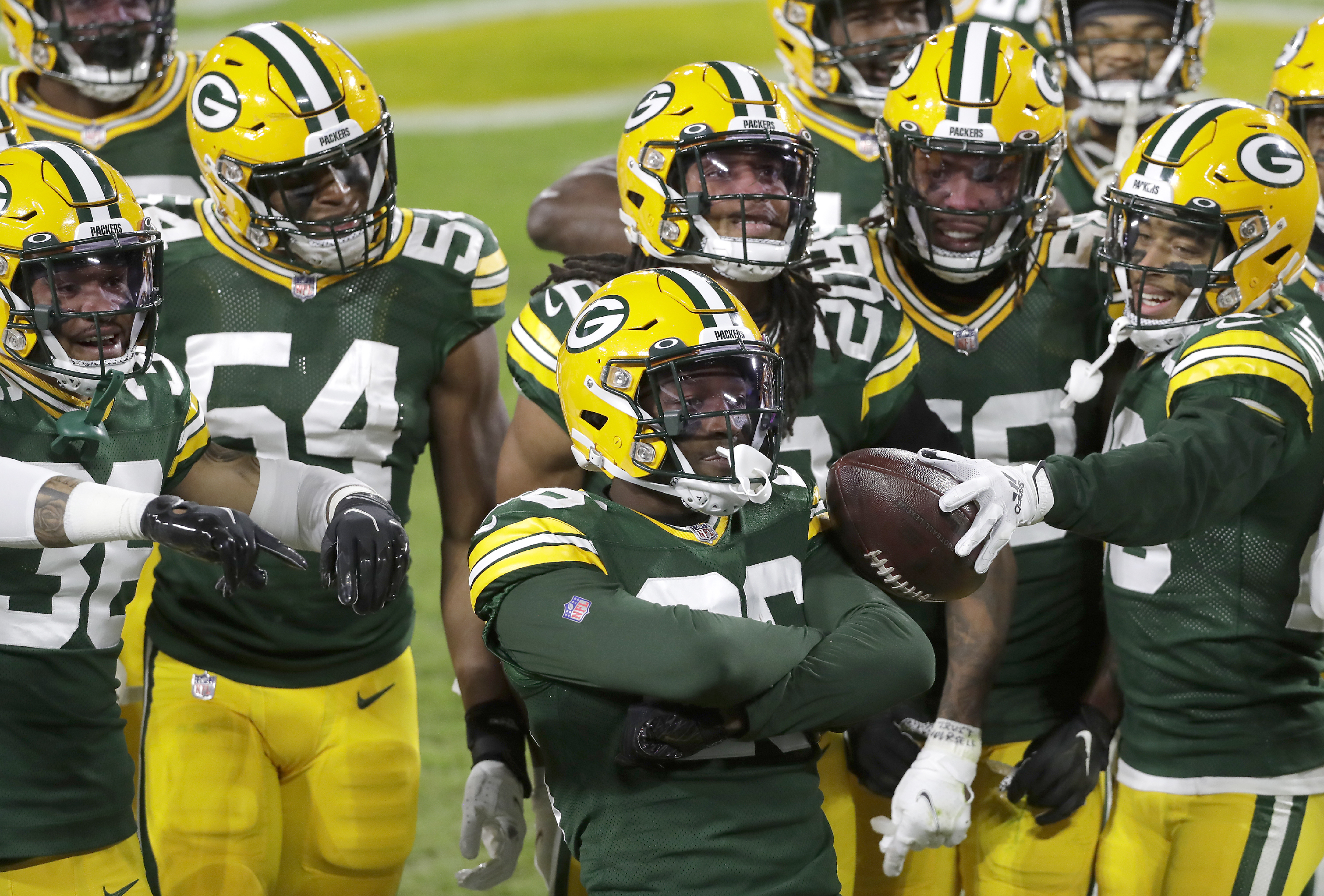 The Green Bay Packers enter the NFC Championship Game with the Tampa Bay Buccaneers with the top scoring offense in the NFL. While everybody talks about the prowess of Aaron Rodgers and company, the Packers defense has quietly become a quality unit during the team’s current seven-game winning streak.

The defense is 13th in the NFL in points allowed over the course of the season, but after the team’s overtime loss to the Colts in Week 11, Mike Pettine’s unit has picked up its play and gotten the job done to contribute to the team’s winning streak.

Here is a look at some of the accomplishments of the defense over the last seven games:

The defense has cut down on its points allowed during the winning streak. Over the last seven games, the Packers have allowed a total of 129 points, an average of just 18.4-points per game.

Here are five reasons for the defense’s improved play down the stretch:

The Packers have gotten consistent pressure on opposing quarterbacks during their seven-game winning streak. During that time, the Packers have recorded 24 sacks or roughly 3.4-sacks per game. More importantly, even when they don’t sack the quarterback, they are getting pressure and forcing poor throws more often than they did early in the year.

Za’Darius Smith and Rashan Gary have been the biggest contributors to the pass rush, but it hasn’t just been those two. Preston Smith has picked up his game as Gary threatened to cut into his playing time and defensive tackle Kenny Clark has also played his best football of the season in December and January.

Clark was injured in Week 1 and it took him a while to recover. But he has come on down the stretch and recorded 2.5 sacks and three tackles for loss in the last seven games while recording 23 total tackles. When Clark adds pressure from the inside, it makes Gary and the Smith Brothers that much more effective coming off the edge.

Cornerback Jaire Alexander has been playing at an elite level all season. Alexander has truly shut down some top receivers this year and has established himself as a shutdown cornerback.

All the talk leading up to the playoff game against the Rams was about the anticipated battle between Jalen Ramsey of LA and Davante Adams. Well, the Packers were able to frustrate Ramsey and completed several passes against him including Adams’ one-yard touchdown catch that put the Packers ahead 10-3.

But the Rams were unable to throw against “Ja-Money”, completing just one pass for minus-three yards all game against the Packers Pro Bowl cornerback.

The Packers still get into trouble when they play a soft zone and only rush three after they take a lead, but the defense does well enough to allow the offense to take a lead and then holds on to it.

The Packers have also gotten improved play from their safeties in the final seven games. Adrian Amos played so well down the stretch that he finished the season as the second-ranked safety in the league according to Pro Football Focus.

Amos is intelligent and extremely reliable. He is positionally sound and his consistency allows his teammates to take some chances knowing Amos will be where he is supposed to be.

Meanwhile, Darnell Savage has taken his game to the next level and made his second-year jump in the final half of his sophomore campaign.

Savage also delivered some hard hits and made some solid tackles on run defense as well. After a slow start to the season, Savage ended up in the top 15 in PFF’s ratings among NFL safeties.

The improved safety play helped upgrade the overall play of the defense.

The Packers lost both of last year’s starters at inside linebacker to free agency with Blake Martinez and B.J. Goodson both signing elsewhere.

The Packers added Christian Kirksey in free agency, but he struggled early in the season and then suffered an injury that saw him miss five full games and parts of another. When he returned, Kirksey continued to disappoint at first, but after Pettine took away Kirksey’s play-calling responsibilities and had him rotate with rookies Krys Barnes and Kamal Martin, Kirksey’s play improved.

Barnes has been a huge find as an undrafted free agent. He took over the defensive play calling duties from Kirksey and that seemed to help him. In the season finale, Barnes made 14 total tackles to lead the team. He paced the club again in the playoff game against the Rams despite injuring his thumb and finishing the game wearing a club.

Once the inside linebackers adapted to their new roles and grew comfortable in them, their play picked up and the Packers defense improved.

The Packers run defense has been a question mark for quite some time, but during the final six games of the regular season, the Pack proved they could contain some dangerous run offenses.

The biggest test came in Week 16 against the Titans. Derrick Henry gained more than 2,000 yards this season but Green Bay held him to 98 yards with much of that coming well after the Packers had taken a big lead and didn’t mind allowing Henry to gain four or five yards as long as the clock kept moving.

Pettine showed that he could devise game plans to stop the run, playing with more defenders in the box and bigger fronts rather than the nickel and dime packages he often uses to stop the pass first.

The flexibility and creativity that Pettine showed came after some players spoke to the coaching staff and asked to simplify things a bit. The Packers defense has improved since then and that has been a big reason the team is on a seven-game winning streak.

The Packers are two victories away from winning the Super Bowl and a league-high 14th NFL championship. They will need the defense to continue to play at a high level to reach that lofty goal.