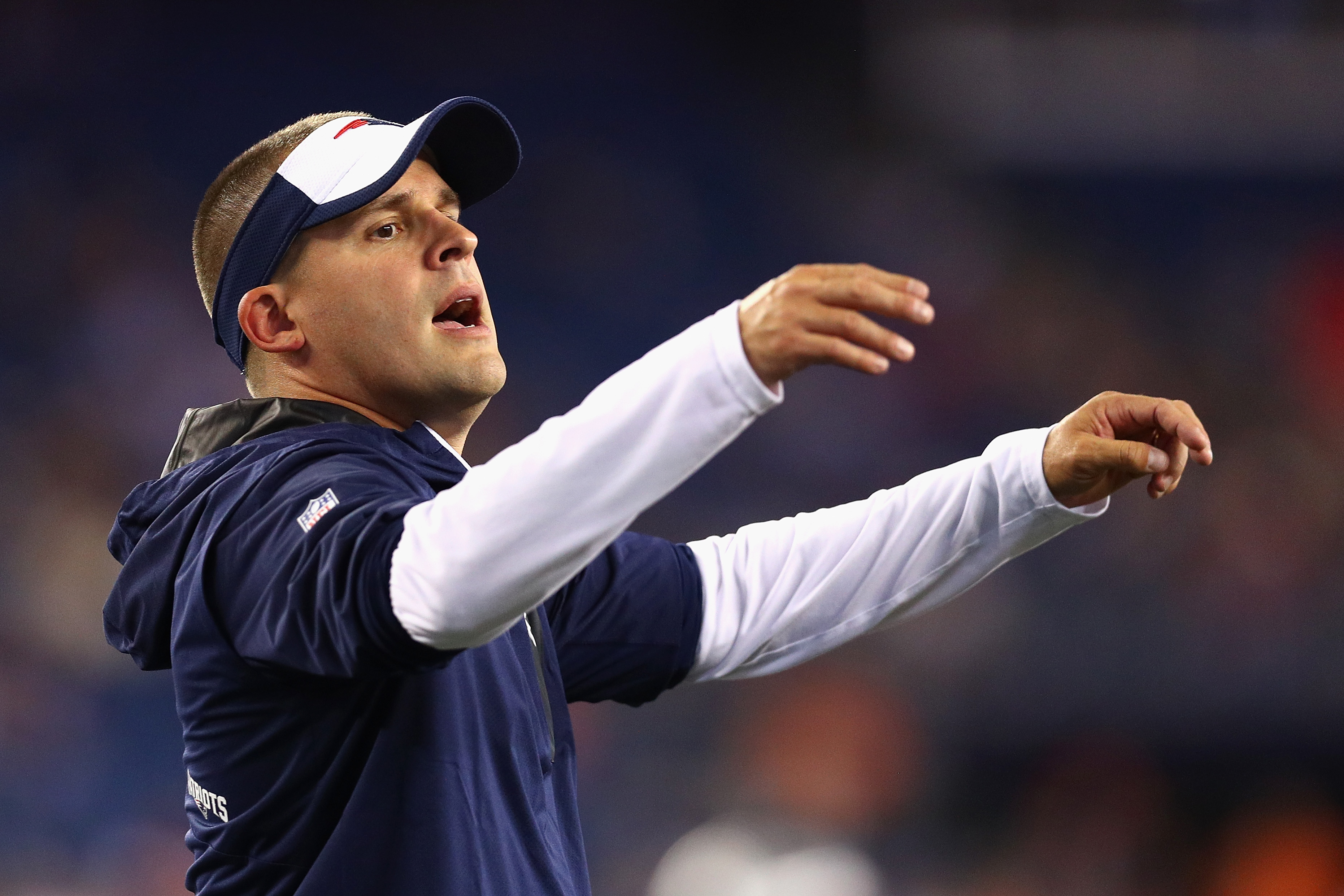 John McMullen contributes Eagles coverage for SI.com’s EagleMaven and is the NFL Insider for JAKIB Media. You can listen to John every Tuesday and Thursday on “The Middle” with Eytan Shander, Harry Mayes, and Barrett Brooks on SportsMap Radio and PhillyVoice.com. He’s also the host of Extending the Play on AM1490 in South Jersey. You can reach him at jmcmullen44@gmail.com or on Twitter @JFMcMullen

McMullen’s easy-going voice can be comforting to Eagles fans if you catch him on his radio interviews with out-of-market stations, as I did for years in the Baltimore market on 105.7 The Fan. Otherwise, you could only catch his takes on local Philly stations or by reading his columns at SI.com.

So it made sense to get his opinion on how Josh McDaniels seems to be the current odds-on favorite to get the Eagles’ HC job vacated by Doug Pederson.

Here’s John in his own write on the recruitment of the controversial McDaniels:

“There is a lot to like about Josh McDaniels and that’s why the long-time Bill Belichick offensive coordinator was always in demand when it came to the NFL’s hiring cycles.

“By all accounts, McDaniels is a very good offensive mind with tremendous success on his resume like just about everyone else who spent significant time in New England during the Belichick-Tom Brady era.

“The reward of working with perhaps the greatest head coach and quarterback of all-time meant six Super Bowl rings and double-digit interviews for McDaniels after a rehabilitation period from his first opportunity in the big chair as an ill-prepared 32-year-old being thrown to the wolves in Denver.

“McDaniels’ time with the Broncos, notably his awful miscalculation on Tim Tebow, his often immature reactions to Jay Cutler, who admitted he did not trust McDaniels, and an overblown “cheating scandal,” didn’t exactly cast the young coach in a good light.

“The penance was a year as the offensive coordinator with Sam Bradford in St. Louis where the advanced numbers say the Rams had the worst offense in football.

“From there Belichick took pity, brought McDaniels back into the secretive New England fold that Jeffrey Lurie has envied for years, and started the reclamation project.

“The reunion with Brady resulted in belle-of-the ball status, so much so that McDaniels was again often the flavor of the month, the guy who was still young enough to pick and choose the right job.

“That of course came in February of 2018 with the up-and-coming Indianapolis Colts just off the Pats’ Super Bowl setback to Philadelphia.

“McDaniels, though, did a 180 after Belichick pressed him to stay, an act deemed so unprofessional that coaching super-agent Bob LaMonte dropped McDaniels as a client.

“It probably wouldn’t have mattered all that much to McDaniels, who was seemingly the heir-apparent to the now 69-year-old Belichick in New England.

“The unthinkable happened, however, and Brady fled to Tampa for the warm weather and some fun during his waning days and Belichick showed no interest in walking away from the Pats.

“All of a sudden, the emperor had no clothes in New England just as the Buccaneers are getting ready to play in the NFC Championship Game.

“No longer in demand, McDaniels got one interview in this cycle with an opening considered less-than-optimal to the new models on the showroom floor like Robert Saleh, Arthur Smith, and even Brian Daboll, who sources say had no interest in Philadelphia before his commitment to return to the Bills.

“The old McDaniels would have snickered at the autonomy Doug Pederson worked with, Lurie’s overbearing insistence of following analytics on game days, and the catch of using a quarterback coming off a historically bad year so the owner doesn’t have to explain a $34 million dead-money precedent to his peers.

“The new McDaniels has to jump at any opportunity and make the most of it.”

And that is the simplified fairy tale, folks, of how the Eagles may end up with Josh McDaniels as their new head coach.