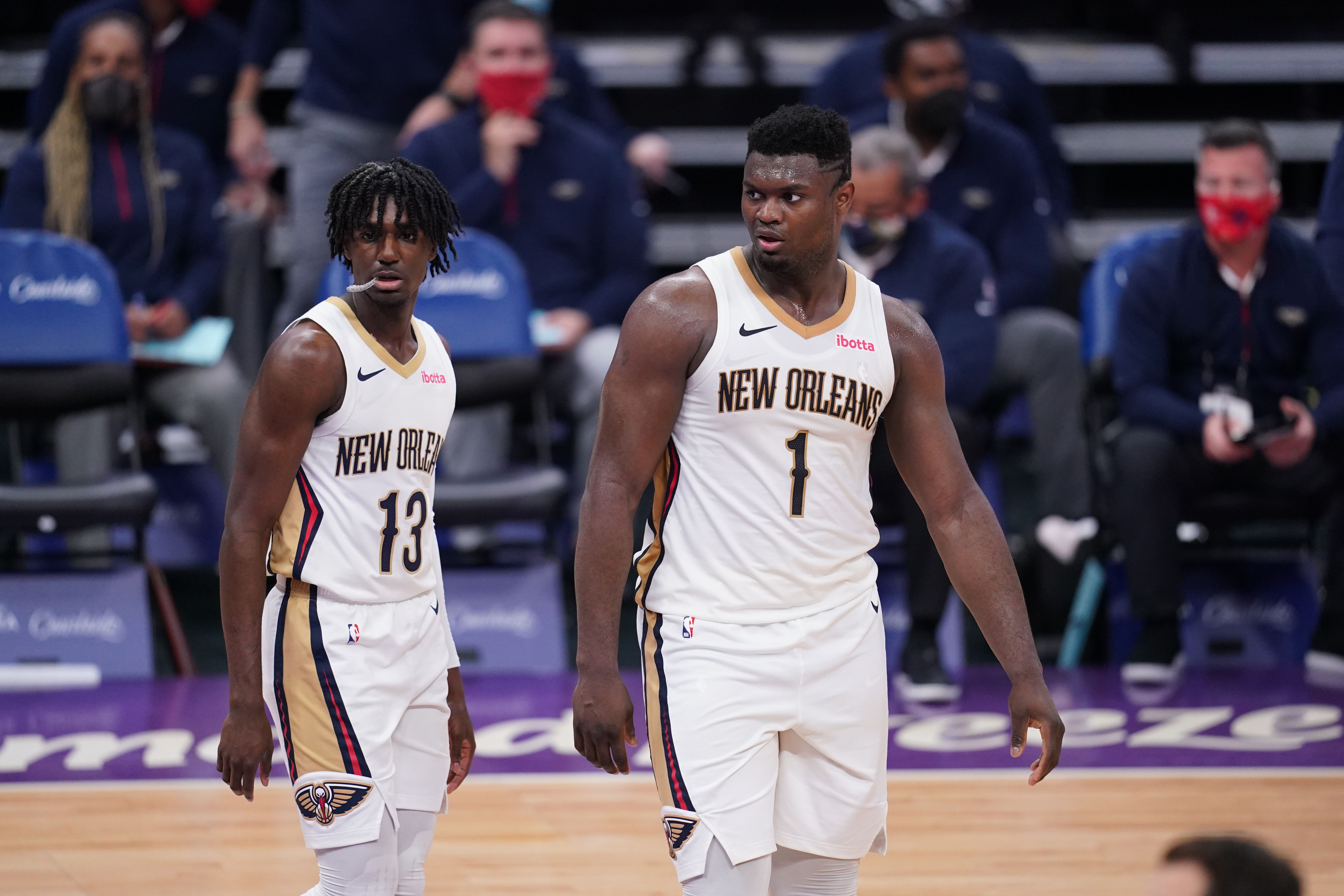 Zion Williamson’s ceiling is extremely high, and he has the potential to become one of the greatest players the NBA has ever seen, but there’s one issue that could hold him back.

Williamson’s weight has fluctuated big-time, and there are stretches when his conditioning has been an issue, as he’s looked out of shape. But he’s reportedly lost roughly 20 pounds since the Orlando bubble, and does look a bit better.

Still, at roughly 260 pounds, he could slim down a bit more, which could potentially help prevent injury as well. Former NBA big man Karl Malone knows all about this issue, and he told Darius Miles and Quentin Richardson all about why he believes Zion needs to stabilize his weight.

“Guys, I love Zion Williamson,” he said on the Knuckleheads podcast.

“We might not ever know his full potential. There was a young man who played at LSU – [Glen] ‘Big Baby’ Davis – Big Baby made a comment about eight months ago. And he came on that show and he said ‘Hey now, guys, I’m about to get into trouble with what I’m about to say.

“I know everybody loves Zion and I love him too. But Zion has the same body type that I got.’ He was talking about himself. And [Davis] said, ‘If [Williamson] don’t get into shape, we’ll never know his full potential.’ And he did get heat for that. But guess what guys, he needs to be averaging 40 minutes a game. You are a 21-22-year-old kid, your a– shouldn’t be getting tired.”

Williamson would be wise to take Malone’s advice.