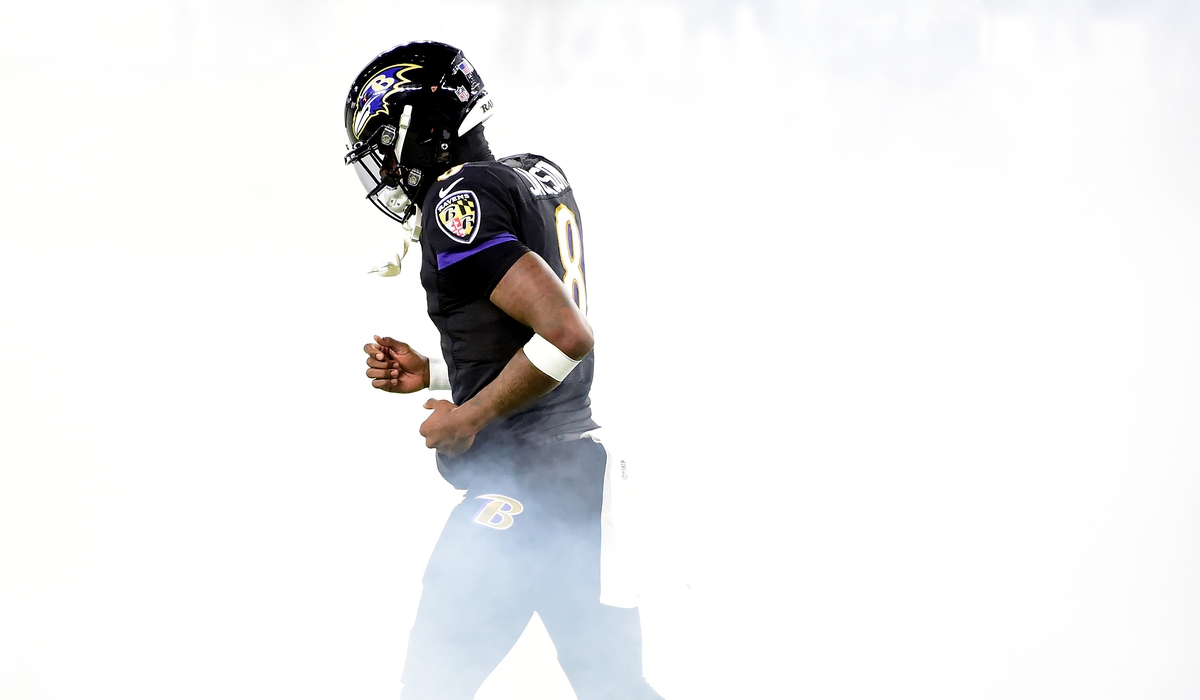 The Lamar-era Ravens will enter their fourth season in 2021 seemingly just a few tweaks shy of establishing a legit run at a Super Bowl appearance.  They remind me of the early McNabb years of Philly when the Eagles did an extended run of NFC near-dominance (2001-2005) riding a dynamic young QB with legs and a stiff defense.

The Ravens have a lot of nice pieces in place with a stable management team. But is it all enough to get to the top?

Clifton Brown of BaltimoreRavens.com suggests the team will address the following concerns:

How will they improve the passing attack?

That is the question weighing most heavily on the minds of pundits and fans after Saturday’s loss. Baltimore finished last in the NFL in passing yards per game (171.2 yards), a decline of 30 yards per game compared to 2019.

During the playoffs the past three seasons, the Ravens’ passing attack has failed to make opponents pay for stacking the box to control their NFL-best running game. In four playoff games, Lamar Jackson has completed just 55.8 percent of his passes and has thrown three touchdowns and five interceptions while being sacked 19 times. Jackson did not throw a touchdown pass in either of Baltimore’s two playoff games this season, and the pick-six he threw with the Ravens driving for a potential game-tying score in Buffalo was the turning point of the game.

As he enters his fourth year, Jackson needs to continue making strides as a passer. Meanwhile, the front office, coaching staff and teammates must continue looking for ways to help Jackson with their offensive concepts and weapons. He is one of the game’s most dynamic talents, the only quarterback in league history to rush for more than 1,000 yards twice. He can make all the throws great quarterbacks need to make; he just needs to make them more consistently.

Saturday night’s 17-3 loss to the Buffalo Bills was the Ravens’ lowest point total since 2009. The Bills are not a great defensive team, nor were any of the teams that have made Baltimore struggle offensively during its last three playoff defeats. A strong effort by the Ravens’ defense against Buffalo was wasted and an opportunity to reach the AFC Championship slipped away. Improving the passing attack is an obvious step the Ravens must take to win a championship.

Which free-agent outside linebackers return?

Outside linebackers Matthew Judon, Yannick Ngakoue, Tyus Bowser and Pernell McPhee are all set to become unrestricted free agents. Judon and Ngakoue are Pro Bowl players, Bowser improved each season, and McPhee had a strong season and is a team leader. Keeping all of them is improbable and losing all four would be a huge hit to the defense.

The Ravens placed the franchise tag on Judon last year and could do it again. He has become a core player on the defense, used in a variety of ways in Defensive Coordinator Wink Martindale’s schemes.

“He’s meant a lot to this defense,” Pro Bowl cornerback Marlon Humphrey said. “I think he’s been a big voice to the defense, for sure. [He’s] one of our top leaders. Hopefully, we can figure it out, and he can stay with us.”

Ngakoue has been a proven pass rusher in the NFL, although he only produced three sacks in 11 games with Baltimore after being acquired in a midseason trade with the Minnesota Vikings. Ngakoue played just 20 snaps against the Bills on Saturday night.

Bowser had two sacks and three interceptions this season. The only Ravens outside linebacker with experience that’s under contract for next year is rising third-year linebacker Jaylon Ferguson, who was a healthy scratch in both playoff games.

Who will be the starting center next season?

Matt Skura, who is a pending unrestricted free agent, had snapping issues before he was replaced by Patrick Mekari as the starter. Mekari had several bad snaps Saturday night, including on the play that resulted in Jackson suffering a concussion. Even before that, Jackson bailed out Mekari several times when he managed to control other errant snaps.

Mekari said crowd noise made it difficult for the offensive line to hear Jackson’s cadence, which threw off the timing of some plays. But the fact Jackson has been sacked 19 times in four playoff games indicates the Ravens need to protect him better in big spots.

The Ravens adjusted well after All-Pro left tackle Ronnie Stanley suffered a season-ending knee injury, moving Orlando Brown Jr. to left tackle, where he had a Pro Bowl year. But Stanley, Brown, and Bozeman are the only three offensive linemen who are clearly established starters at this point. Ben Powers emerged as a reliable right guard during the Ravens’ push to the playoffs. The Ravens will have to decide if Mekari, Skura, Trystan Colon-Castillo or someone else will be next year’s starting center.

How will Baltimore add to the wide receiver group?

In 2019, the Ravens drafted Brown and Miles Boykin. Last year, it was Devin Duvernay and James Proche II. While Brown has emerged as Baltimore’s leading wide receiver, and was especially impactful down the stretch and in the playoffs, Baltimore needs more. Are the other young wide receivers ready to take on big roles, or how aggressive do the Ravens need to be at the position?

Could Baltimore address wide receiver in the draft again? Some mock drafts are already projecting the Ravens to take a wide receiver with the 27th pick, like Kadarius Toney of Florida.

What happens in free agency will help determine that, because the Ravens could target a veteran wide receiver as they have done in the past. There’s a talented free-agent class and pundits already clamoring for Bears wideout Allen Robinson.

It seems likely that there will be at least one new primary wide receiver for Jackson next season.

How do you get past the other AFC heavyweights?

The Kansas City Chiefs are about to play in their third straight conference championship and their star quarterback, Patrick Mahomes, is only 25 years old. The Ravens are 0-3 against Mahomes since he entered the league, and Jackson has half-jokingly referred to the Chiefs as the Ravens’ “kryptonite.”

The Bills have made the playoffs two straight years, and Saturday’s victory proved they could beat the Ravens when the stakes are high. Their quarterback, Josh Allen, was in the same draft class as Jackson and Allen’s passing accuracy made a major jump this season.

Those are just three teams expected to be potential road blocks for the Ravens next season, and others will emerge. To become the last team standing, the Ravens will have to get better.