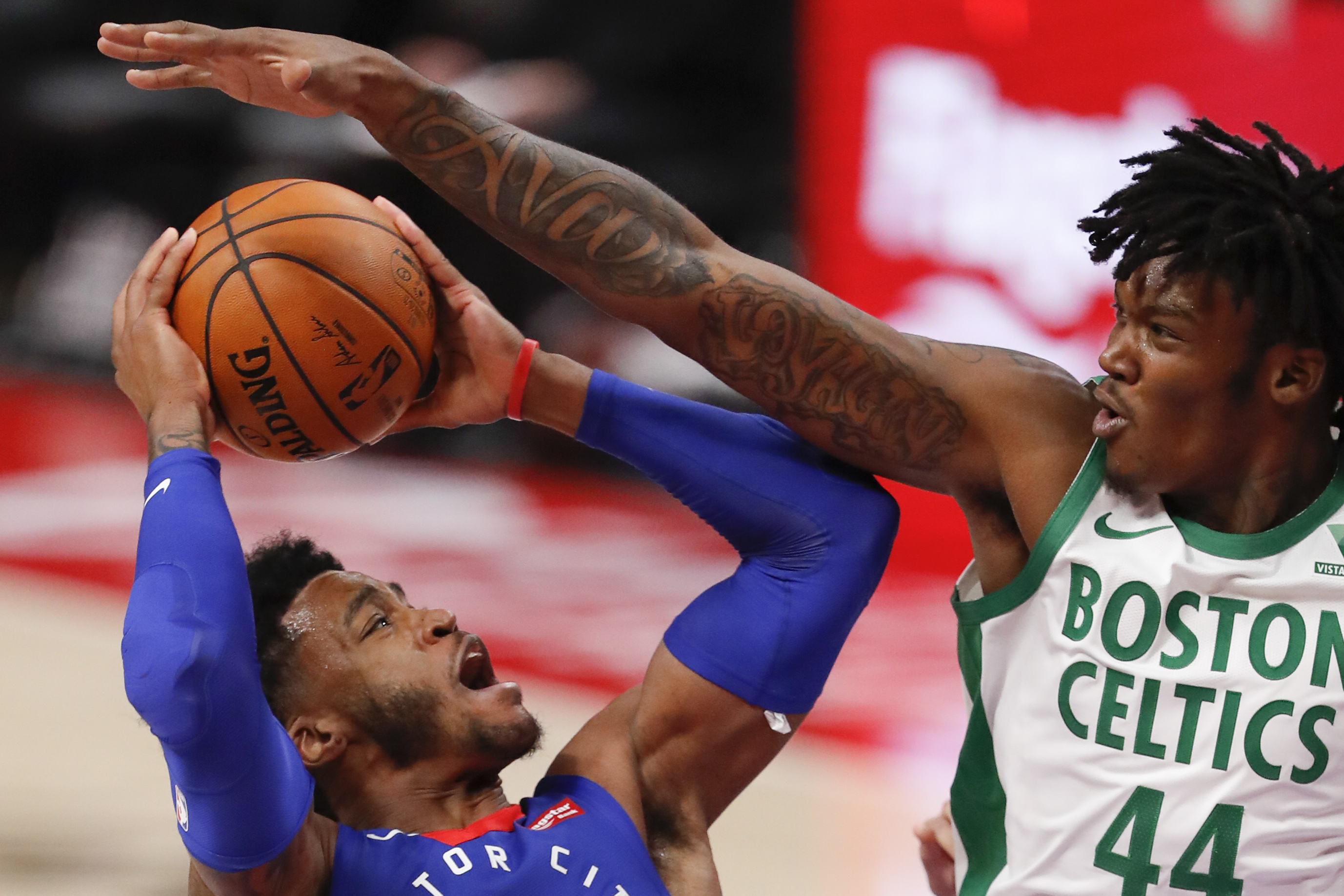 The first sign of trouble for Boston Celtics center Robert Williams came a couple of days before he tested positive for COVID-19.

“My daughter’s mother and my daughter tested positive for COVID,” Williams said after participating in practice for the first time since his own diagnosis. “So my focus wasn’t really on myself at the moment.”

Luckily for the Williams family, everyone, including his mother, who also tested positive, has gotten over the virus. He says his daughter never showed any symptoms, but he did.

“I woke up in sweats,” Williams said, describing the flu-like symptoms that kept him in bed in the early going. “One night, I’m going through not being able to sleep, every five seconds I’m pulling the cover off me and putting it back on me. It was kind of tough.”

Williams found out about his positive test after returning from Miami, the last stop on Boston’s early January road trip. For the nearly two weeks since, Williams has mostly been off his feet.

“At first it was just strictly they didn’t want me to do anything,” he said. “Just keep drinking fluids, keep trying to eat. And as the days progressed, I got strength back, when I felt like I could move around and do stuff I did a couple of stretches at home, just trying to stay on top of my conditioning, staying strong a little bit. But for the most part it was just downtime, man.”

His team would keep tabs on him, checking in to see how he was doing from time to time through a group text. Yesterday, Williams was up at 6 AM for a cardiac test to make sure he wasn’t one of the unfortunate athletes who developed myocarditis, an inflammation of the heart.

Having passed that, Williams was back on the floor and is expected to be available for the Celtics tomorrow night in Philadelphia for their mini-series against the Sixers. There may be lingering cardiovascular effects in the short term, but Williams says he’s happy to back where he belongs.