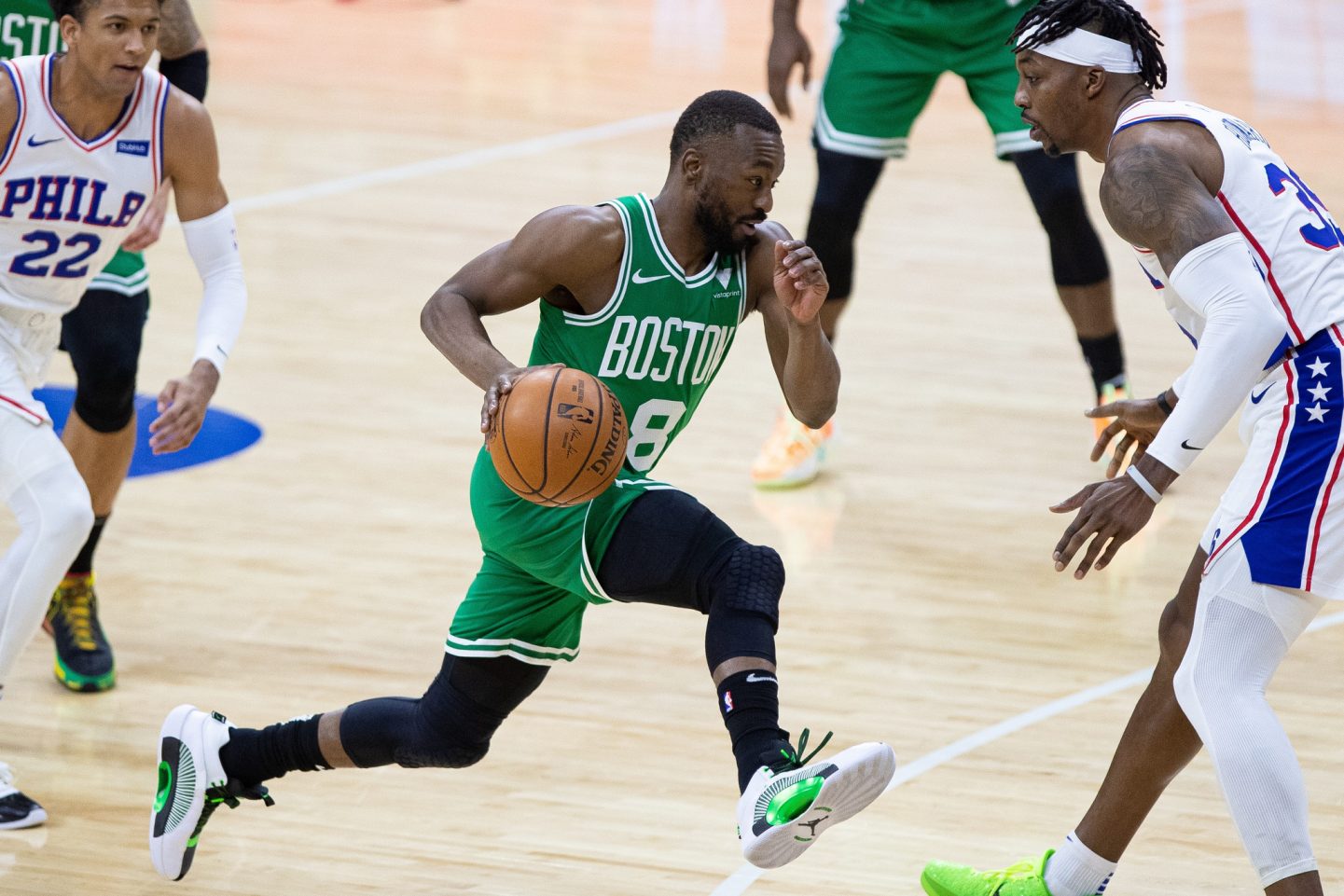 Some losses feel thoroughly stupid, and this Celtics defeat by the Sixers was like that. In this case it’s not because one player blew it, or one boneheaded play or lineup decision doomed the contest to failure. It wasn’t even some kind of all-around, team-wide screwup. (The squad’s offensive cohesion was flummoxed by the lack of rhythm in the fourth quarter, but as we’ll see, that wasn’t exactly their fault.)

Let’s get this autopsy started:

Boston made a handful of legit dumb fouls in the first half. This is empirically true. And that’s…what it is. Big men like Joel Embiid get fouled a lot when players who aren’t big men (or aren’t incredibly defensively adept) get switched onto them in the course of a possession. Annoying yes, suspicious no.

In the fourth quarter, officials made a conscious decision to give Embiid an extremely friendly whistle, and he took 11 more foul shots, making 17/21 for the game altogether. When the last several minutes of a quarter require 20-plus minutes of real time, rhythm and momentum all but disappear for the team disadvantaged by the bad calls.(On a team level, Philly got 25 trips to the line compared to Boston’s 5 in Q4.) The Celtics didn’t play a flawless game by any means, but they easily win if Embiid elicits only half of his calls. Which is still a lot of calls!

The answer to this isn’t rocket science, or nefarious conspiracy by the Delaware County Ref Mafia. It’s just one of the most basic types of referee bias: liking some players; disliking others. Refs tend to like Embiid, and he has no qualms admitting he games the system quite a bit. By contrast, they don’t really know what to make of Daniel Theis but seem to lean toward dislike, and most of them absolutely can’t stand Smart. At all. (He does bring it out in folks, to be fair, but if you hate him for over-selling fouls and charges, don’t call them? Players use these tactics because they work.)

Marcus Smart shows up to postgame press conference still in uniform and with a box score.

There were things Theis got called for that didn’t get called on Philly players when they affected Kemba Walker. There were egregious fouls against Theis that never get called. And so on. I’m in no position to change it, and neither is anyone in the Celtics—you lose anywhere from $15,000 to $50,000 every time you publicly excoriate refs. But it’s impossible not to mention when it played such a big role.

2. End the war on Theis. Let’s celebrate his achievements.

Theis proved last year he was a legit starting center in this league. While he hasn’t always looked that good next to fellow center Tristan Thompson, he was remarkable tonight as a sixth man with 23 and 11. There might be some logic to keeping this strategy in the future. Somewhat ironically, it’s almost like using Theis to deliver the production you expected Enes Kanter to deliver off the bench last year, while Thompson rolls out with the starters as a rebounding specialist. Remains to be seen whether that’s a sustainable or sensible approach.

Last year I often brought up the agony-ecstasy dichotomy to talk about Enes Kanter. Marcus Smart was the cause of it this game. In the first quarter he couldn’t hit a damn thing, in the second he was a turnover risk. And yet:

He turned up his scoring in the last two quarters. But once Q4 rolled around the writing was on the wall anyway, and he did surrender one of the key late fouls (against Shake Milton) that helped put the contest out of reach.

how does smart miss those FTs then hit that shot lmao

Even jump balls were a source of contention — albeit in this case because of all the other officiating shenanigans that had gone on.

Since a lot of people are asking for it, here's the jump ball Smart and Jaylen were arguing about pic.twitter.com/zUwk6FrJwY

4. Luxuriate in this Jaylen Brown move.

Yeah I know Jaylen shot 41.7% last night, went just 30% from deep, turned over the ball 4 times and was a -13 on the night despite keeping the team alive with his scoring. (And he probably should’ve been taking some of the shots that went to Smart, because Smart doesn’t usually shoot 52.6% … but Smart did shoot that well last night so it’s what it is.)

All of that can kick rocks every time I gaze at this clip:

Jaylen Brown in his BAG pic.twitter.com/0aP9LwiUDR

This is, quite simply, some Michael Jordan shit. Or at the very least some Scottie Pippen shit. (Pippen is probably the better comp given the similarities in defensive acumen between the two.) Ben Simmons has been capable of lockdown defense since he entered the NBA, and it’s not for lack of trying that he fails to keep Jaylen from ruining his life. (Were I a Sixers blogger, I might wonder if Simmons being the exact same player he’s always been, five years later, is a considerable problem for that team, but I’m not.

Kemba did quite well for himself out there last night and doesn’t look that half-step behind he did during the bubble games. His shot was wilder in the second half than the first, and he’s never gonna be a defensive specialist, but he contributed as much to winning as he could on a minutes limit. Beyond the arc, he was lethal.

So in other words, while this loss was a bummer, it’s not the sort of defeat that bodes poorly in terms of bad trends that look like they’re here to stay. The Cs faced another top East team and came pretty close to winning. On to the next one this Friday.