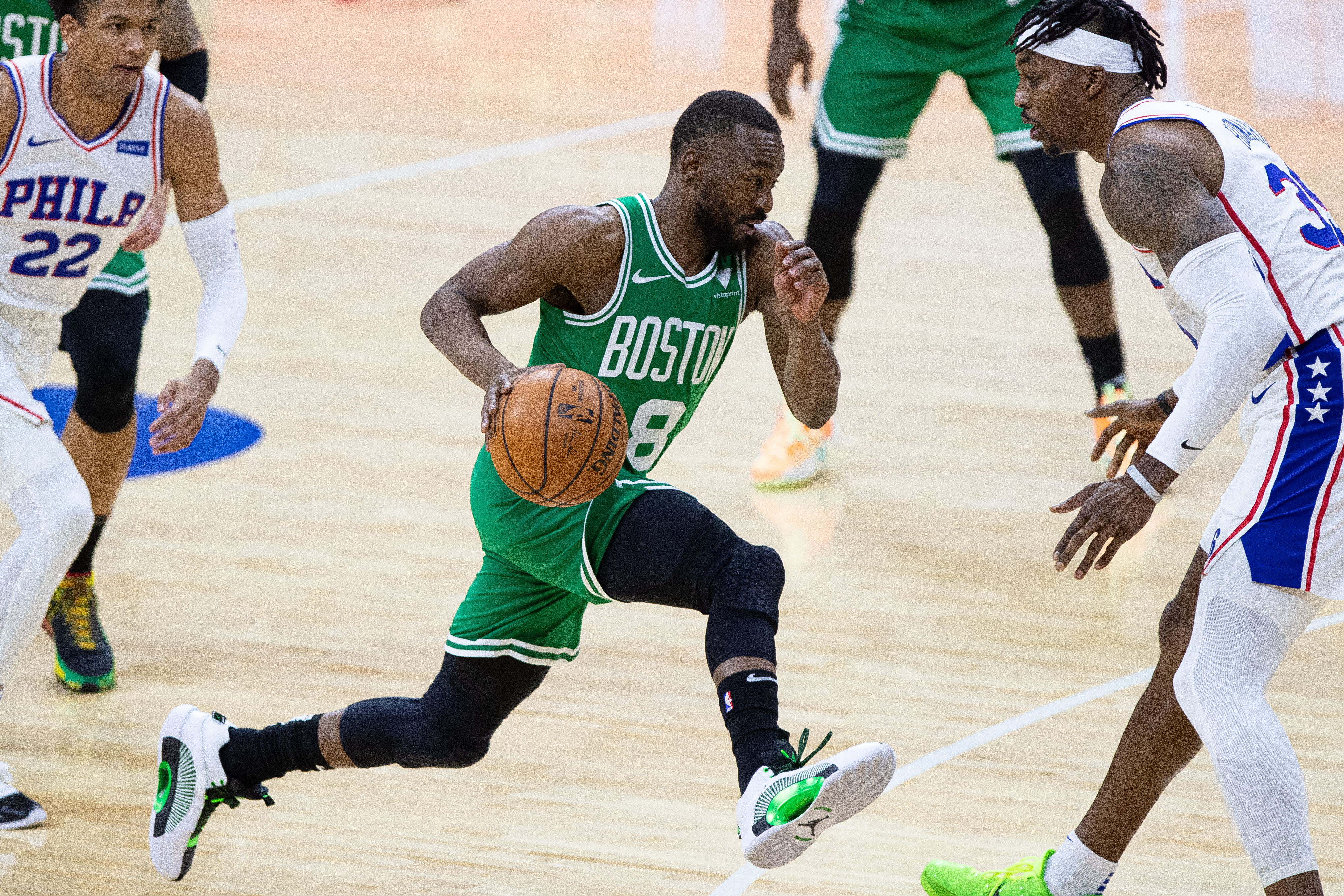 The Boston Celtics practice Thursday afternoon, hoping to bounce back from a tough 117-109 loss to the Philadelphia 76ers.

Kemba Walker played nearly 22 minutes on his way to 19 points on 6-for-15 shooting and 6 assists. However, Walker sat for a long time between coming out of the second quarter and waiting until the end of the third quarter to return so he could be part of the closing lineups on his minutes restriction.

“It was tough,” Walker said after the game. “But I knew; he told me early, so I was fine with it. I think it was definitely kind of hard to get my rhythm again, but at the same time, I’m just happy to be able to play with my teammates and just trying to get better. I’ll be alright. I’m just going to keep playing hard and do what I can to help the team be successful.”

It turns out Walker will have a few more minutes to accomplish this goal. Brad Stevens says Walker’s minutes restriction will go to 25-28 minutes. The team did, however, consider not starting him in order to make him a part of the closing lineups.

“We’ve thought about that for not only minute restrictions, but for years,” Stevens said. “If you’re going to play guys in spurts like that, is it better to just sit ’em until the second quarter? It’s a very reasonable thought we certainly have discussed.”

So the team will have more time for Kemba Walker, but what about Jayson Tatum. He’s been out since January 8 with the positive COVID-19 diagnosis, but he’s inching closer to a return.

“He’s working in Boston today. I do not know what the plan of attack is,” Stevens said. “We just went through our shoot around and practice as a group. But I’ve not heard anything final.”

If Tatum is limited as much as Walker was at first, it’s possible the Celtics decide to use him differently, like off the bench, in the early going of his ramp-up.

“Part that the minutes restrictions is decided by, once they’re cleared, with the cardiac stuff, is just how many minutes were they playing prior to, what was their activity level in the 14 days, which is usually completely none, and then you’re just trying to balance getting ramped up in a game scenario with the idea of preventing muscular injury,” Stevens said. “It’s more about that than it is anything else, because they haven’t done anything. You know, hamstrings and, you know, obviously, we want to be very very careful as guys come back into play.”

Robert Williams, who was available to play last night, was a DNP-coach’s decision.

“He wasn’t cleared to play very many minutes. So it was more like an 8-to-10 minute limit, based on being out for a couple of weeks and those types of things,” Stevens said. “The way that the game was going the way that Theis was playing off the bench, it made sense to roll with Theis”

The Celtics could be facing a minutes crunch at the center spot, and the experimental two-big lineup won’t be able to bail Stevens out anymore. Tatum will be back in the starting lineup soon enough, so the Celtics have some decisions to make.

“We’ve talked about this ad nauseum, the double big lineup was not great, we all knew that. But it was also a way that Robert could maximize his opportunities early while we had Kemba out,” Stevens said. “So we’ve got to figure out a way to maximize all of those guys, get Tristan up to speed and, you know, again, I think he’s playing from behind with missing training camp. Although I think he’s getting more and more comfortable every day. But Theis and Robert are good players and so we need to make sure that we’re maximizing that position.”

The Celtics have to accomplish all this without the benefit of much practice time. Boston begins a stretch of three games in four days, so the next full practice might not be for another week, after four more games have been played.

“There’s no excuses from our end. I think that everybody’s in the same boat,” Stevens said. “I think our bigger concerns are that even when we’ve been winning, even when we’ve had more guys available, whatever the case may be, we’re just not, I don’t think we’re playing at a level that is going to be sustainably competitive. So we have to play better, and that’s the bottom line. I thought last night we got a little bit closer to that and it took a really great game by a great player to separate them from us. So that was encouraging.”