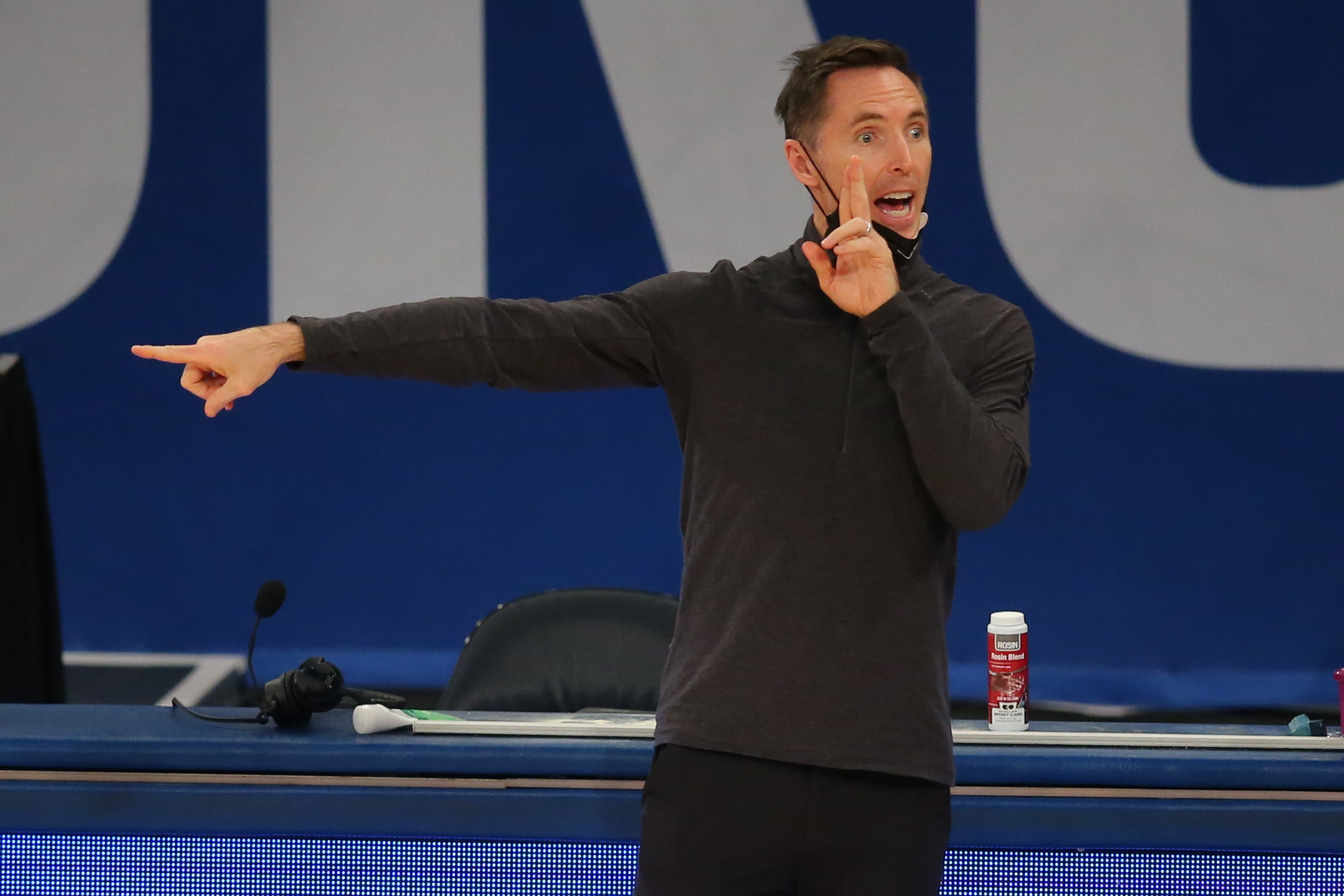 The Nets may have the most dominant “big three” in the NBA, but their head coach is aware that having an elite starting lineup doesn’t necessarily result in winning a title.

Brooklyn traded the farm to acquire James Harden, pairing him with Kyrie Irving and Kevin Durant. And while they have one of the most talented starting fives in NBA history, there are some glaring issues, specifically in terms of rebounding and defense.

As such, it will be interesting to see if Harden and Kyrie actually buy in and are at least solid on the defensive end. They’ll need to be, as the Nets traded virtually their entire bench to acquire Harden, which is why the move is drawing a lot of scrutiny from analysts.

But it’ll all be worth it if the Nets win a title, of course. Brooklyn is “all in,” which it did once before under previous ownership, and it was a catastrophe any way you slice it.

In the meantime, the Nets are working on developing chemistry, and improving with their new-look roster. Head coach Steve Nash recently revealed the one area they really need to improve, after their disappointing double-overtime loss to the Cavs.

“We had breakdowns all over the place,” Nash began.

“So we’ve got a lot of work to do…we know that. We know we have a very offensive team right now, so we have to find ways to defend, to get connected, be on the same page. That’s going to take some time. It’s definitely early as far as this new group, learning to defend together, and how we can be effective defensively. That’s gotta be part of our game that we’re going to focus on the most.”

Allowing Collin Sexton to drop a career-high 42 points was certainly a major issue as well, although it’s not all that surprising, given Irving’s history on the defensive end.