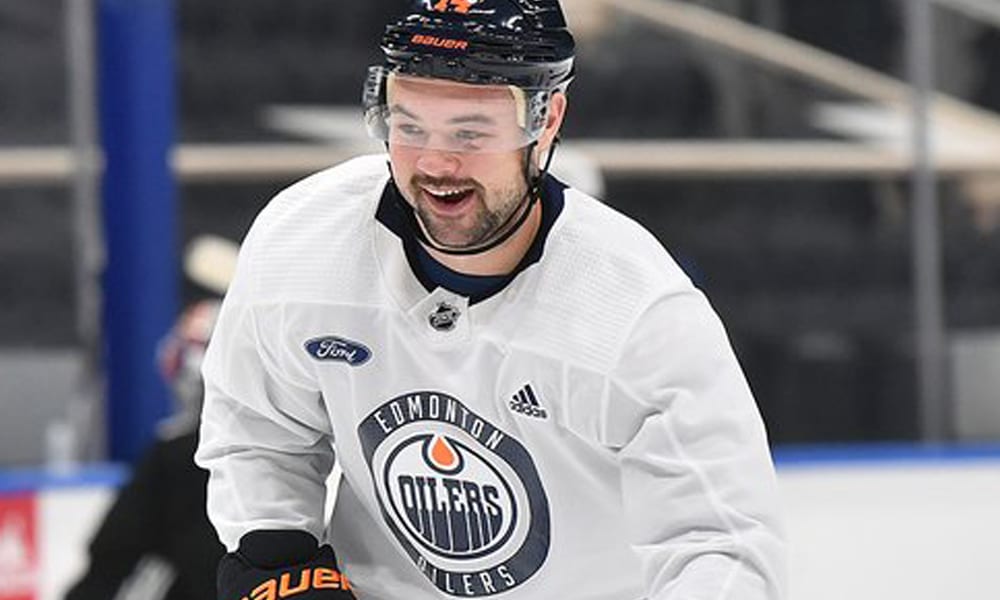 Tonight, the Edmonton Oilers will look to get back to .500 and sweep a brief two-game series against the Toronto Maple Leafs. They will likely do so with a new addition in the lineup. Forward James Neal skated on the top powerplay unit on Thursday in practice, and is likely to join the lineup for the first time this season.

Oilers play-by-play voice Jack Michaels suspects that Neal could line up at five-on-five with Devin Shore and Josh Archibald. It’s notable that Shore, a training camp PTO, is likely to be Neal’s center. Shore has taken Jujhar Khaira’s job not just at five-on-five, but also on the penalty kill.

Shore, who wasn’t guaranteed a contract when he arrived in Edmonton in late December, has carved out a nice role through four games played.

“There were a lot of people that were high on him,” Tippett told the media on Thursday. “The last couple years, he hasn’t gotten as many chances as he’d like. He’s come in here, grabbed an opportunity and he’s doing well with it so far. Each game he’s getting a little better and getting a little bigger role on our team.”

Shore scored his first goal as an Oiler on Monday night against the Montreal Canadiens, intercepting a pass and wiring a shorthanded shot by Jake Allen in the 3-1 loss. He played a key role on the penalty kill on Wednesday too.

For Shore, this is an opportunity to once again confirm that he is in fact an every day NHL player. He’s bounced around the last few seasons, suiting up with the Anaheim Ducks, Dallas Stars and Columbus Blue Jackets. Shore played sparingly in the ‘Return to Play’ bubble this summer for the Blue Jackets.

His transition to a fourth team has been easy, mostly because of the men he is sharing the locker room with.

“There’s a really good group of guys in that locker room,” Shore said. “From an individual standpoint, it makes things a lot easier to come in, feel comfortable and feel confident that you can help the team. There’s a long way to go but it’s a fun group to compete with each night.”

Against the odds, Shore looks safe in the Oilers lineup as players begin to return from IR.