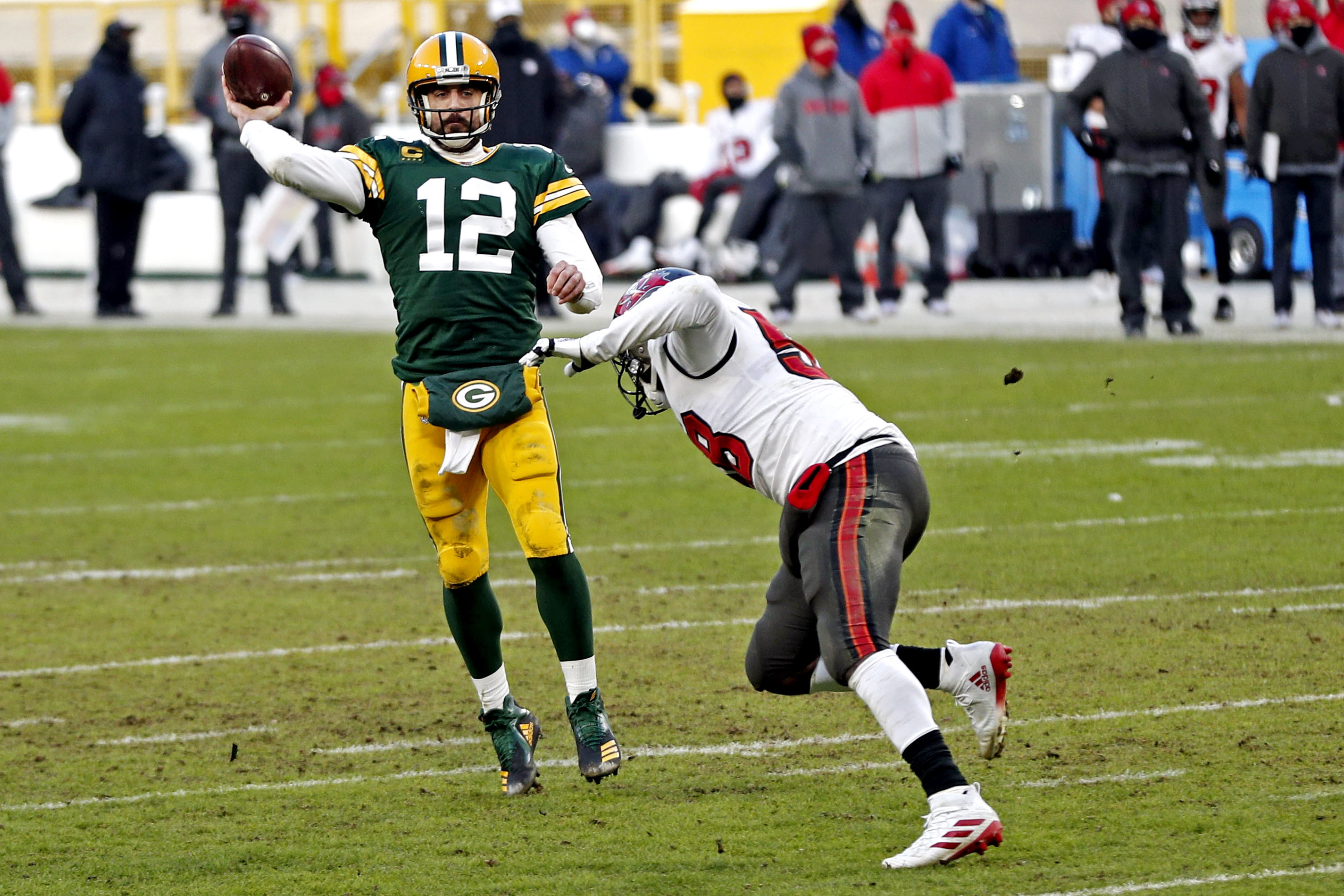 The Green Bay Packers trailed by eight points in the NFC Championship Game with a fourth-and-goal at the Tampa Bay eight yard line with 2:05 left in the game. Green Bay needed a touchdown and a two-point conversion to tie the football game. Instead of going for it, head coach Matt LaFleur elected to kick 26-yard field goal by Mason Crosby. This decision made no sense.

With the Super Bowl on the line, LaFleur took the ball out of the hands of his best player, the likely league MVP, and put it in the hands of his defense who was facing Tom Brady, one of the best quarterbacks in NFL history.

The odds are obviously better that Rodgers could complete an eight-yard pass than that the defense could stop Brady and then the Packers would get the ball back and score a touchdown in the closing two minutes.

Even if the Packers missed the fourth down try, the Bucs would have been back at the Green Bay eight and had terrible field position. Instead, the Packers kicked the field goal, kicked off and Tampa Bay started at the 18. The Bucs were able to run out the clock as the Packers defense couldn’t make the big stop to get Rodgers the ball back.

Had the defense made the stop, Rodgers would have to have gotten a touchdown with about a minute left and no timeouts after a Tampa Bay punt. The odds of that happening are slimmer than an eight-yard touchdown pass and a two-point conversion.

The most frustrating part for the Packers is that at 37, Rodgers may not have many more chances to get back to the Super Bowl. The Packers had finally earned home-field advantage in the NFC Championship Game and overcame a 28-10 deficit to get back into the game. Giving Rodgers one more chance to score from eight yards out was a higher percentage choice than hoping the defense stops Brady.

This was far from the only reason the Packers lost the game. They had a lot of other opportunities to make big plays that would have turned the game around, but they fell just short. But at the end of the day, the decision by LaFleur took the ball out of the hands of the league’s best player and put it in the hands of a good but not elite defense that was trying to stop Tom Brady.

The Packers have now lost two consecutive NFC Championship Games. This year, they were in the game until the final play after getting embarrassed a year ago. Still, it was a very disappointing end to a successful season for the Packers.