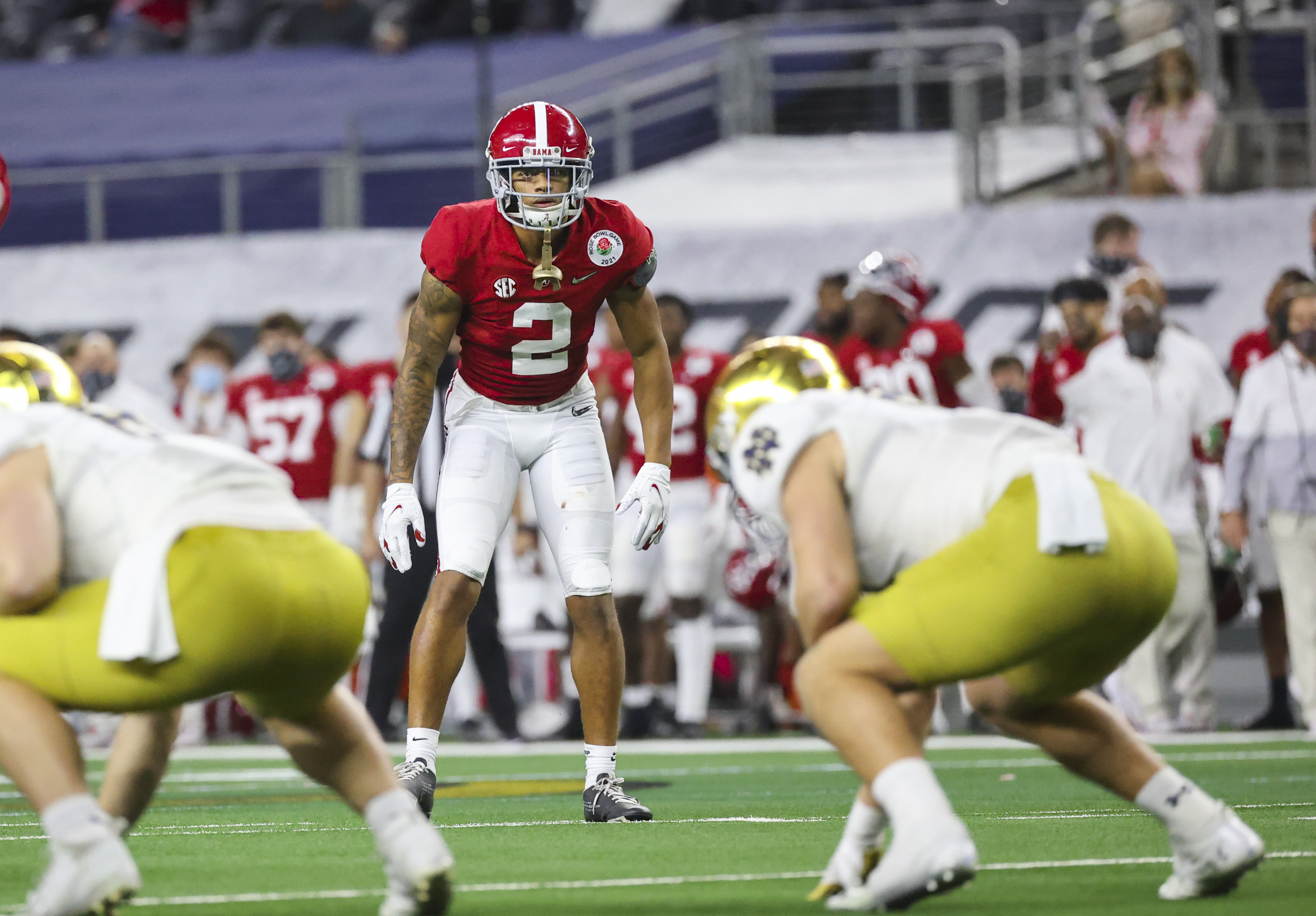 With Philadelphia Eagles hiring a new head coach and the 2021 Senior Bowl getting underway, it is a perfect time to look at who they might draft in the 2021 NFL Draft.

Philadelphia will be ushering in a new era with Nick Sirianni as their new head coach. After finishing this season with a record of 4-11-1, the Eagles will be in prime position to take a top prospect with the sixth overall pick in this Spring’s draft.

Thankfully for the Eagles, this draft is loaded at certain positions, such as wide receiver, cornerback, and linebacker. Whoever they choose at sixth overall needs to be a Day 1 contributor right away for a team as their last two first-round picks (A. Dillard, J. Reagor) has left a lot to be desired.

In our first Eagles-centric mock draft on Total Sports Live, we’ll take a look at who Philly might take with nine picks in the 2021 draft. For this first exercise of many, we’ll be using The Draft Network’s draft simulator.

As previously mentioned, the Philadelphia Eagles can go in a variety of directions at sixth overall. Looking at the draft board right now, they could take DeVonta Smith, Micah Parsons, Kyle Pitts, or Patrick Surtain II.

Many Eagles fans would love to see the team grab Smith, who won the Heisman Trophy after a tremendous 2020 season for the Alabama Crimson Tide. However, Philly decides to go after Surtain to solidify the secondary and give them another outstanding cornerback to play opposite of Darius Slay.

This season for the Tide, Surtain recorded 37 total tackles, nine pass deflections, 3.5 tackles for loss, and an interception. Over his last two seasons at Bama, the 6-foot-1 cornerback had lined up both inside and outside.

Additionally, Surtain has solid cover skills and does a solid job of not letting wide receivers get that first step. One area where Surtain needs to improve at is taking the angles away on slant routes. But he makes up for it with his tackling and size.

After taking Surtain II in the first round to upgrade the secondary, the Eagles take Cameron McGrone with their second pick. This past season, we saw how desperately the Eagles need playmakers, especially at the linebacker spot.

While Alex Singleton, Duke Riley, and TJ Edwards all had their moments, Philadelphia needs a tone-setter at middle linebacker for the future.

McGrone can be that guy at middle linebacker for the Eagles, bringing explosiveness and athleticism to the position. As a redshirt sophomore in 2019, he had 65 total tackles, nine tackles for loss, and 2.5 sacks.

We did not see much of that in 2020 as McGrone suffered an injury against Rutgers early in the abbreviated college football season. It would be the second-straight year that the Eagles drafted a linebacker within the first three rounds.

The Eagles loaded up on defense with another playmaker in SAF Richie Grant. Grant can play both safety spots, which is good news, especially with Jalen Mills as a pending UFA and Rodney McLeod rehabbing from a torn ACL.

The 6-foot, 194-pound defensive back is a tackling machine and always finds a way to get his hands on the football.

The 5-foot-11 wideout had a productive last two seasons for the North Carolina Tar Heels. As a junior in 2019, Newsome had a career-high 72 receptions for 1,018 yards and 10 touchdowns. He followed that up this season with 54 receptions for 684 yards and six touchdowns.

Now granted, the Eagles do not have a big need at wide receiver, despite what other analysts may say or believe. But with Newsome, they are getting a slot wide receiver who feasts with yards after the catch and can play special teams.

The Eagles get another playmaker on offense in Pooka Williams. The 5-foot-10 running back had a productive first two years in Kansas, where he had back-to-back 1,000 rushing yard seasons. In both seasons, Williams also averaged 6.1 yards per carry.

The former Jayhawk is also a factor in the receiving game with 66 receptions for 534 yards and four touchdowns. This season, Williams only played in four games before opting out due to health and family reasons.

That being said, if you haven’t had a chance to check out Williams, you need to because he doesn’t need much space to create a big play.

The Eagles bolster their defensive line late in the draft with the selection of Patrick Johnson. The edge rusher was one of the best defensive linemen in the AAC this past season.