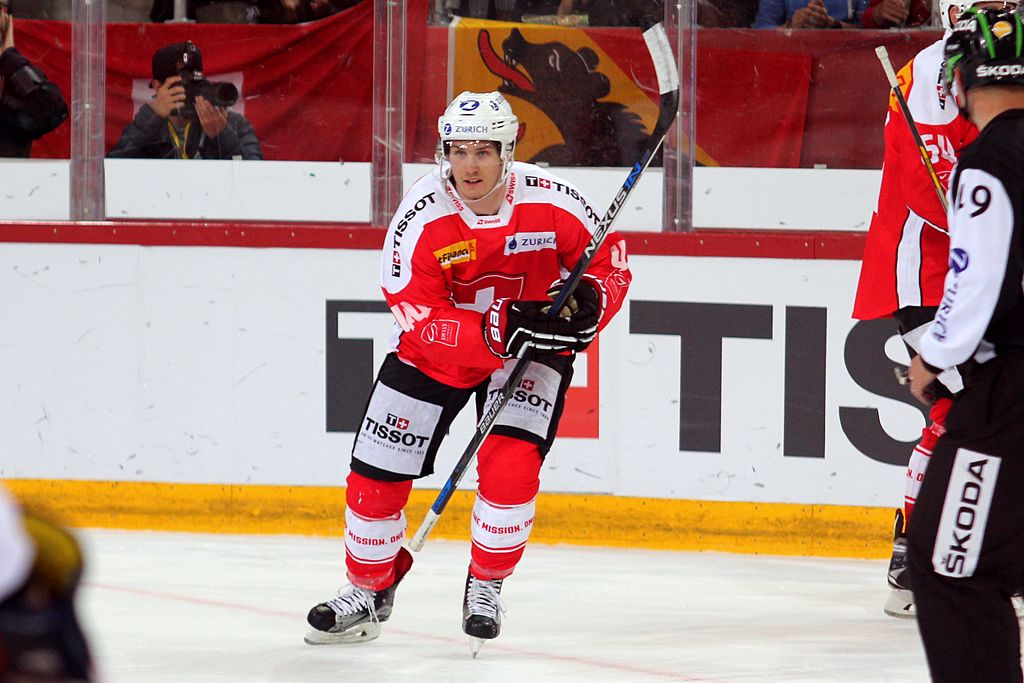 The Chicago Blackhawks might have found someone special in rookie Pius Suter of Zurich, Switzerland. On Sunday, Suter became the first Blackhawks player to score his first three National Hockey League career goals in the same game since Bill Kendall of Winnipeg, Manitoba accomplished the feat in a 4-1 Black Hawks win over the Montreal Canadiens on December 17, 1933.

Suter and Kendall are the only two Chicago players to register a hat trick as their first three goals in their National Hockey League career according to Charlie Roumeliotis of NBC Sports Chicago. Suter accomplished the feat in a 6-2 Chicago win over the Detroit Red Wings at the United Center.

Suter scored the first two goals of the hockey game in the first period. He opened the scoring at 4:42 of the first period from Patrick Kane of Buffalo, NY, and Calvin de Haan of Carp, Ontario. Suter then scored a goal just over five minutes later at 9:44 of the first period from Mattias Janmark of Stockholm, Sweden, and Dominik Kubalik of Pilsen, Czech Republic. Suter notched his hat trick at 12:28 of the third period from Alex DeBrincat of Farmington Hills, MI, and Duncan Keth of Winnipeg, Manitoba, the same city where Kendall was from. Suter’s third period goal put the Blackhawks up 5-2.

In five games prior to Sunday, Suter had only registered one National Hockey League point. Obviously, it was an assist and it came in a 5-2 Blackhawks loss to the Florida Panthers on a goal by Connor Murphy of Dublin, OH on January 17.

Sunday’s game between Chicago and Detroit was seen on NBC. The National Broadcasting Company made sports headlines this past weekend when they announced the NBC Sports Network would be folding at the end of 2021. The NHL has many games on the NBC Sports Network, and it will be interesting what the NHL decides to do when their contract with NBC expires at the end of the season. NBC has already stated they will show games on USA, but one needs to question what happens in the Stanley Cup Playoffs when there are multiple games on at once.