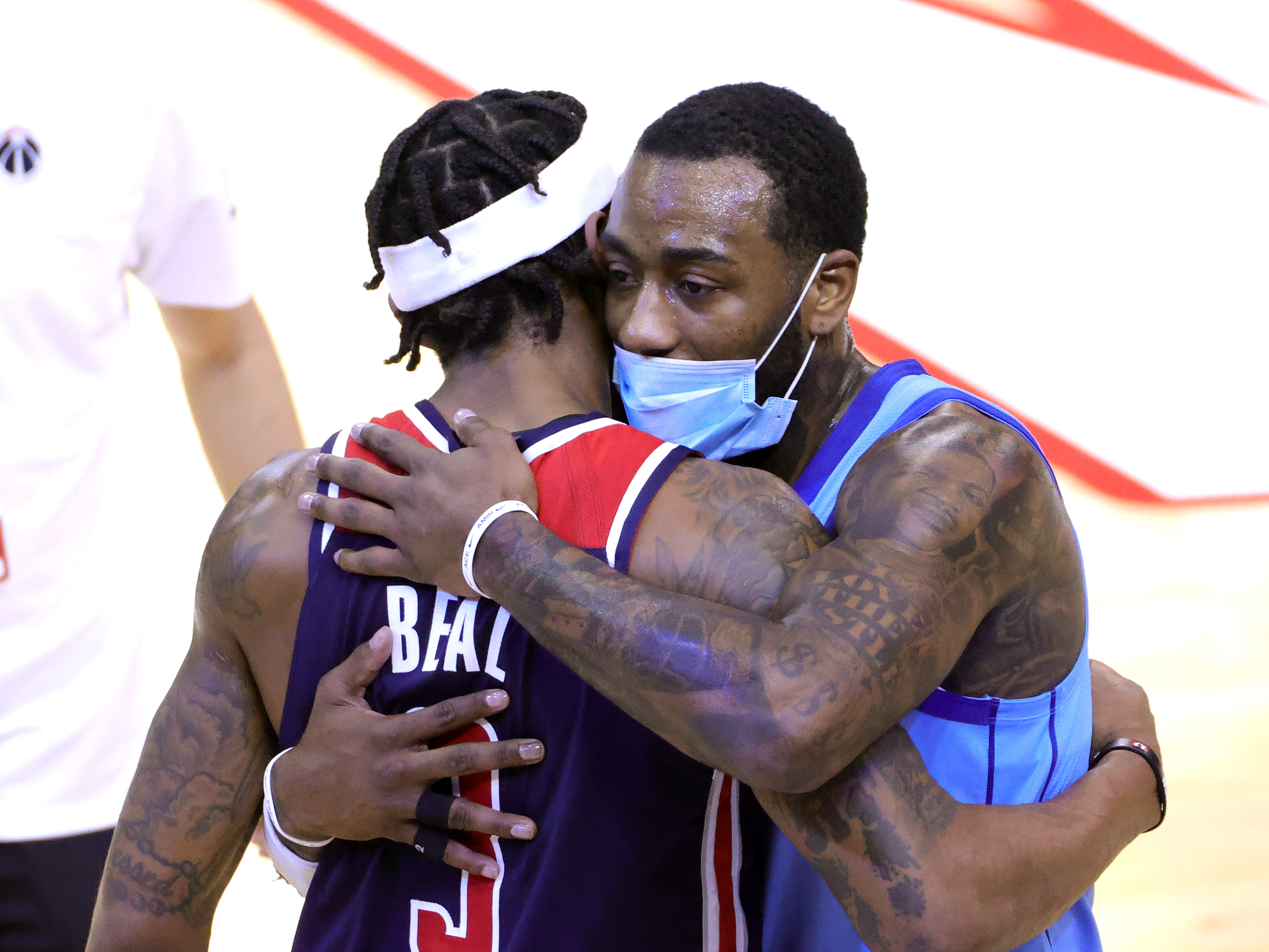 The Washington Wizards fell to the Houston Rockets, 107-88, in a revenge game for John Wall. You can read Hoop District’s five takeaways and watch the Wizards and Rockets post-game media availability. Here are highlights from the post-game interviews.

John Wall did not shy away from expressing how his former team slighted him. He had some strong answers in his interview before the game including a 1-on-1 with NBC Sports Washington’s Chris Miller. The big takeaway from that was he felt lied to by the Wizards organization when he asked point blank if they were looking to trade him.

Despite the bad ending, Wall and Bradley Beal maintain their brothers for life relationship despite what uninformed outsiders may say. Wall finished the night with 24 points and five assists while his new team cruised to a 24-9 run in the fourth quarter to put the game away. Wall and Beal embraced after the game and Wall gave him some encouraging words

“Brad is my brother no matter what. I told him keep being himself and keep leading.”

Beal finished with more points than Wall with 33 but he struggled down the stretch. Part of that may be running out of gas in the fourth quarter, but Beal did not use that as an excuse. He told the media after the game that he takes responsibility for his missteps.

“We have a tremendous group of guys who have a great work ethic. I need to stop turning the ball over and close out games. I need to play better. I need to lead better.”

From the trade of John Wall for Russell Westbrook, to Thomas Bryant’s injury, to several players on the team catching COVID-19, things just are not going well for the Wizards who’s record drops to 3-10. Despite the poor start, Beal remains confident in his group. Only time will tell if that optimism is warranted.

“I’m always confident. No human being takes my confidence, that’s for sure. I feel the same about our group. We got a lot of tough breaks for us. It’s a weird season, weird camp, COVID hit us hard, we have a lot of guys that we just called up. A lot of stuff for us is on the fly, but it’s no excuse. I got to be better, got to lead better, I got to scrap up some wins.”