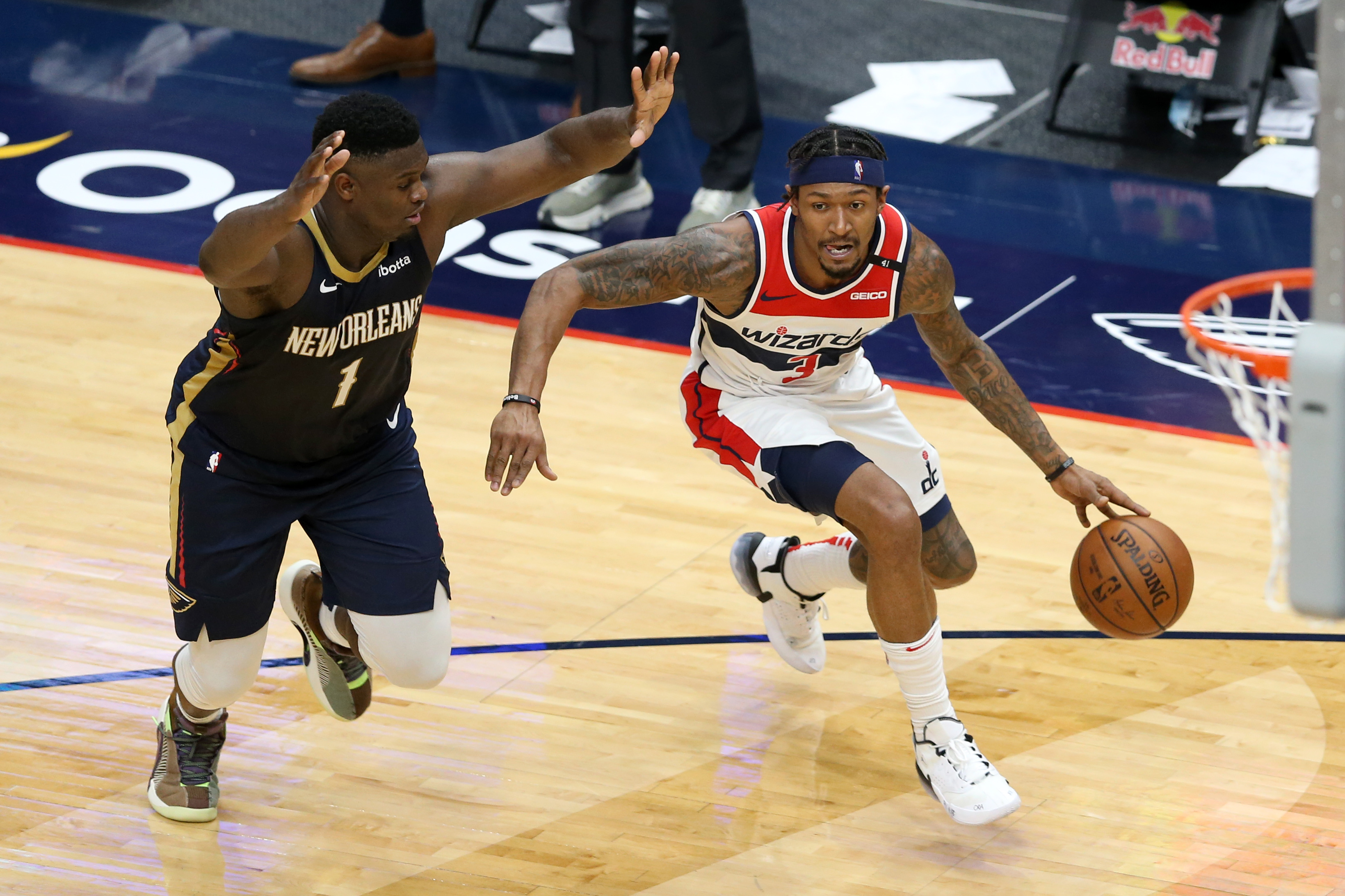 Another game where the Wizards are extremely undermanned, another game where they are eventually blown out late. It is no surprise that Washington’s three biggest losses and lowest offensive outputs this season have been without Deni Avdija, Davis Bertans, Troy Brown Jr., Thomas Bryant, Rui Hachimura, Ish Smith, and Moe Wagner. Five takeaways and post-game availability from Scott Brooks, Garrison Mathews, and Bradley Beal.

When All-Star voting begins at noon on Thursday, Bradley Beal is not going to be the popular fan choice. The Wizards have always struggled to have their players well represented nationally, but at the league’s leading scorer, not making Beal an All-Star (starter), regardless of Washington’s abysmal 3-11 record, would be robbery. Now 1-12 all-time when scoring 40 or more points, Beal put the Wizards on his back with 47 points on 17-for-37 shooting in 40 minutes on the second night of a back-to-back. After trailing by as much as 26 points there was no quit in Beal dropping 24 points in the third quarter alone.

For an organization that betrayed the trust and unrivaled loyalty to a city in John Wall, Bradley Beal appears fully committed to the Wizards despite Twitter drumming up trades to send him to all 29 other teams in the league. Things can often change quickly in the NBA, but Beal does not strike me as a player that is going to demand a trade next week if Washington continues to struggle. Everything can be re-evaluated in the offseason potentially with a new front office and coaching staff, but for now, Beal’s sole focus is to find any way out of their 3-11 hole.

“It’s tough. We wanna win. I want to win. This is why I stayed, I want to win. I figured this is a place I can get it done. … It’s my job to lead and come out and compete every night and hopefully guys will follow behind me. … Constanly working on, focusing on getting better, how can I get my teammtes get better, what more can I do personally to help us win. Because I’m never going to shift blame on my teammates, I’m never going to blame coach, I’m always going to blame myself or look at myself and figure out how to win the game.”

It is easy to point to multiple inexperienced and out of rhythm players being forced to play major minutes in a rotation as the reason the Wizards have not been able to close out any of the last three games. But the issues have transgressed before that even when Washington was relatively healthy and blowing double-digit leads in the final frames. Brandon Ingram and Zion Williamson combined for 32 points each and combined for 16 points on 5-for-7 shooting in the fourth quarter. The Pelicans as a team shot 64/80/80 in the final frame to hold off any wizardry.

The team’s second-leading scorer at just 15 points, two-way sharpshooter Garrison Mathews brought Washington to within eight twice in the fourth quarter with back-to-back three-pointers with more than six minutes to play. New Orleans would end the game on a 16-4 run before a final garbage-time Mathews layup. For those still clinging to hope the Wizards can somehow turn things around this season, Mathews has words for you.

“We can’t let this losing streak become our mentality.”

“It’s super hard when you lose so many games like this, but we got great leaders. We got Brad and Russ who are constantly on us to be better and being positive. It’s not like they’re just blaming people and doing this or that, they’re giving constructive criticism, which we all need. We need to come together as a group and realize this is not acceptable. We’ll never be ok with losing. Keeping that mindset that the beginning of the year ain’t going to define us. I feel like that’s what we all need to keep in our heads even though it’s one of the hardest things to do when you’re 3-11. It is super hard to keep that mentality of, ‘we’re alright, we’re going to pick ourselves up and we’re gonna bounce back and have a great year’ especially when you’re on a losing streak like this, it’s super hard. But we got to keep being on each other, we can’t just stop talking to each other because that’s when you get complacent and just allows things to go terrible.”

Help on the way finally

All six Wizards that have spent the last nearly three weeks on the NBA’s health and safety protocols list after testing positive for COVID-19 are back to working out to varying degrees at the team’s practice facility. Some players have been able to get in some work since Sunday and Monday so the hope is that they will be available in limited fashion starting on Friday at home against Atlanta. It will be yet another adjustment process for Washington to re-integrate their lineup again, but the hope is that the Wizards will have their full available roster (minus Thomas Bryant) for their upcoming three-game homestand.

“There’s a great chance we’re going to have quite a few players back soon,” Scott Brooks hinted after Wednesday’s loss.