Your Morning Dump... Where despite having the "Big 3" back, the Celtics were doomed by defense 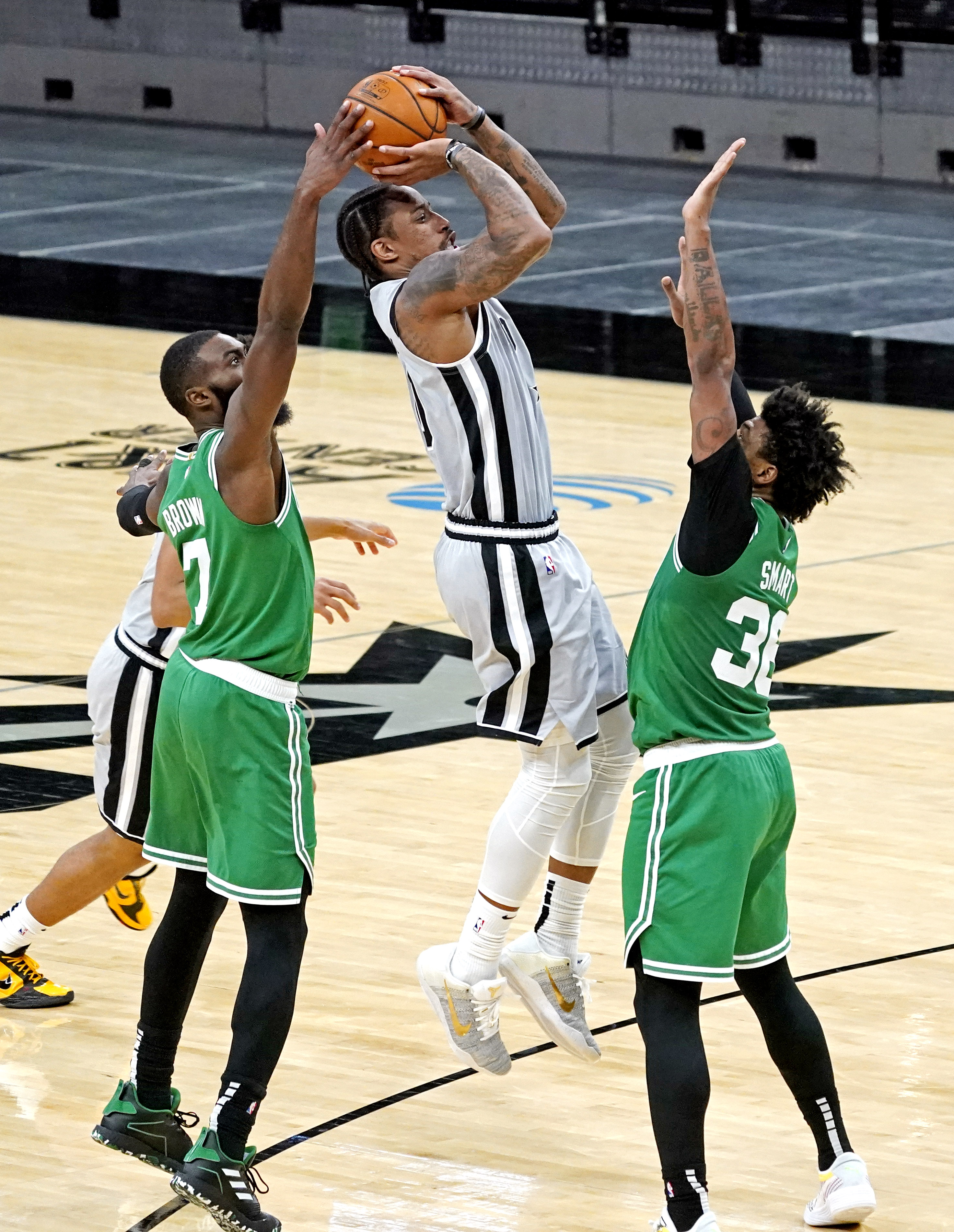 Your Morning Dump... Where despite having the "Big 3" back, the Celtics were doomed by defense

“We were going to zone out of necessity,” Stevens said, “because we couldn’t stop a nosebleed.”

In the latest sign of Stevens’ growing concern about his team’s defense, the Celtics played zone regularly throughout the second half of their 110-106 defeat. The strategy actually worked well. It helped Boston wipe away a double-digit deficit, take a temporary second-half lead and earn a chance to steal a comeback road win. Still, Stevens didn’t focus on how much success his team found with the alternate defense. He sounded more disgusted that he felt compelled to try it at all.

Sometimes you can look at the box score and forgive one loss due to bad defense. Then you go out the next game nose to the grindstone and bear down on defense. The Celtics of late seemed to have missed that second part, as they consistently struggled to keep up with the Spurs Wednesday night. And it was not just last night. The last six Celtics opponents have scored in triple figures and the Celtics had to turn to zone defense in hope of sparking a stronger defensive effort. Despite needing to find their defensive identity, the Celtics finally had Brown, Tatum, and Kemba back playing together.

It wasn’t the prettiest first game with Tatum, Brown, and Walker each in the lineup, but the trio did work well together in the second half to get the C’s back into it vs. San Antonio.

Jayson Tatum (25 pts) came up clutch down the stretch on multiple ocassions, Jaylen Brown (24 pts) overcame a slow start to boast another MIP-caliber performance, and Kemba Walker (14 pts) — although he did get picked by Dejounte Murray to seal the loss — had a couple of clutch shots of his own.

These three will certainly be fun to watch and provide the majority of the offensive firepower this season. They worked well together despite the rust and rotating player availability. But the most important thing at the moment is finding a defensive identity, especially with the Lakers and Warriors coming up.

This man needs to get out of Washington, you can only sacrifice so much for your team and Beal has given his heart to the Wizards. I wish he was a potential target for the Celtics’ TPE, but a $200k chasm between that and Beal’s salary has left that avenue impossible to traverse. Regardless, and especially seeing how thin the bench is, the Celtics may need to get creative with their TPE to bring in some help to stay relevant in the East.

Globe: Celtics showed the best and worst of themselves in loss against Spurs

BSJ: Celtics defense takes a troubling step back against Spurs