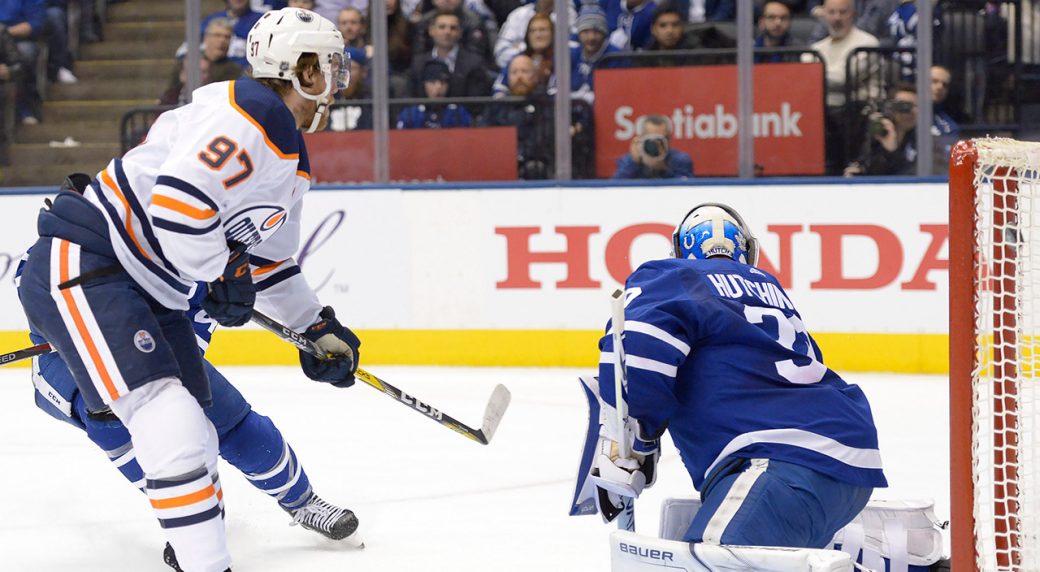 The Edmonton Oilers are about to kick off a six-game stretch that will determine the fate of their season. If Edmonton can’t win four of the next six, which includes four games against the Ottawa Senators, this season is likely dead in the water. The Oilers could do themselves a huge favor if they can take care of business tonight against a tough Toronto Maple Leafs team.

This is the fourth of nine meetings between the teams, and fourth in a span of ten days. This is also the first half of a back-to-back set for the Oilers, which will see them host the Ottawa Senators tomorrow night. The Oilers and Leafs will not meet against until February 27th.

Neither side has confirmed their goaltender for tonight, but the expected matchup is the same as Thursday. In that case, Frederik Andersen goes for the Maple Leafs, while Mikko Koskinen makes his tenth consecutive start for the Oilers.

Edmonton: Death, taxes, me BEGGING the Oilers to play a full sixty minutes. Edmonton slept through the first period on Thursday night and found themselves trailing 2-0. They were better in the second, but didn’t fully bring the emotion until the third period. With the season getting late early, I’d expect some urgency throughout the lineup for sixty minutes tonight. Like when training a dog, I’m going to keep saying this until the Oilers finally do it. Maybe they’ll learn to not piss in the house too.

Toronto: Puck possession in the offensive zone. There were times on Thursday night where it looked like the Maple Leafs had the puck on a string against the Oilers. Edmonton was helpless in the defensive zone, and the Maple Leafs were able to create shots and scoring chances off of those sequences. The cracks in Koskinen’s game are showing, and more sustained time should lead to more goals and yet another victory for Toronto.

Edmonton: Dominik Kahun continues to work hard and continues to say the right things. He also continues to be unlucky when it comes to scoring. He’s earned some better luck, and I’m going to go out on a limb and say tonight is the night it happens. Kahun has been in the right spots and has been getting chances while playing a solid two-way game. He’s due to hit the boxscore.

Toronto: Wayne Simmonds is on absolute fire right now, with goals in three straight games. Simmonds is finding his stride with the Maple Leafs, and is still a weapon as the net-front on the powerplay. The Oilers left him wide open in front of the net Thursday, and Simmonds made them pay. I suspect he’ll once again be a thorn in Edmonton’s side in the tough areas tonight. He’s made a living out of that.

The Oilers made one small change at practice on Friday when they opted to put Tyler Ennis on the fourth line at left wing in place of Joakim Nygard. If that holds for tonight, Nygard will likely be returned to the taxi squad with Ennis getting recalled. Kris Russell and William Lagesson are expected to be scratched again tonight, while Troy Grosenick could be activated and serve as the backup.

The Maple Leafs currently have Joe Thornton (fractured rib) and Nick Robertson (knee) on IR. Jack Campbell, injured last week in Calgary, is day-to-day with a lower body issue. It’s unclear whether he will be able to dress tonight.

“We’re not finding ways to win games and we have to do that. There’s not much else to say other than that,” Zack Kassian said on Friday. “In order to be a good team and to get into the playoffs, you have to win hockey games. Therefore, we have to come to the rink (Saturday) and it’s a must-win game for us. It’s pretty simple.”

The Oilers will play just their second back-to-back set of the season starting tonight. They went 1-1-0 in their first set, dropping the season’s opening game 5-3 to the Vancouver Canucks on January 13th before turning around and winning 5-2 over the Canucks the very next night. The Oilers will host the Senators for the first time this season tomorrow at 7:00 pm MT.

The Toronto Maple Leafs absolutely love Rogers Place. The Leafs are a perfect 5-0-0 in Edmonton since the new building opened in October of 2016. Edmonton’s last win at home against the Maple Leafs? February 11th, 2016. The Oilers took that game by a final score of 5-2 at Rexall Place.