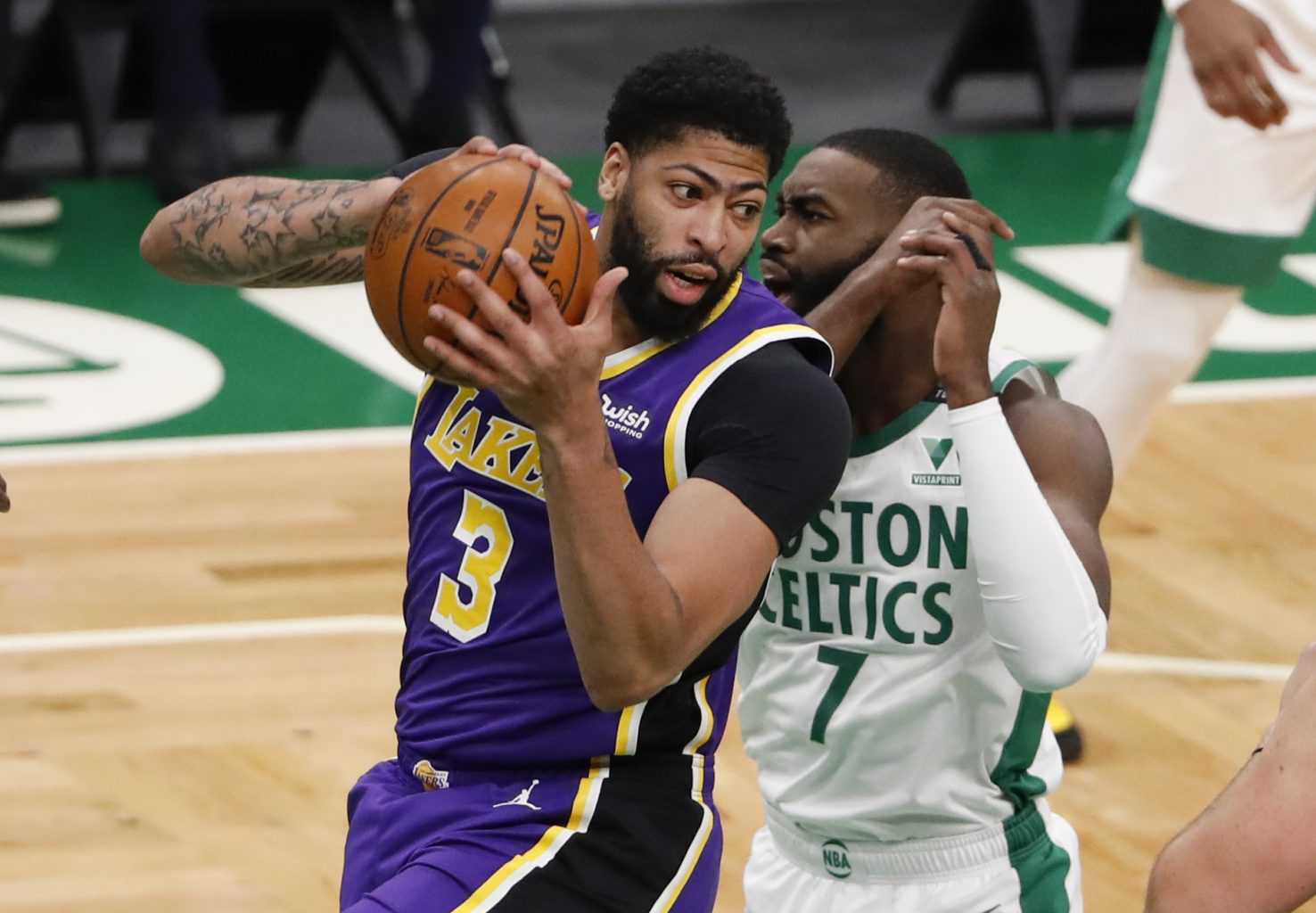 I’ll be honest with y’all: Hopes weren’t high for this one. And I was right, for what little that’s worth. The Celtics lost to the Lakers 96-95 in a wire-to-wire game where they played with a toughness that often matched their title-holding competition, but mistakes came at the most costly times. Moreover, Marcus Smart suffering a non-contact injury while trying to defend in the post puts so much up in the air for this squad.

Let’s go through the timeline:

Brad not going to double-bigs against even this Lakers lineup is a good sign, to me

The Lakers aren't being shy with their game plan: throw it into the post to AD over and over and over and over again. And, given his size advantage, hard to blame them for doing so. Boston, which is, as usual, playing small, has held up pretty well, but has been hurt by ORebs.

The teams seemed more well-matched than I expected early on.

Interesting variation on the double-big lineup. Looked OK; not bad not great.

It's interesting that the Celtics seemed to actively avoid playing Tristan Thompson against Anthony Davis. Went with Robert Williams instead, who held his own out there. Thompson now checks in with Davis headed to the bench late in the first.

ALL THINGS CONSIDERED, I think Q1 went OK, though the bigs’ difficulties on defense was frustrating, as was:

I know the Celtics offense is geared towards ball-movement and the ball finding the right guy, but they should probably open games with more of an emphasis on finding Jaylen Brown shots. He's just better when he sees a couple fall early

Offense stagnating, Jaylen forcing it, maybe call a timeout to run something to get him a better look….

The Lakers bumped their lead up from “small” to “kinda comfortable” despite certain questionable decisions.

Probably because of this:

Kemba needs to be way better than this on offense.

Thompson needs to be way better than this on defense.

In a succession of quick plays, the Jays made up a fair bit of the lost ground:

getting to the paint

Good time-out for the #Celtics, bounce back with a 9-2 run following 3-ball by Jayson Tatum that brings Boston within 43-40 in the second quarter. Tatum has 14 pts in 14 minutes so far.

Cs ended the half about where they ended Q1: not too far down but really needing to amp up the defense.

We got a good one at the Garden.

Celtics are having Raptors flashbacks exploiting Gasol every time down.

The Celtics have NO answer for AD. I mean, few teams do but still…

Boston and L.A. traded blows and leads back and forth. Oddly enough, one of the most spectacular counterpunches came from the guy who’s been Celtics Nation’s A-number-one whipping boy (with reasons) all season:

It started to turn at the end of Q3, when Boston caught the Lakers slipping multiple times, most notably this glorious Tatum to Timelord sequence:

After 3 here in Boston: Celtics 78, Lakers 71. Anthony Davis is up to 25 and 12 for LA, but Boston took control in the third behind Jayson Tatum (24) and Jaylen Brown (22 points, seven rebounds). Since the first quarter, Celtics have a 7-4 edge in second chance points, too.

The final 12 minutes started off OK for the Cs, as the Lakers moved to recover their lead and then.

Marcus Smart is down and he's in a lot of pain.

This is not a good sign at all. He was screaming and it appears to be his left knee

No, basketball gods, please no

Pavon amended it to say it appeared to be his calf, and Shams Charania clarified further:

asking Tatum to anchor a lineup of Teague, Nesmith, Ojeleye, and Thompson in the 4th against the Lakers is…..a lot

I didn’t feel optimistic about the game either, though it was tied about halfway through the frame. The Celtics fanbase wasn’t ready to give up:

(They deleted the tweet; it was a clip widely interpreted as gloating over Smart’s injury. Between this and the shitty joke about the Garden’s lowered banners that were a tribute to Tommy Heinsohn, it’s not been a banner year for Lakers partisans with prominent social media accounts!)

Frequent Celtics turnovers put momentum back in the Lakers’ hands, even though the margin was still small (93-87 at about the three-minute mark)…until it was worse.

5-point swing against the Celtics with Jaylen missing both free throws followed by a Schroeder 3-point play.

Two stellar minutes on offense and especially defense got the Celtics set up for a Hail Mary bucket, but Kemba missed it, Theis couldn’t clean it up and that was that.

The clutch basket that put them within 1.#Celtics Rewind presented by @tmobile pic.twitter.com/xwFrcfA5yg

If you enjoy torturing yourself: here's another look at the final seconds. #Celtics Rewind presented by @tmobile pic.twitter.com/vRYnjO0e09