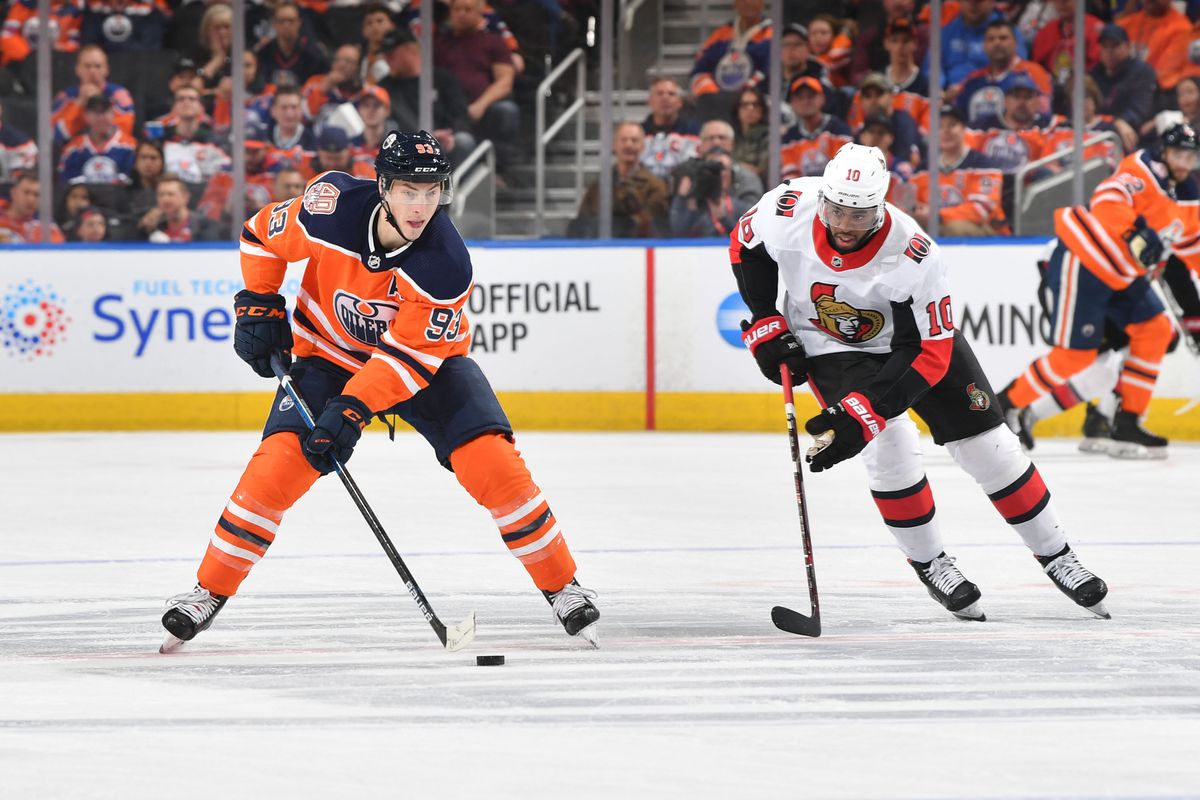 The Edmonton Oilers will look to win consecutive games for the first time this season as they welcome the Ottawa Senators to town in the third of a four game homestand. The Oilers, 4-6-0, are in a crucial stretch that will almost certainly define the direction their season will take. The Oilers are playing the second half of a back-to-back set. They defeated the Toronto Maple Leafs 4-3 in overtime last night.

This is the first of nine meetings this season between the Oilers and the Senators. It’s also the first of a stretch that will see Edmonton play four of its next five games against the Senators. Ottawa won the lone meeting a season ago between the teams. The second and final meeting, which was slated to be in Ottawa, was cancelled due to COVID-19.

Matt Murray will get the go for the Senators, while the Oilers goaltending situation is a complete unknown. Troy Grosenick has confirmed he is not starting, but there are conflicting reports on if Mikko Koskinen or Stuart Skinner will start. The expectation is that Skinner will make his NHL debut.

Edmonton: Attention to detail is paramount tonight. Skinner has posted consecutive seasons of sub-.900 save percentages at the AHL level. He is not equipped to handle a heavy workload in the NHL. The Oilers need to protect him tonight if he does in fact start. Ottawa has some high-end talent, but they are not a deep team. The Oilers need to prevent them for generating the high-end scoring chances that teams like the Maple Leafs have managed against them. Defense first if the Oilers want this victory.

Ottawa: Fire everything under the sun at the net. Skinner’s numbers do not inspire confidence, and if the Senators can get to him early, this could be a very long night in Northern Alberta. The Senators need to get shots on net and try to get to the young netminder in his NHL debut.

Edmonton: Jesse Puljujarvi is due. The big Finnish forward has been playing good hockey on Connor McDavid’s wing, and is due to finally hit the scoresheet with a goal. Last night, Dominik Kahun broke the dam. Tonight, Puljujarvi has an opportunity to do the same against an extremely weak Senator defense group. McDavid is feeling it right now, and it’s time for Puljujarvi to start cashing.

Ottawa: Brady Tkachuk is not only the Senators’ best player, he’s also a super-skilled pest that is a lot like his brother in many ways. There will be less dirty hits involved with Brady, but he’s still capable of getting under your skin and making you pay in the offensive zone. Against an Oilers team that has proven they can’t handle the emotions involved with Matthew, this should be interesting.

Ethan Bear left last night’s game with an injury and is “questionable” with a head injury for tonight’s game. Tyler Ennis, who skated on the fourth line last night, got some work in with the taxi squad today. William Lagesson and Slater Koekkoek did as well, and signs point to Lagesson drawing into the lineup. Alex Chiasson and Kris Russell are likely to be scratched tonight, and it seems likely the Koekkoek will be as well.

These lines are not confirmed and are subject to change.

Derek Stepan, acquired earlier this year from the Arizona Coyotes, is day-to-day with an undisclosed injury but is expected to play. Thomas Cabot (undisclosed), Christian Wolanin (lower body) and Vitaly Abramov (undisclosed) are all on IR and will not be available tonight.

Simply put, the Oilers need to take advantage of this matchup. The Senators have dropped five games in a row as they come into Edmonton. To make matters worse, they were just outscored by a 16-3 margin in a three-game sweep at the hands of the Vancouver Canucks during the course of the last week. Matt Murray has also struggled, and is just 1-4-1 with a save percentage of .859%.

Connor McDavid has quite enjoyed this matchup over the years. In nine career games against the Senators, McDavid has scored 12 points (4 g, 8 a). Leon Draisaitl has been good as well in his career against Ottawa, scoring seven points (3 g, 4 a) in nine games.