Your Morning Dump... Where Marcus Smart's calf strain is only a grade one 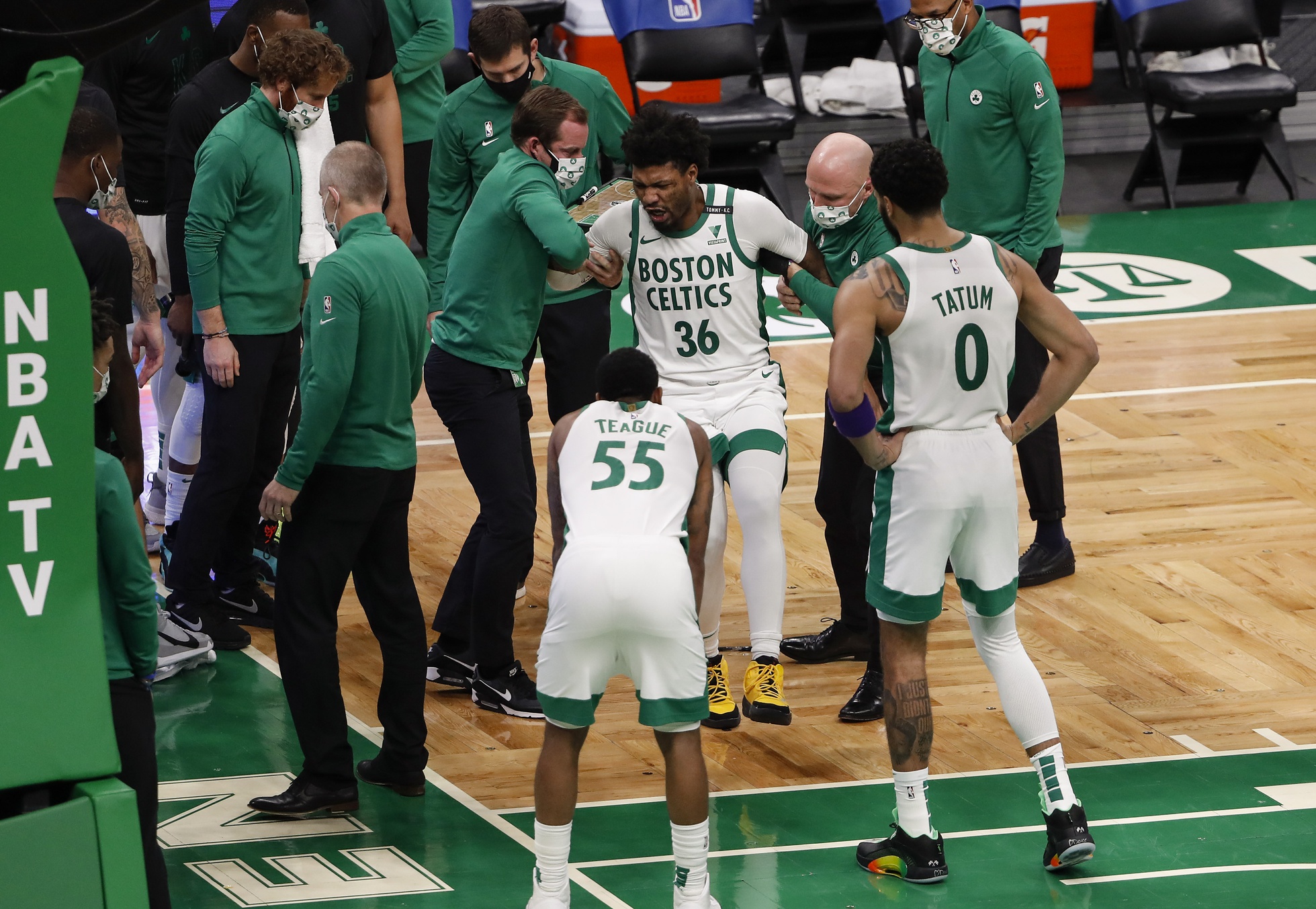 Your Morning Dump... Where Marcus Smart's calf strain is only a grade one

Positive news for the Celtics: First-team All-Defensive guard Marcus Smart has been diagnosed with a Grade 1 left calf strain, sources tell @TheAthletic @Stadium. He will miss some time, but sigh of relief for all.

Losing to the Lakers in dramatic fashion last night was painful enough, so this news about Marcus Smart’s calf injury is welcomed like a hug from Kate Upton.

Smart catches a lot of flak for his flopping and embellishment, but we all know him to be a tough sob. The sound of him screaming and needing help off the court set off an immediate panic.

A look at the Marcus Smart injury. Grabs at calf/achilles area. pic.twitter.com/9goexv30lj

A source tells Woj that Smart will only miss 1-2 weeks, a recovery period even better than what Google spat out earlier this morning.

The Celtics really dodged a bullet here because Smart’s defense and toughness is an irreplaceable requirement for a sustained run in the playoffs.

On Page 2, everyone (including Kemba) knows Kemba MUST be better.

The timing was unfortunate for Walker. A national TV game between the Celtics and Lakers is not the ideal time to have one of your worst shooting nights. Maybe it was the added strain of the rivalry, the spotlight of the national TV game, or the fact that just one more made shot could have changed the result. Whatever it was, little was going his way.

But the NBA demands players have short memories, and this February schedule will beat people down if they can’t move on because it’s just a relentless mess of game after game.

“I’m a little disappointed in myself personally. But I’ve been around for a minute now. This ain’t the first time I’ve shot the ball bad, to be honest,” Walker said. “Just gotta look past it. I have no choice, man, but I would have loved to have shot the ball better, but unfortunately I didn’t. I’ll take it on the chin. I understand I can be better. I’ll continue to work and find my rhythm and be better for this team.”

Kemba Walker is a great guy, a great teammate. But none of that matters in this business if he’s not producing.

The ascension of Jaylen Brown and Jayson Tatum into All-NBA talent has upped the stakes for this team. And oddly, lowered the bar for Kemba. He no longer needs to consistently perform at an All-Star level. He just has to not suck. He needs to be better than Jeff Teague.

January losses are often forgotten by May, but if Walker remains shaky throughout February, Danny Ainge will have no choice but to be super aggressive with the TPE at the deadline.

The Athletic  – In losing effort, Celtics show the kind of defense that has been lacking