Could the Pelicans trade Lonzo Ball? 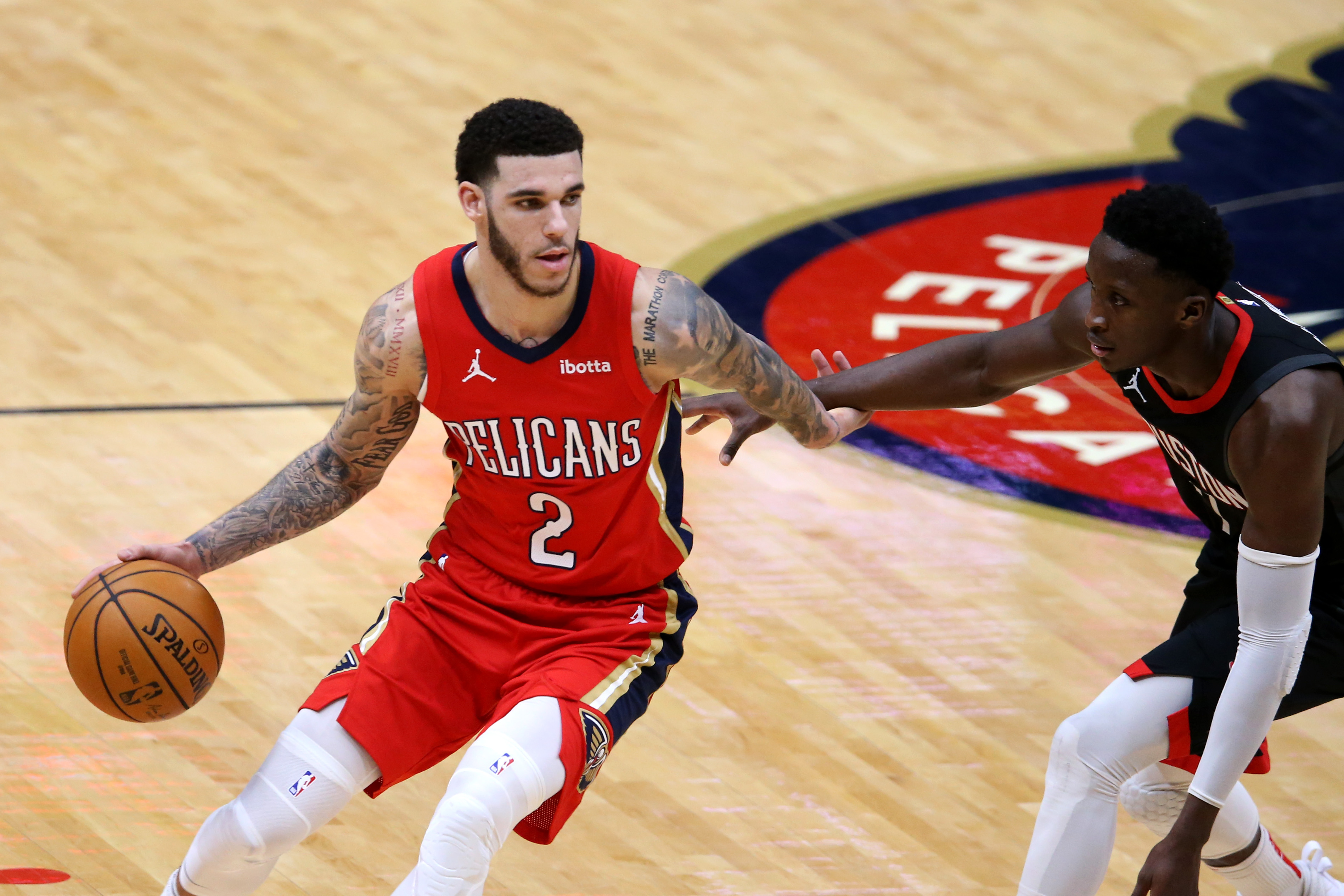 Could the Pelicans trade Lonzo Ball?

It appears Lonzo Ball’s poor play in the bubble last summer wasn’t just a fluke after all.

Ball was awful in Orlando, and he’s been just as bad this season. He’s shooting an abysmal 39.9 percent from the field, which is far below what’s expected of a guard — even one that comes off the bench — in today’s NBA. Ball’s hit only 32.5 percent of three-pointers he’s attempted, and it’s clear that revamping his shooting form hasn’t made a difference in his game.

Most troublesome, though, is that his assists are down to only 4.8 per game. That’s a substantial dropoff from his 7.0 per contest last season, especially since he has the benefit of playing alongside Zion Williamson.

As such, it’s been rumored that he’ll be moved in the future, some time before the trade deadline, and apparently, according to ESPN’s Brian Windhorst, he could land with the Warriors.

“There’s also been rumors about a Kelly Oubre-Lonzo Ball trade. I mean, that’s not secret,” Windhorst said on his podcast. “That’s sort of been out there. I see it from Golden State’s perspective. It’s been interesting to see if that develops. The Pelicans have struggled, especially defensively. They’ve shopped their guards. They’ve shopped Bledsoe, Lonzo and Redick.”

This move would make sense on paper, as Kelly Oubre simply has not fit in well on his new team, so a change of scenery could potentially benefit both players.