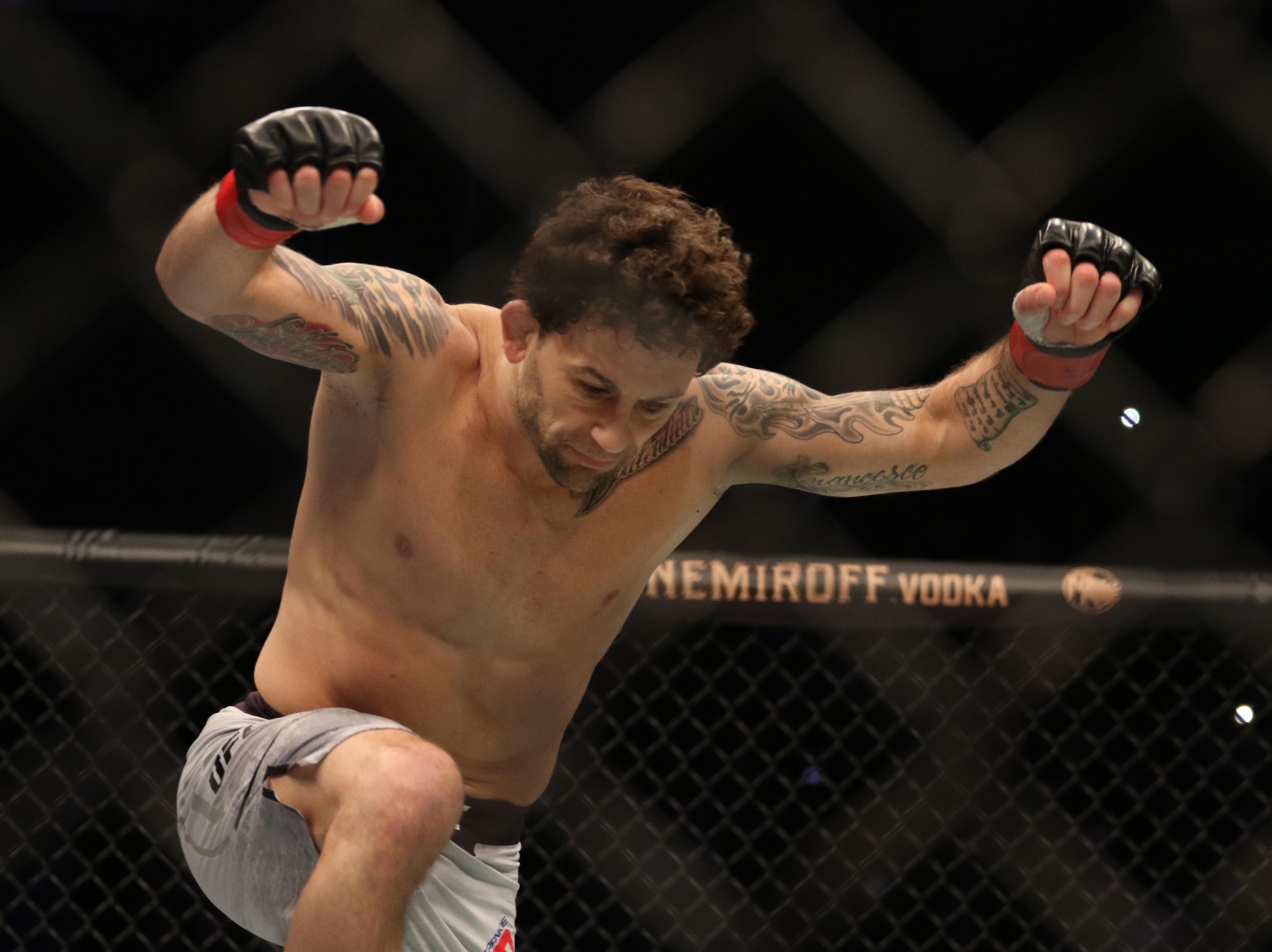 – doesn’t finish fights
– not a huge amount of knockout power (don’t tell that to Gray Maynard, though)
– horrible strike accuracy
– poor takedown success rate
– mediocre takedown defense
– can get overpowered by larger opponents
– despite taking fights to the ground often (& being trained by a Gracie), doesn’t look for many submissions
– on the wrong side of 40 (almost)
– has taken a lot of damage over his career
– brutally knocked out his last fight

Frankie Edgar was one of the best lightweights of all-time, and he’s proven to be quite dangerous at featherweight, too. Now how about bantamweight?