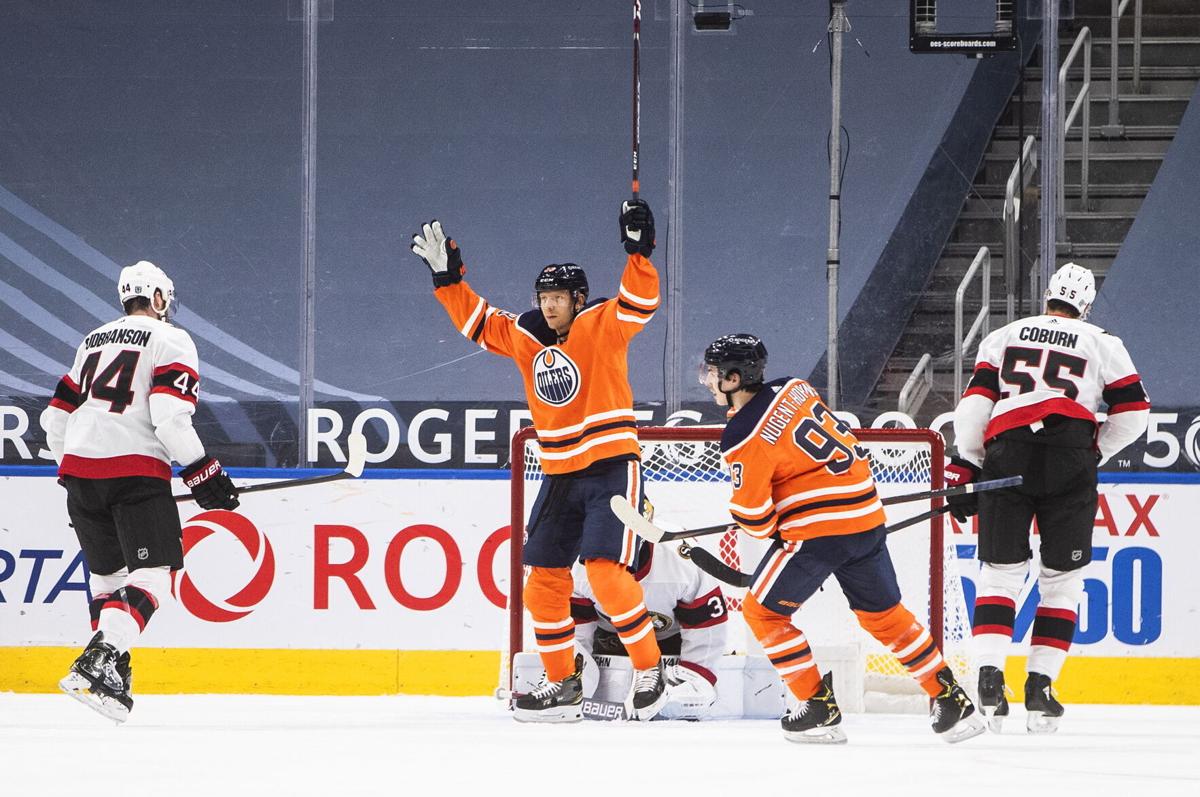 The Edmonton Oilers finally won consecutive games this season when they defeated the Ottawa Senators by a final score of 8-5 on Sunday night at Rogers Place. The win, which came less than 24 hours after the club’s 4-3 victory over the Toronto Maple Leafs on Saturday night, pushed the Oilers to within a game of .500. Tonight, they can return to .500 and complete their first series sweep of the season.

It’s the second of nine meetings this season between the Oilers and the Senators, who will meet twice again next week in Ottawa. This is the last of a four-game homestand for Edmonton, who will be on the road for four starting on Saturday night in Calgary. Edmonton’s three days off after tonight’s game is their longest rest period since the season started.

Marcus Hogberg gets the go for the Senators, while Mikko Koskinen will start for the Oilers.

Edmonton: More focus on defense is needed. Yes, the Oilers won on Sunday night, but they also gave up five goals and over 35 shots to a Senators team that scored three TOTAL goals over the previous three games. Edmonton cannot afford to slack defensively in a game that, quite frankly, they need to have to keep pace. If the Oilers play the defensive game they did against the Leafs last week, they should control this game and get the victory.

Ottawa: Stay out of the box! Edmonton’s powerplay is really coming on now and Ottawa’s penalty kill looks awful. The Senators gave up four powerplay goals on Sunday night, and could have won the game had it not been for that ‘effort’. Goaltending plays a role here for sure, but the best penalty kill is not going on the penalty kill. The Senators simply have to be more disciplined or this will get ugly.

Edmonton: Evan Bouchard will play his first NHL game since October 25th, 2018. Oddly enough, that’s also the night he scored his first (and only) NHL goal. Bouchard is a dynamic offensive defenseman who, in my opinion, is the club’s best prospect. He’s a perfect fit for the modern game, and I’m interested to see how he adapts against a weak opponent. He was outstanding in Sweden during the fall.

Ottawa: Cedric Paquette was all over the offensive zone on Sunday night creating havoc for the Oilers. He was physical, he was in Stuart Skinner’s face, and he got under the skin of multiple Oilers. If he can play his game again tonight, he should give Ottawa a few chances on the powerplay against a subpar Edmonton penalty kill.

For the first time this season, Dave Tippett is electing to dress seven defensemen and eleven forwards for the Oilers. James Neal, who scored twice on Sunday night, will be the scratch for Edmonton up front. Alex Chiasson, who cleared waivers this morning, will remain in the lineup. Bouchard will make his debut, while Slater Koekkoek returns to the lineup after sitting on Sunday. Caleb Jones will be scratched tonight along with Neal.

Skinner was assigned to the taxi squad to make room for Bouchard.

There was hope that Thomas Chabot (undisclosed) would return to the lineup tonight, but Senators coach DJ Smith confirmed that will not be the case. Christian Wolanin (lower body) remains on IR and will not be available tonight.

“The special teams kind of defined it,” Dave Tippett said when asked about Sunday night’s win. “Tonight, I expect a much closer game. We’re going to have to play a real solid, solid game if we want a chance to get points. You’re going to play against a desperate team.”

Leon Draisaitl had quite a weird night on Sunday. Draisaitl didn’t manage a single shot on goal in the 8-5 victory, but scored a career-high six assists in the win. That is one off both the club and league record of seven assists in a single game. The six-points extended a stretch where Draisaitl has scored multiple points in five straight games and has 16 points (6 g, 10 a) in his last seven games.

Draisaitl, thanks to his sensational week, was named the NHL’s ‘Third Star of The Week’. The ‘Second Star of The Week’? Teammate Connor McDavid. The two of them sit first and second in the league in scoring. McDavid leads the way with 22 points, while Draisaitl has 21.