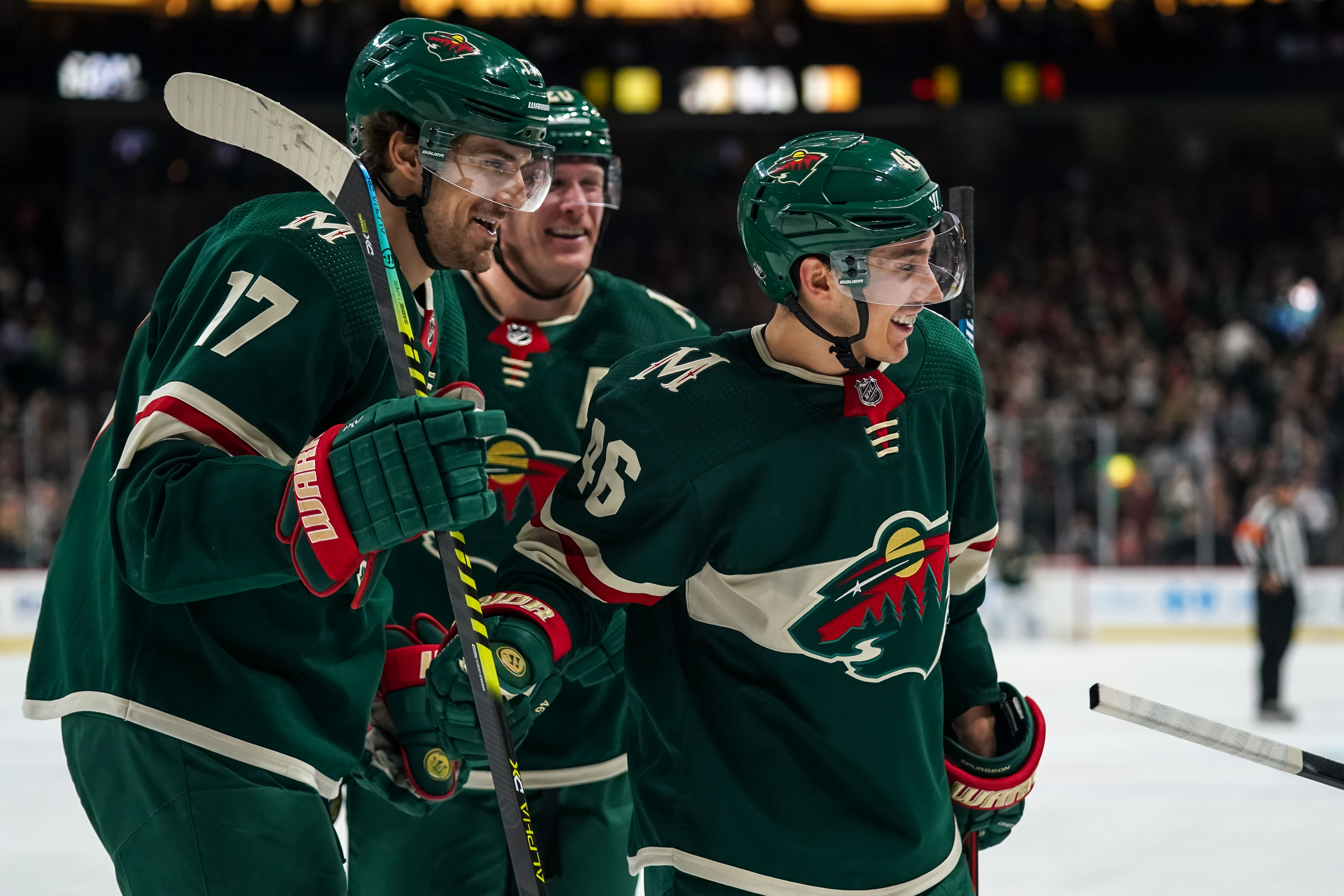 Back in the spring of 2004, my wife and I went on ‘Spring Break’ to Quebec.  The flight from Minneapolis to Montreal was supposed to be about 2 hours.  Emphasis on ‘supposed to be’ as we flew into a blizzard and after circling Montreal airport waiting for weather conditions to improve we were re-routed to Ottawa to de-ice the plane and refuel and then we took off for Montreal again.  The 2-hour flight turned into an over 6-hour flight.  By the time we made our way through customs it was about 11:30PM and we had an hour and half drive to a town just outside of the city of Quebec at St. Anne-de-Beaupre.  As we drove our rental car through the blizzard we were happy to get to our hotel room at around 1:30AM.  We embraced the experience and made the best of it as the circumstances were out of our control.

The Covid-19 pandemic continues to dominate the way we live our lives, and its not exactly new that it would effect sports as well.  As a person who coached high school football this fall, Covid-19 precautions were paramount.  I think all coaches and teams all explain to their players the importance of being vigilant being extra careful.  I was as careful as I could be, but my wife and I still ended up getting Covid just prior to Christmas.  Luckily for us, the symptoms were relatively mild but the fact we have been self-isolating since March, doing contactless pick ups for groceries, and other precautionary steps (always wearing masks the few times we ever go out, using hand sanitizer, etc) we still got it.  No doubt it’s probably a similar story for the Wild players who now find themselves quarantined.

Starting with power forward Marcus Foligno‘s testing positive for Covid-19, other Wild players found them subject due to protocols most likely due to contact tracing.  Nick Bjugstad, Nick Bonino, Joel Eriksson Ek, Marcus Johansson and team captain Jared Spurgeon were placed under quarantine and the team announced it will postpone its next four games against Colorado, Arizona and St. Louis respectively.  The schedule will adjust, but the team’s season effectively is put on hold.

While we all hope that anyone with Covid-19 have rather benign symptoms like we did, the sudden halt to their season does buy time for players battling through injuries like Spurgeon, Johansson, Matt Dumba and Mats Zuccarello who get a bit more time to heal / recover to say nothing of the nicks and bruises players who are still in the lineup have already endured through the first 11 games of this truncated 56-game season.  But Covid-19 is affecting other leagues as well as the NWHL suspended their season just a few days ago.  That certainly is unfortunate news for the Minnesota Whitecaps who were off to a strong start.

While I will miss watching Wild hockey, it gives the fanbase a chance to recover from what has been a jam packed first few weeks of the season.  So sit back, grab a cup of coffee and enjoy the respite or watch some of the other teams around the league.  It will be interesting to see how the team emerges out of this latest setback.  Joey Awaijane at Brave the Wild podcast discussed the issue in his most recent episode.  Sometimes a pause isn’t the worst thing in the world, it gives us all a chance to stop, reflect and provides an opportunity to take care of things that perhaps we’ve been placing on the back burner with the rapid pace of life. 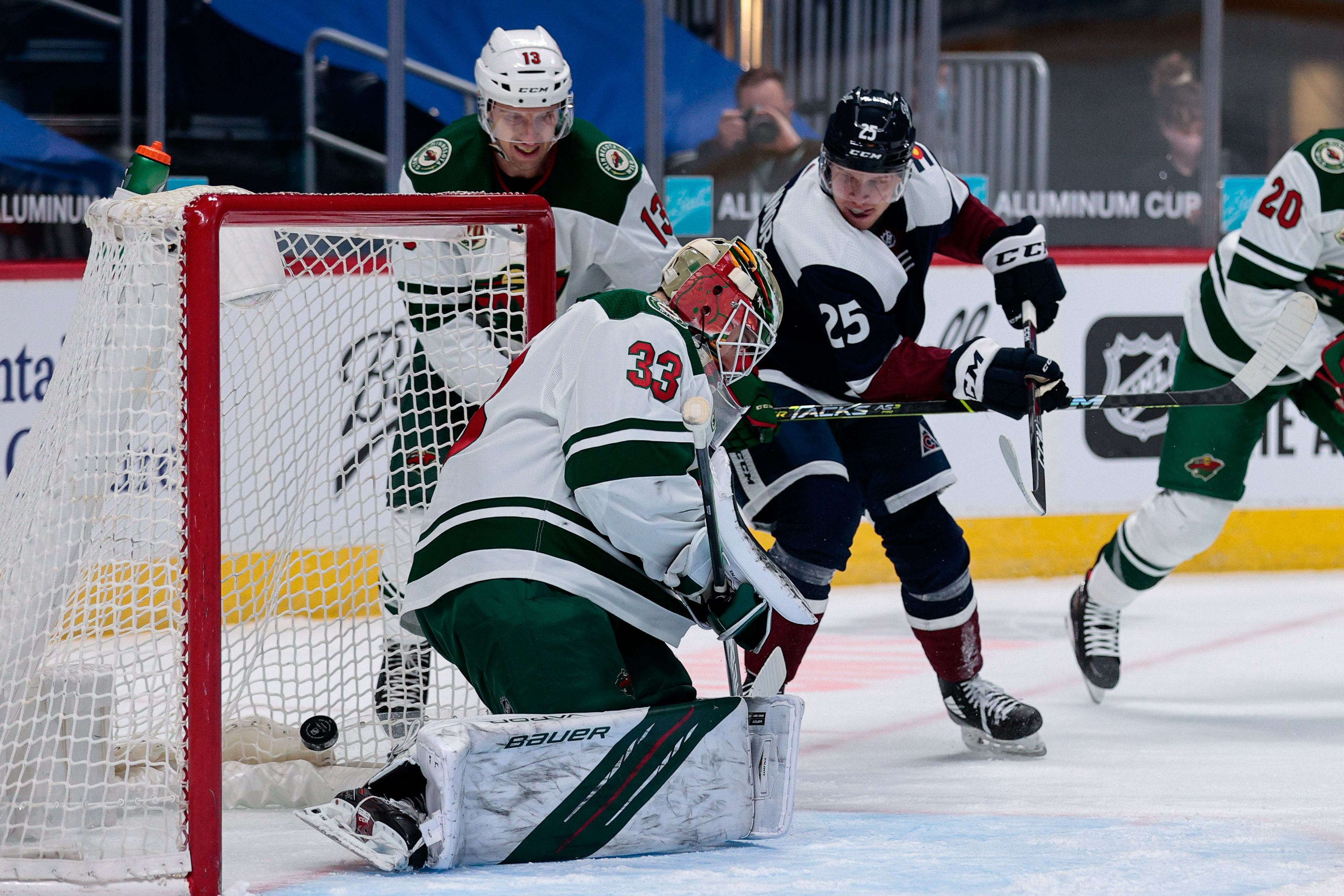 Prior to the start of the 2021 NHL season, beyond Kirill Kaprizov the newcomer I was most excited to see was Nick Bonino.  Why?  I thought Bonino brought versatility and valuable playoff experience after winning two Stanley Cups with the Pittsburgh Penguins.  He was a productive player on the Nashville Predators’ 3rd line and I felt he might blossom given a bit more ice time and opportunity on a Wild team that was in need of someone stepping up at the center position.

It hasn’t been all bad, Bonino has been the Wild’s best player at winning draws and its no surprise that whenever there is a big faceoff Wild Head Coach Dean Evason doesn’t hesitate to deploy the Hartford, Connecticut-native.  Bonino is currently winning his draws at 56%, which is so far the best win rate of his NHL career.  However its in the other areas of the game where it has been a struggle.

Defensively he has had his share of ugly shifts, like you see on the picture above where he loses his man and he managed to bank a puck off Cam Talbot and in.  Bonino is currently a -5, but it is almost like he’s struggling to deal with the speed of the game.  When he has been on a Top 6 line, he often seems surprised when teammates pass him the puck meaning he’s unprepared and potential scoring chances fizzle.  I realize he has been bounced around the Wild lineup, but he’s also a veteran player with over 600 NHL games to his credit.

Either way, with the increased ice time and opportunity he needs to contribute more than the 1 goal and 1 assist he has on the season thus far.  Bonino perhaps can use this pause to reset himself mentally and emotionally to be ready to go when play returns in a week or so.

What did you think of the Wild’s start to the season thus far?  Tell us on Twitter @CreaseAndAssist!

Check out the rather ‘meaty’ prospect report!

The NCAA has announced its nominees for the Hobey Baker Award, which is given to college hockey’s top player.  Included in that group are two Minnesota Wild prospects, University of Minnesota-Duluth senior Nick Swaney (7 goals, 21 points) and Boston College sophomore Matt Boldy (4 goals, 13 points).

C – Alexander Khovanov (Bars Kazan, VHL) ~ Things didn’t turn out the way Alexander Khovanov had hoped when he returned to play in Russia.  After struggling to get playing time and win the favor of his KHL coach, he was relegated to Russian Junior where he has been nearly a point-per-game player.  Khovanov has 7 goals, 23 points, 34 PIM’s and is a +7 in 27 games.

C – Matvei Guskov (Krasnaya Armiya, MHL) ~ The former London Knight is plugging away in the Russian minor league circuit where he’s producing at nearly a point per game.  Guskov has 4 goals 9 points, 6 PIM’s and is a +3 in 12 games.

C – Matt Boldy (Boston College, H-East) ~ It has been a strong year for Boldy after a solid World Juniors performance he’s managed to be a nominee for the Hobey Baker Award.  The Waltham, Massachusetts-native had an assist on 4 shots in the Eagles’ 6-2 win over Northeastern.  Boldy has 4 goals, 13 points, 4 PIM’s and is +10 in 11 games.

LW – Nikita Nesterenko (Boston College, H-East) ~ the skilled freshman’s strong season continued on Tuesday when he registered a goal and an assist on 2 shots in BC’s 6-2 victory over Northeastern.  Nesterenko has 6 goals, 13 points, 8 PIM’s and is a +10 in 13 games.