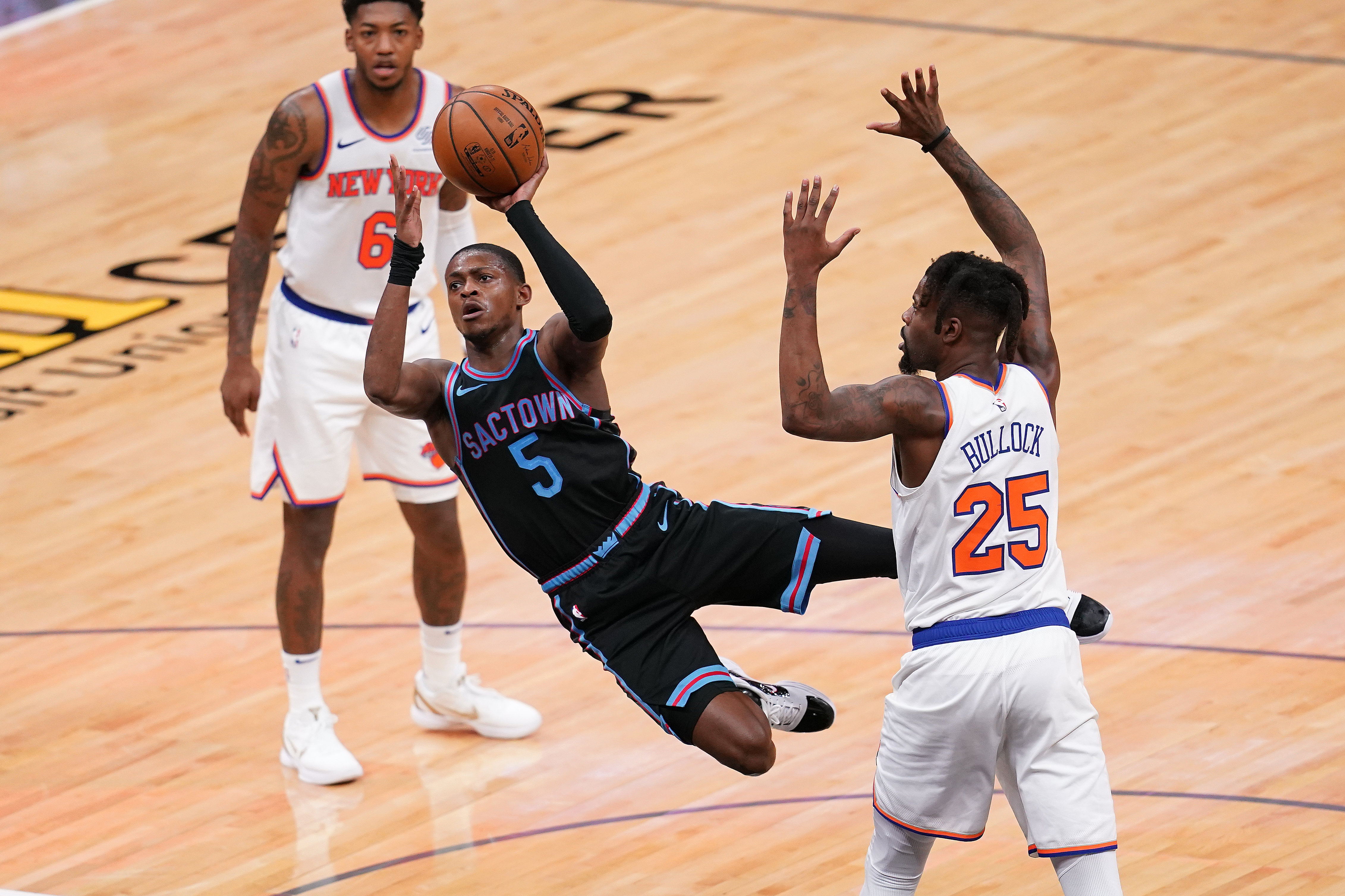 Anyone that thinks De’Aaron Fox — and a number of other NBA players, for that matter — cares about whether or not the All-Star Game is played is dead-wrong.

Similar to how NFL players view the Pro Bowl, playing in the All-Star Game just isn’t a big deal for guys that haven’t appeared in the exhibition matchup before. A lot of guys, especially veterans, prefer to just enjoy the break from the NBA action, to get their bodies right and decompress.

There is a contingent of players that do want to be voted into the game — but for financial reasons. Some guys have incentives in their contracts about being an All-Star or All-NBA, so they do their best to receive either one or both of those honors.

But Fox isn’t in that camp, apparently. Here’s how he feels about the All-Star Game, which will take place in Atlanta next month.

De'Aaron Fox on the possibility of an All-Star Game this season: "I’m going to be brutally honest, I think it’s stupid. If we have to wear masks and do all this for a regular game, what’s the point of bringing the All-Star Game back?"

Fox raises a good point, as All-Star Weekend has a lot of close contact among players, media members and fans, so having it take place this year is a big risk, and it could end up being a super-spreader for the virus, which would be a PR nightmare for the league.