Ten (Or So) Numbers After The First 10 Pens Games

Ten (Or So) Numbers After The First 10 Pens Games 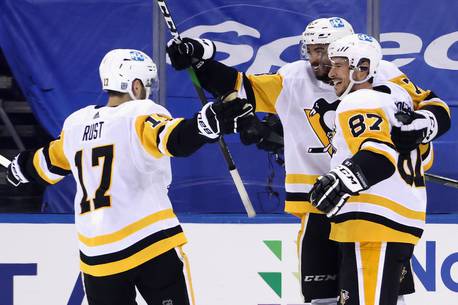 It took just 3 weeks for the Penguins to have games postponed with Covid rearing its ugly head.  Though John Marino has found himself on the Covid Protocol list, we need only look to New Jersey and the Devils with their 17 players on the list dictating this little lull in the Pens schedule.

This mini break a gives the Penguins some time to work on some of the problems plaguing them so far before heading to New York to face the Islanders (3-4-2, 9 points, 7th in the division) on Saturday night.

The few days off also give us an opportunity to dig a little deeper into the Penguins’ problems (and successes) after their first 10 games of the season, where they have a record of 5-4-1, good for 11 points and 4th place in their division.

So let’s take a look at some of that, shall we?

The Penguins have members of their top power-play unit shooting around or through tri-pod “dummies.” pic.twitter.com/Qi0ee9eNqH

Ending the overall static-ness, shooting the puck, and crashing the net have to be the first steps towards rectifying the powerplay’s struggles.