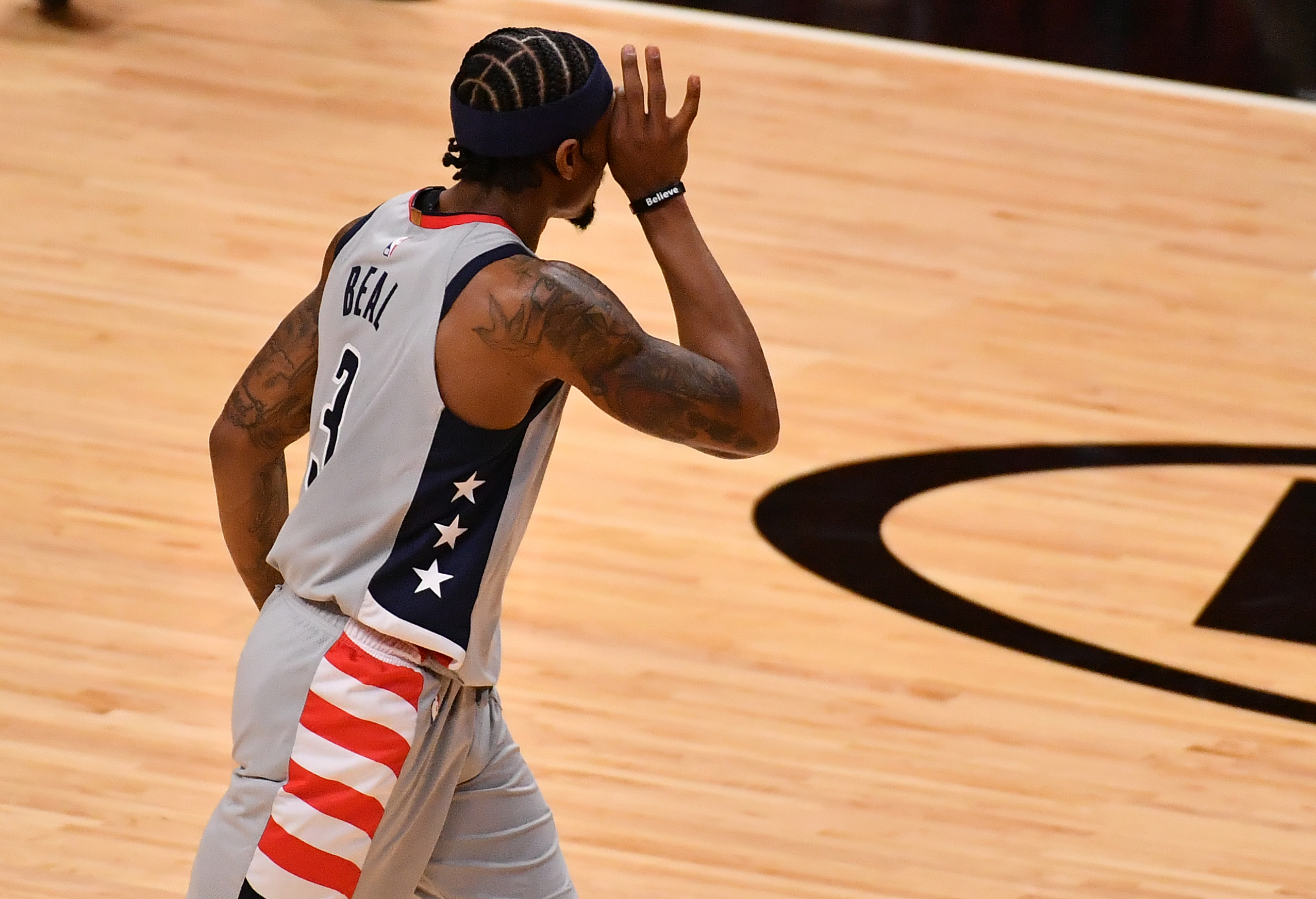 The Bradley Beal trade rumors are swirling, and what he said recently sure didn’t do anything to quell them, despite the message head coach Scott Brooks has attempted to convey.

Brooks has continued to state that the Wizards don’t plan to trade Beal, but the team is awful, and it’s hard to see him wanting to stick around. Beal is still in his prime years, but his window is closing, and he might want to play for a team with a legitimate shot of winning a title — rather than one sporting a 5-13 record, dwelling near the bottom of the Eastern Conference standings.

The Heat, on the other hand, represented the East in the NBA Finals last year, and it wouldn’t be surprising to see them in the mix deep in the playoffs this particular season. But given how the Sixers, Nets and Bucks are playing, they might be a piece away from truly competing with those three, which is exactly why they’ve been linked to Beal. The Heat have the assets to swing a particular trade, and it wouldn’t be surprising to see it happen.

And given how highly Beal spoke about the team’s two biggest stars — Jimmy Butler and Bam Adebayo — it’s certainly possible that he wouldn’t mind playing in South Beach.

“Jimmy is an unbelievable player,” Beal said, via the South Florida Sun-Sentinel. “He’s a star in our league, a true leader. It’s always competitive when we play. He always just wants to win, whatever it looks like.”  He also complimented Adebayo as well.