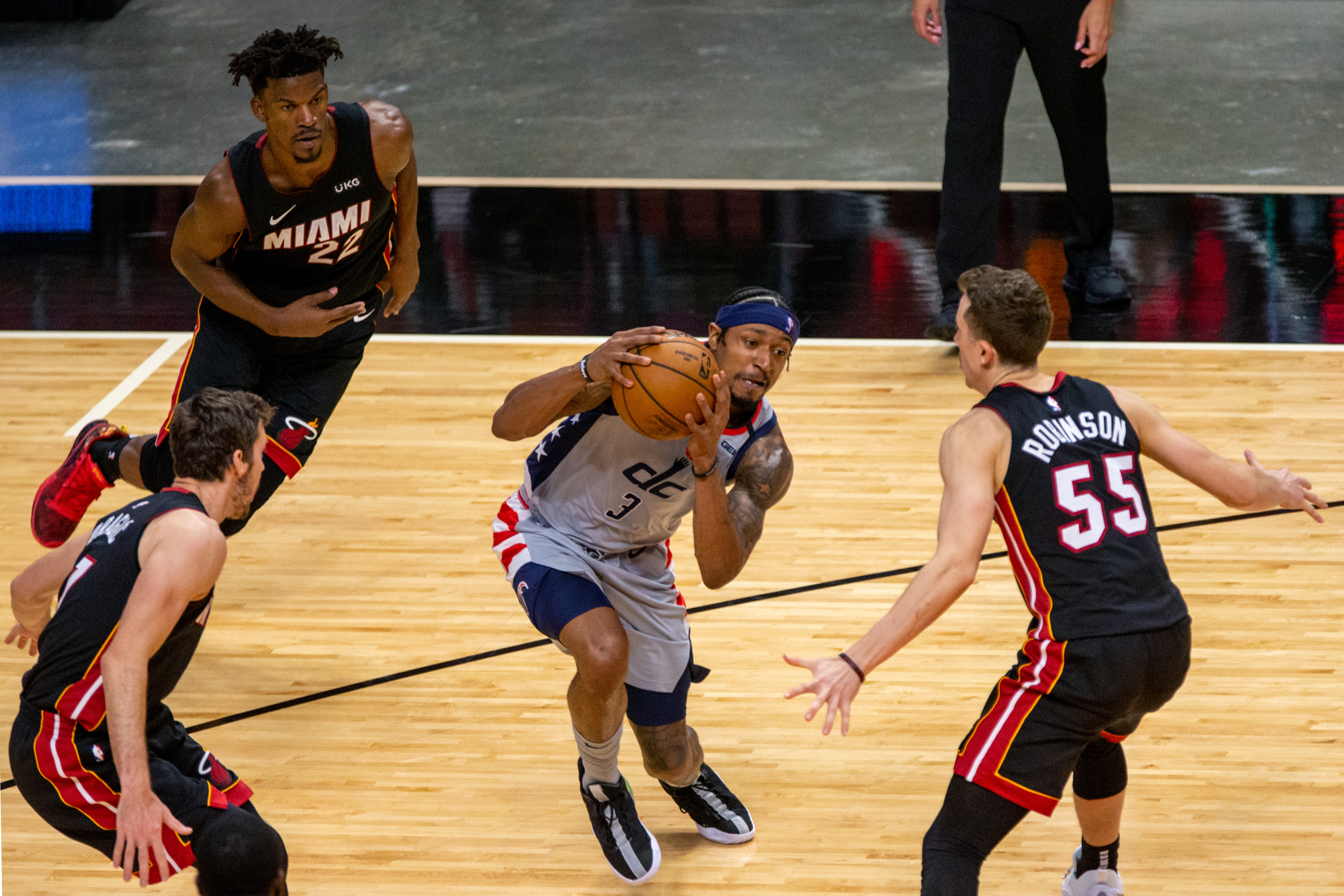 One game after breaking Michael Jordan’s 16-game streak of 25+ points to start a season, longest since the NBA/ABA merger in 1976, Bradley Beal had his worst game in a very long time. The soon to be three-time All-Star had just seven points on 1-14 shooting including 0-12 in the first half when the game was still conceivably within reach. Washington cannot blame the 122-95 loss to the Heat on Beal’s lack of offense because they could not defend consistently, but it certainly creates a snowball effect.

“I’m human,” Beal simply put. “Every human being is due for a bad one, bad day. I’m sure you’ve had a bad day out of the 365 this year, right? Just happens. A lot of tough shots, they made it tough. They double, triple-teamed a lot. A lot of shots I had, I didn’t love them. They did a really good job of defending. I’ve never been 0-for in a half though.”

With the Wizards shooting just 8-for-33 from beyond the arc, the Heat were helping off of the other four players on the court even more generously to make life for Beal difficult.

All eyes were on Beal for Miami who were not going to let him beat them single-handedly for as many times in two games.

“Anybody but [him]. He’s one of the premier scorers in this league right now. He’s the focal point of their team. That’s a talent right there. The biggest thing was trying to contain that type of talent,” Bam Adebayo said.

Miami is a team especially built to best limit Beal’s scoring potential because they have a great primary defender in Jimmy Butler (something Washington glaringly lacks) and an excellent big man defender in Adebayo that can legitimately guard 1 through 5 and give Beal an advantage he would normally get in pick-and-rolls. The Heat’s rotation coupled with the Wizards’ poor shooting night allowed them to double and force the ball out of Beal’s hands on the occasions that he was even able to get the ball.

“They made it hard for me to catch. They only switch with Bam, everybody else was a double team until I picked the ball up and got rid of the ball. Jimmy was the main matchup and he’s a good defender. Granted a lot of shots felt good, they just came up short, but a lot of them were like indecisive kind of. I had like two threes guys were just standing so I just shot it. We got to get out of those type shots and out of that type of rhythm on offense and get body movement, ball movement, get guys side-to-side to give me some advantages.”

Washington will look to rebound as the road trip continues on Sunday with an afternoon game against the Charlotte Hornets where history says Beal will be back on track.

“The one thing about Brad, I’ve coached him now for five years,” Brooks started. “He’s one of the best I’ve had at his bounce-back ability. I expect him to come back and have the game I know he’s capable of having.” 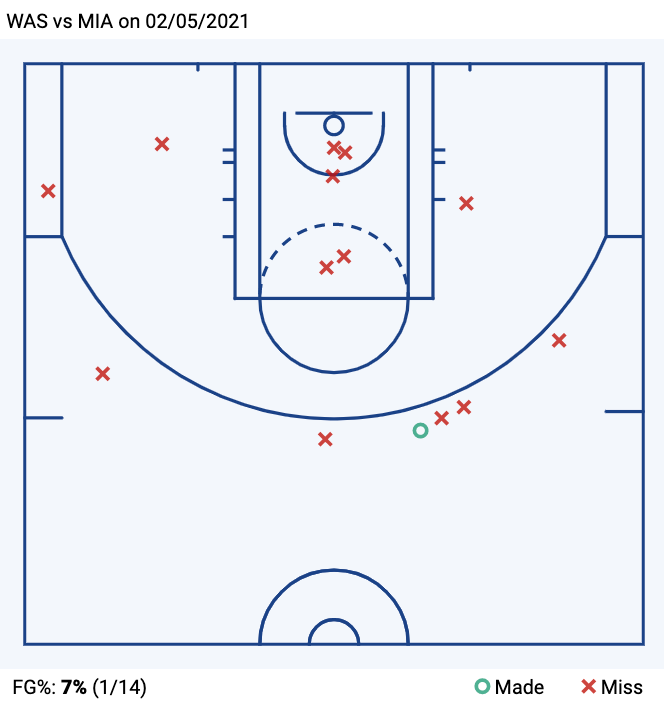