Your [Afternoon] Dump... Where I guess we're having an All-Star game 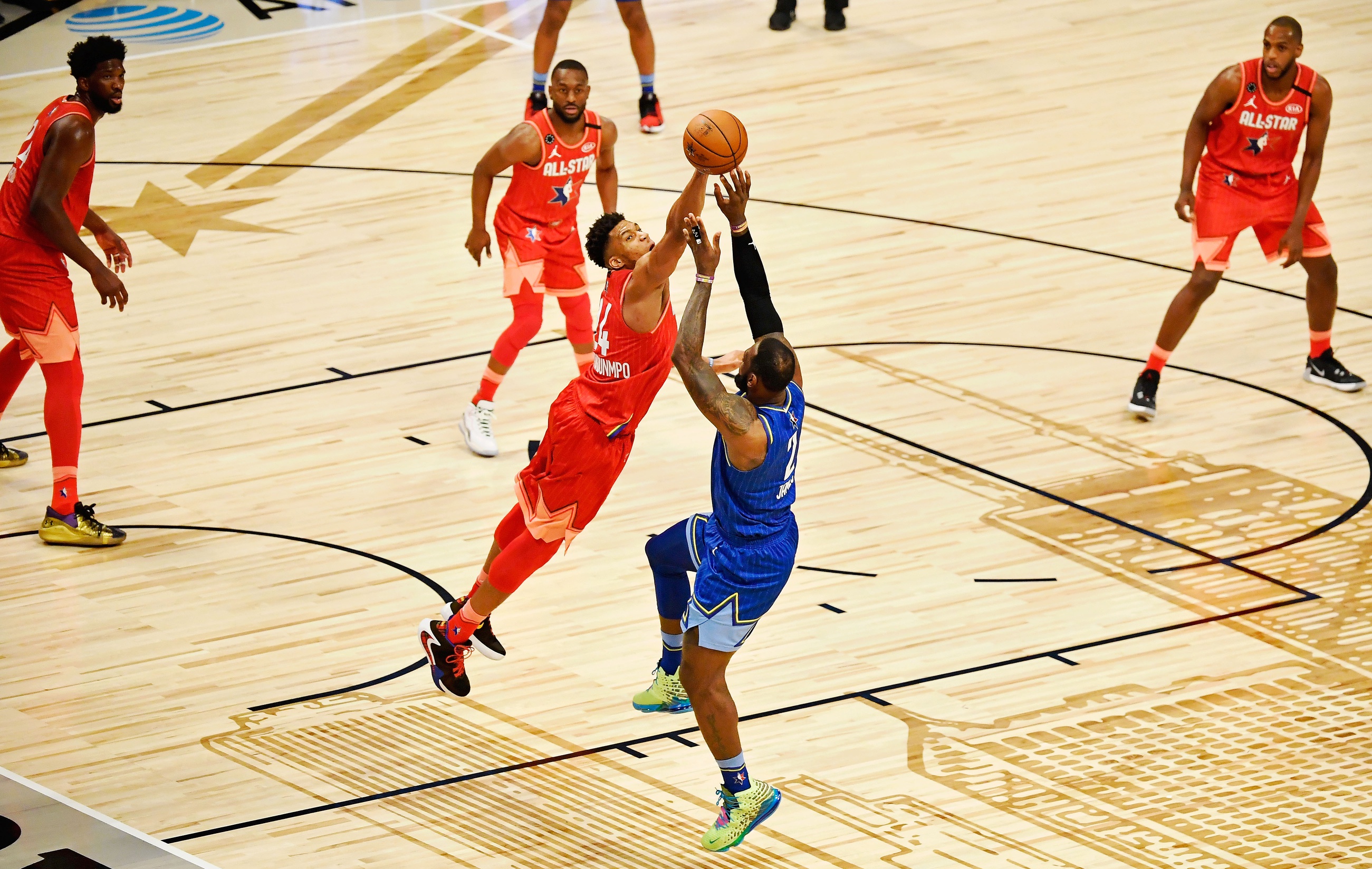 Your [Afternoon] Dump... Where I guess we're having an All-Star game

Every afternoon, we compile the links of the day and dump them here… highlighting the big storyline. Because there’s nothing quite as satisfying as a good morning dump.

The NBA told its teams on Thursday night that it expects to finalize plans in the coming week to have an All-Star Game in Atlanta.

The game and skills competitions will be held on March 7, the NBA told clubs in the memo, a copy of which was obtained by The Associated Press. It remains unclear when players would have to report to Atlanta and how testing will work there, or if fans will be part of the game.

The first-half schedule ends March 4, with the second half set to begin on March 11. The league said it expects to agree to terms with the National Basketball Players Association on testing protocols that will apply to all players during the break, how testing will work for the All-Star event, and when players will have to report back to their home markets to begin preparations for the second-half schedule.

The NBA’s TV ratings are up substantially over numbers from a year ago, so I guess the league figures there’s money to be made with the annual corporate sponsorship fundraiser known as “All-Star Weekend”, complete with sponsored ‘skill’ competitions, and an actual game between guys who will probably be more distracted and disinterested than usual.

But if you tune into the game, while you’re asking yourself why you thought this year’s game would be different from any of the past games, TV announcers will be reading the names of various insurance companies and car companies over and over, and you’ll be treated to endless ads for property/casualty carriers which, if you stop and think about it, you’re already paying for through your premiums and now you’re paying for them again by having to sit through their forced drollery and vague promises. But hey, all this means money in ownership coffers and eventually, player salaries. So hooray, I guess, for the ASG.

When it comes to voting, both Tatum and Brown are 4th in their respective categories. Brown seems almost a shoo-in for a coach’s spot on the roster.

The game’s being held in Atlanta, which is further proof that the league remains ignorant of the existence of the Corn Palace (shoot, if you’re not going to have fans, why not have the game at a venue that isn’t one of these cookie-cutter two-tiered racetrack shaped multipurpose venues?)

Page 2: Where Jaylen Brown is questionable for tonight’s game

Jaylen Brown was an unexpected addition to the Boston Celtics injury report, while Payton Pritchard is a small step closer to returning. Both are listed as questionable for Friday’s 10 p.m. game against the Clippers in Los Angeles.

Brown’s ailment is left knee soreness. He didn’t have any noteworthy issues during Wednesday’s loss to the Sacramento Kings so it’s unclear whether that’s the result of one play or extended use.

The C’s have played 20 games in 46 days, and Jaylen Brown has played 661 minutes, most on the team and 112 minutes more than the next player on the list, Marcus Smart.

So I’m not the least bit surprised by this, and frankly, if it means the C’s lose tonight, I am perfectly okay with that.

The fastest lap in the 2020 Le Mans 24 hour endurance race was 3:19.28. However, the average lap speed for the winning car was 3:43, give or take a second or two. Part of the skill involved in winning a 24-hour endurance race is knowing how hard you can push your car without breaking it. No matter how well-built a vehicle is, it’s not going to last 24 hours running as fast as it can possibly go.

And this season is no different. Jaylen could probably play tonight. Heck, he may want to play tonight. But nobody remembers if you finished the season with the league’s best record. And you don’t hang banners for regular season results.