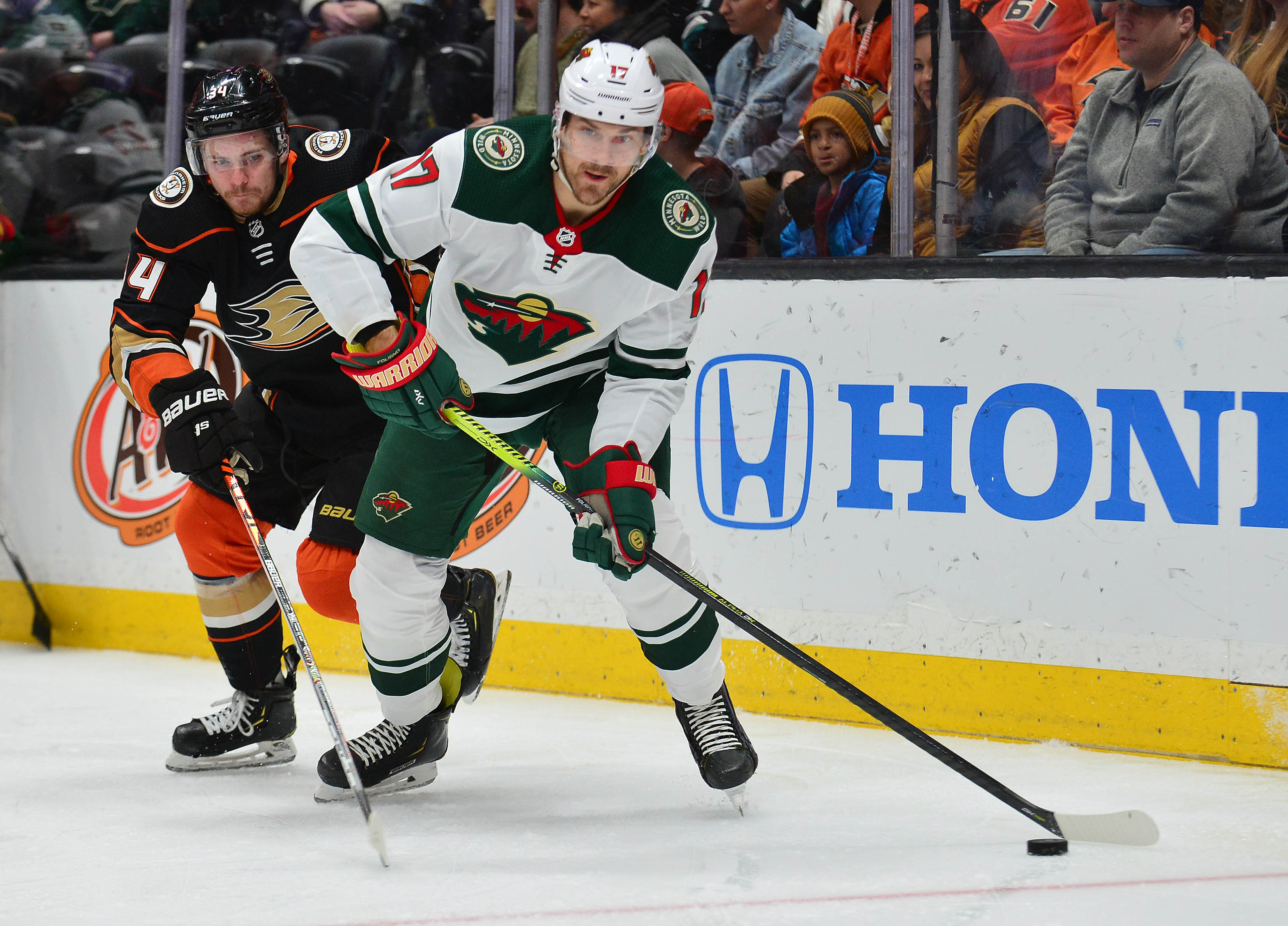 A week ago, millions joined the virtual ceremony hosted by the town of Punxsutawney, Pennsylvania to see if ‘Phil’ saw his shadow which would mean six more weeks of winter as part of Groundhog’s Day.  With temperatures hitting negative numbers more frequently, that kind of interest is not all that surprising.  I am not sure if the Wild’s own man-bear-pig inspired mascot Nordy stepped out of Xcel Energy Center to look for his shadow or whatever, but the Minnesota Wild announced that its Covid-19 pause is going to last a little longer as more and more players are coming down with the virus.  This resulted in the team postponing remaining game with the St. Louis Blues and their next series against the Los Angeles Kings.

Currently, 12 players (Jonas Brodin, Cam Talbot, Marcus Foligno, Nick Bjugstad, Nick Bonino, Joel Eriksson Ek, Marcus Johansson, Nico Sturm, Ian Cole, Jared Spurgeon, Brad Hunt, Carson Soucy and Marco Rossi) and one staff member have Covid-19 according to Wild General Manager Bill Guerin in statement he made to reporters.  He also indicated he expected more players to disclose they now have Covid with how the virus seems to working its way through the Wild roster.  Guerin also stated that so far, most of the players are reporting that they have just minor symptoms thus far with some muscle aches and a loss of taste or smell.  One player told the Athletic that he feels like he was ‘hit by a bus’ and has had a wide variety of Covid symptoms.

Guerin and the Wild hope the NHL continues to keep the team out of action because of the large amount of players impacted by the virus at present instead of having to call up most of the Iowa Wild in order to have a full roster in order to compete.  It is uncertain how much longer the league will let Minnesota recover given the fact it now has to scramble and reschedule games.  The Wild certainly not the only team going through Covid-outbreak at this time as the New Jersey Devils have 19 players identified with the virus and Buffalo Sabres have 9 players diagnosed with Covid-19.

The NHL is certainly trying to play catch up with the virus as it looks to take steps similar to those used by other leagues like the NBA, NFL to identify how the players are transmitting the virus.  Is it during their travel to away arenas, is it at the arenas themselves, is it from the players having to attend meetings or is it from the people the players interact with outside of the arena?  As the Athletic‘s Michael Russo‘s comprehensive Covid-19 protocol article outlines, discovering where that vulnerable transmission point is probably the key to minimizing the amount of cases the league has to deal with.  I would agree with this smart more precise approach.  Because it certainly is important to test the players, but if you’re not going to act on that data all you are going to end up doing is chasing your tail and reacting to an evolving situation.  To me, this is like treating the situation with a scalpel and not a shotgun.

Like I said in my previous article, the break does buy more time for players with injuries like Spurgeon and Mats Zuccarello to get better and perhaps join the roster once it gets past the virus.  There is still no word as to what injury Matt Dumba sustained a few weeks ago but he remains on injured reserve.  So its just hurry up and wait at this point, how much longer that will be remains to be seen.  If there is any silver lining for Wild fans, is the Iowa Wild’s season began this weekend and Minnesota is still full of top notch college hockey to watch as well. 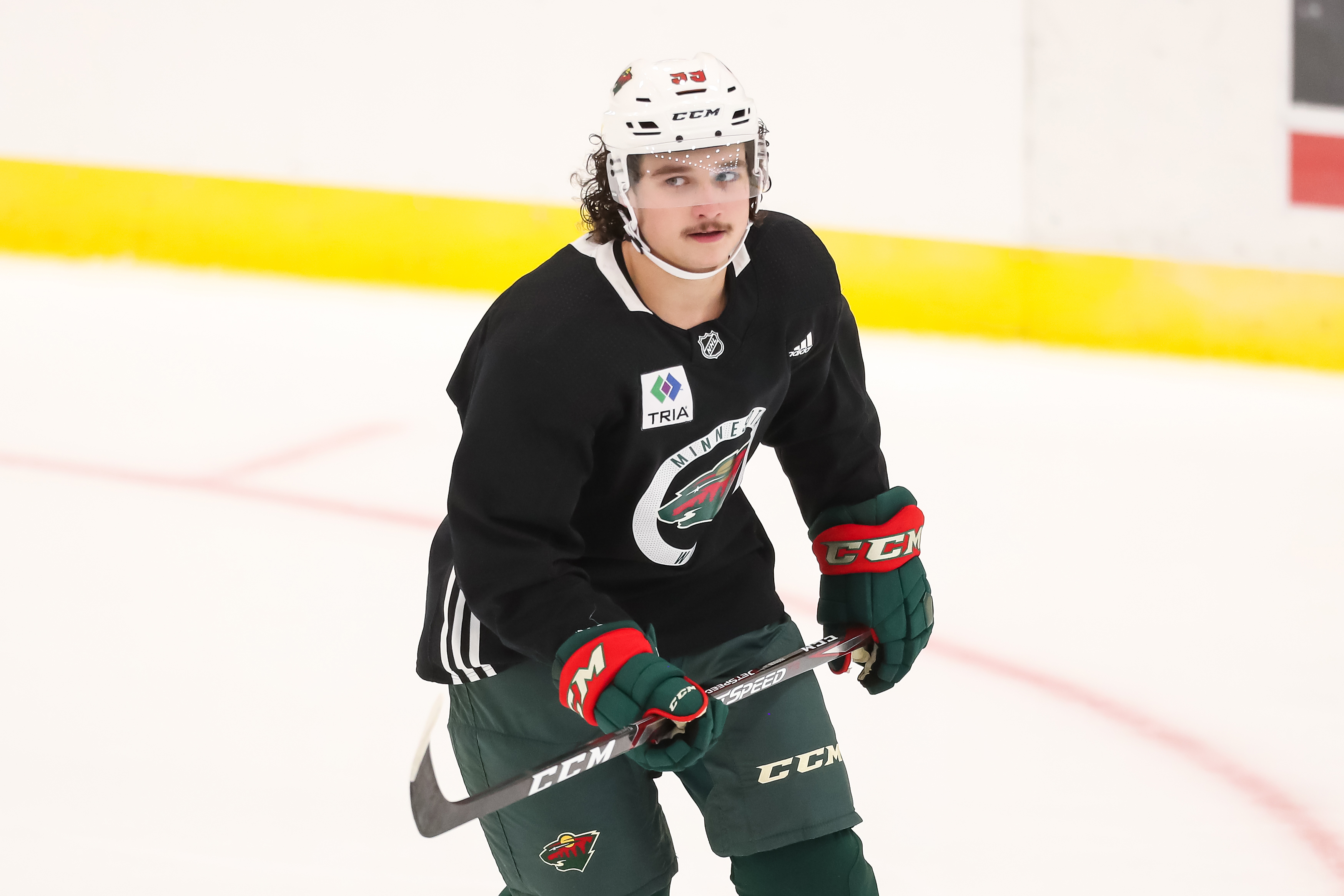 The first two games demonstrated the young Iowa team has some offense after scoring 4 goals in each of its games.  Defensively and between the pipes was where they had some issues in their opening game on Friday where they gave up 6 goals to the Texas Stars to lose 7-4.  However, they’d lock things down on Thursday as they rolled to a 4-1 victory.  What would happen on Monday night in Des Moines?

Iowa’s Brandon Duhaime would get tagged with a hooking penalty early in the game and the Stars would jump out to a 1-0 lead on a power play tally by Tye Felhaber.  Iowa would rebound and score late in the period as veteran Gabriel Dumont took a pass from Connor Dewar into the slot to tie it up at 1-1 as he beat Colton Point cleanly.

In the 2nd period, Dewar would be called for slashing and the Stars would take full advantage of the Wild’s lack of discipline as seconds into the power play it was Josh Melnick ripping a shot by Dereck Baribeau.  2-1 Texas.  Iowa had a tough time generating much in the way of scoring chances throughout the period and penalties would continue to dog their performance.  Josh Atkinson would crosscheck Texas’ Ryan Shea in the face that drew blood and put the Stars on the power play but surprisingly just a minor despite a small stream of blood on the ice from the young Massachusetts-native.  Iowa would get the kill, and shortly thereafter Joey Cramarossa was kneed by Thomas Harley.  With Texas keeping their penalty killers close to Dmitry Sokolov, Iowa was forced to let Dewar and Calen Addison take the shot on the man advantage.  Iowa would nearly tie the game late in the period as Ryan O’Rourke‘s snap shot gave Colton Point some issues but he would recover and deny Dumont at point blank range to preserve a 2-1 Texas lead going into the 3rd.

In the 3rd period, after a failed Iowa power play the Wild would tie the game mid-way through the period when Dumont intercepted a pass in the slot and he’d fire a shot by Point.  2-2 game on Dumont’s 2nd goal of the game.  Dumont would have a chance to bury the game winner off a great pass by Addison which sprung the former Drummondville Voltigueurs star for a breakaway but his forehand to backhand bid was denied by Point and the game would go to overtime.

In overtime, both sides played rather conservatively without wanting to take a risk and give up an odd-man rush the other way.  It was Texas defenseman Thomas Harley, using his bigger frame to keep the puck away from Dewar and he’d swing behind Iowa goal before sending a shot off the back of Baribeau’s skate and in giving the Stars a 3-2 overtime victory.  Baribeau had 27 saves in the loss.

C – Andrei Svetlakov (CSKA Moscow, KHL) ~ The 4th line center had a goal and an assist on 3 shots on goal and went 7-for-13 on his draws in CSKA Moscow’s 3-2 shootout win over Traktor Chelyabinsk.  Svetlakov is already having his best KHL season yet as he has 7 goals, 19 points, 34 PIM’s and is a +10 in 43 games.

C – Marat Khusnutdinov (SKA St. Petersburg, KHL) ~ The 18-year old forward has spent most of the season playing in the Russian junior leagues but his hard work earned him a spot on the KHL squad and he chipped in an assist on 3 shots on goal in SKA St. Petersburg’s 3-2 win over Jokerit.  Khusnutdinov has no goals, 2 assists, 2 PIM’s and is a +1 in 12 games.

C – Sam Hentges (St. Cloud State, NCHC) ~ The junior center may be thinking about the goal that was waived off on Saturday night, but he still managed to light the lamp one other time on 4 shots in the Huskies’ 5-4 OT loss to Western Michigan.  Hentges has 7 goals, 13 points, 14 PIM’s and is a -3 in 19 games.

C – Jack McBain (Boston College, H-East) ~ The junior center had an assist in Boston College’s 3-1 loss and series split with arch-rival Boston University this weekend.  McBain has 4 goals, 14 points, 12 PIM’s and is a +15 in 15 games.

Here are Karl’s rankings for Class AA Boys Hockey – if you want to read his explanations for those rankings as well as a section by section breakdown, click on the link!