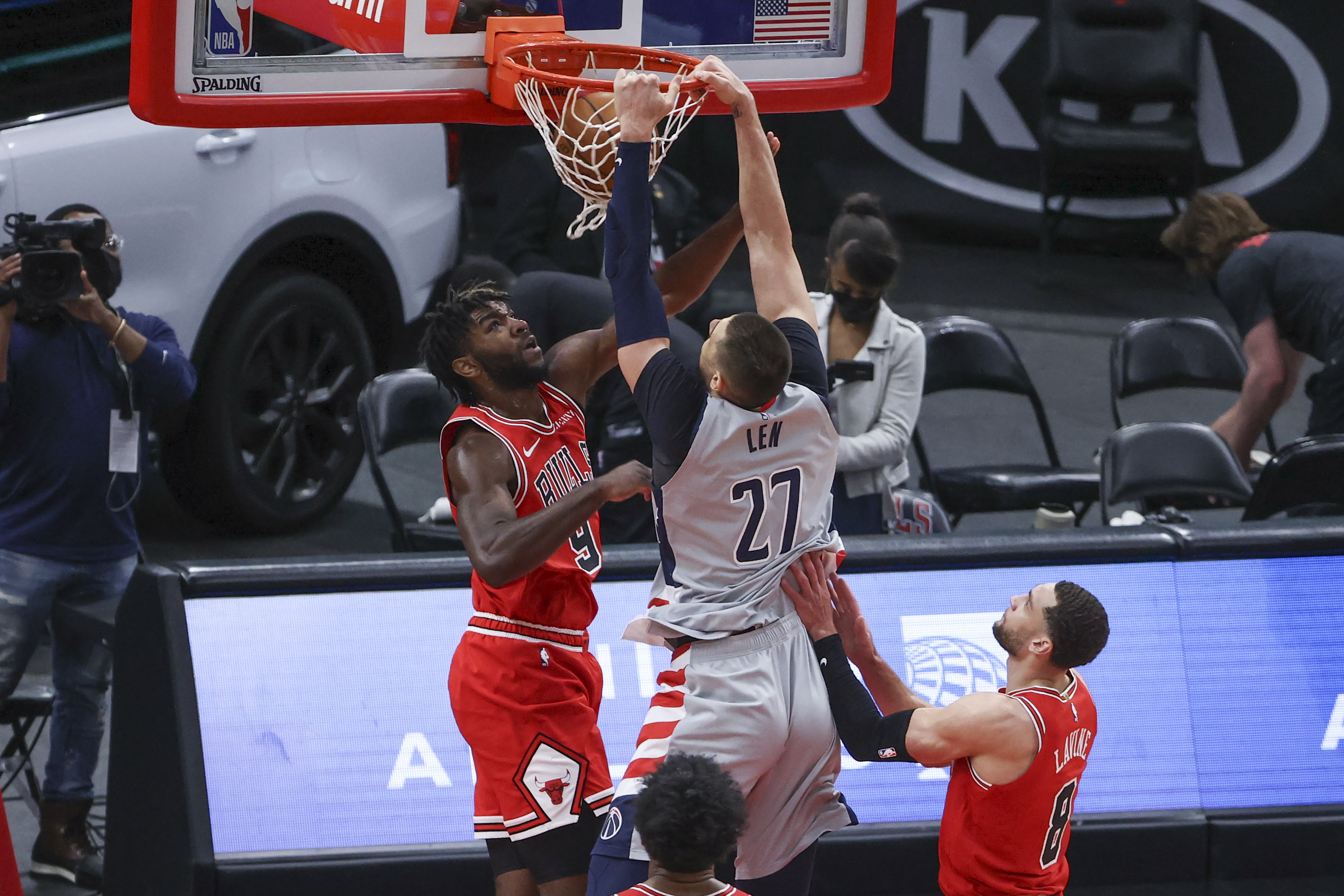 The Washington Wizards have lacked a legitimate rim protector for several years at this point. Thomas Bryant is still developing defensively, Marcin Gortat lacked the hops to effectively contest shots, and Ian Mahinmi, well we don’t need to re-visit that outcome. It was curious at the time and panning out subpar thus far when the Wizards used $7.3 million of their mid-level exception on Robin Lopez when it has been the mid-season addition of Alex Len for the veteran’s minimum that has netted Washington two victories already.

“He’s a big body. It’s tough to make a shot over him,” Scott Brooks assessed the 7-foot-1 big man. “I thought the referees gave him a couple tough ones. For the most part, he’s really smart with his verticality. I thought the first couple minutes of the game really created the spirit of our team. He was setting good screens, Brad was coming off, they’re going to send doubles to Brad and Brad made the right pass on-time and Alex had to do was the quick dunks.”

To go along with his perfect 5-for-5 shooting night, all dunks off passes from or putbacks on shots from Beal, Len had the game-winning defense on likely All-Star Zach LaVine to secure a victory for Washington that they nearly fumbled away late.

Alex Len still remembers the poster Zach LaVine put him on in 2016 😳 pic.twitter.com/BYQO9m64xL

Monday’s game was not the first time Len affected a shot late in the game to preserve a slim Washington lead and eventual win. In the win over Miami the previous week, Goran Dragic slipped around a pick well ahead of the defending Ish Smith. Len was able to change directions and backpedal quickly to force a difficult shot for Dragic in what otherwise could have been a layup with bad defensive rotation that has plagued the Wizards all season. The former Maryland Terrapin that has adjusted quicker with Washington thanks to his former College Park coaches David Adkins and Ryan Richman had five blocks in the win over the Heat.

“Len is a big body. He just wants to play, get an opportunity, and he found a home here with us. He’s taking advantage of his minutes,” Beal described “He’s been giving us good sparks of energy, sets really good screens, he rolls, a big presence down low, and he alters shots on the defensive end. We love everything that he’s doing. He’s been very consistent, he plays extremely hard.”