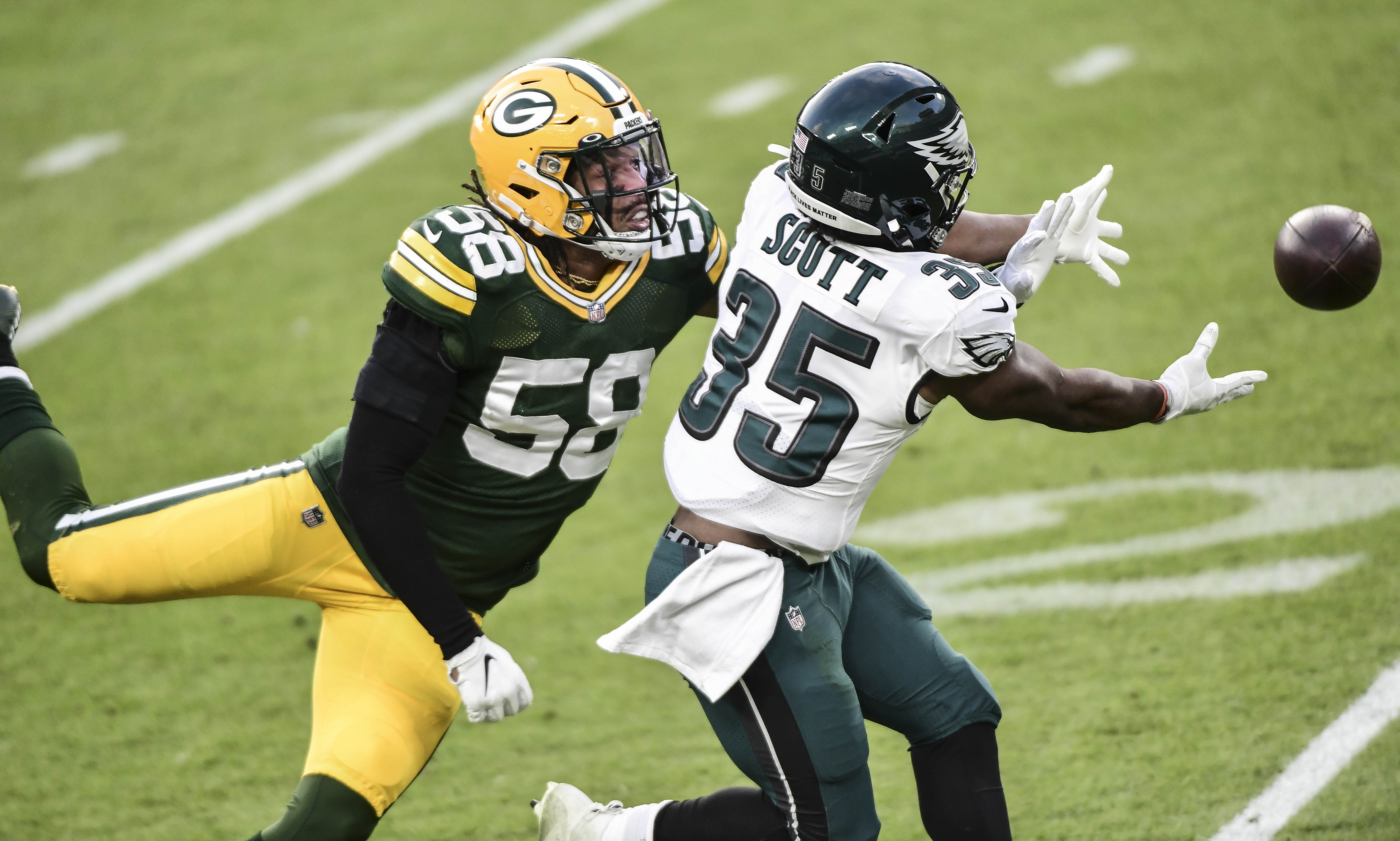 With the 2020 season now history, it’s time to assess the job Packers GM Brian Gutekunst did this past year with his free agent signings.

Unlike 2019, Green Bay did not have a lot of cap space to make major signings during the offseason. The Packers signed four starters in 2019, edge rushers Preston Smith and Za’Darius Smith, safety Adrian Amos and offensive lineman Billy Turner.

In 2020, Gutekunst sought to add players to replace some of the free agents that left Green Bay and to fill positions of need with players who were not making top dollar.

This list is limited to offseason free agent signings and trades. It does not include players signed as free agents during the season like Tavon Austin or Snacks Harrison.

Grades are based on a combination of performance and expectations:

The Packers signed Kirksey to a two-year, $16 million contract. The former Browns linebacker was brought in to replace Blake Martinez who had signed with the New York Giants as a free agent.

Kirksey had experience in the Mike Pettine defense in Cleveland and was expected to step in and produce immediately if he could stay healthy. Instead, he got off to a slow start in the first three games, making a lot of tackles but almost no impact plays. Most of his tackles were taking place five or more yards downfield and he was shaky in pass coverage.

Kirksey got hurt in Week 3 against New Orleans and did not return to the lineup until Week 10 against the Jaguars. At first, his play was inconsistent. The Packers took away his play calling responsibilities and moved him from the Mike linebacker to the other ILB spot.

His play clearly picked up down the stretch. He made two interceptions late in the season and recorded two sacks in the final two games of the regular season. Kirksey finished the season with 77 total tackles including two tackles for loss and four passes defensed.

Kirksey continued to struggle in coverage. Opposing quarterbacks completed 72.1 percent of their passes when throwing to players covered by the former Iowa star and they had a quarterback rating of 109.7 according to pro-football-reference.com.

The strong finish was encouraging, but the overall performance was a disappointment. The Packers can save approximately $6 million in cap space if they release Kirksey and with the emergence of Krys Barnes and Kamal Martin, they may decide that this is the best course of action.

The Packers signed Wagner as a free agent after Bryan Bulaga left to join the Los Angeles Chargers. He was going to battle for the right tackle spot. Wagner was injured during training camp but was able to play in the season opener after Lane Taylor was injured and the Packers had to juggle their offensive line.

Wagner played in all 16 games for the Packers and started nine of them. He played in 59 percent of the team’s offensive snaps. Wagner played well at right tackle which was his natural position.

The former Wisconsin Badger star was a steady and dedicated player who provided the Packers with reliable play at that position. He committed only one penalty all season and had solid fundamentals.

Wagner also filled in as an extra blocking tight end in one game when Marcedes Lewis was hurt. He did a good job at that position although he didn’t catch any passes.

When he was asked to play left tackle, Wagner struggled with the speed of the edge rushers on that side. He can play on the left side in an emergency, but he is good enough to start on the right side at tackle next year if need be.

Wagner’s steady play was one reason the offensive line did so well this season.

Funchess opted out of the 2020 NFL season because of the Covid-19 pandemic. His signed a one-year contract with the Packers worth $2.5 million including a $1 million signing bonus. His contract will be moved to 2021 and the Packers will retain his rights.

Funchess will turn 27 before the start of the 2021 season so he should be in the prime of his career. After sitting out last season, he has played only one NFL game over the past two years as he was lost for the year in Week 1 in 2019 when heh played for the Colts.

The former Michigan star’s best NFL season came in 2017 when he caught 63 passes for 840 yards and eight touchdowns. He followed that up with a 44 catch season in 2018 for 549 yards and four touchdowns.

The Packers hope he can be a contributor as a receiver in 2021.