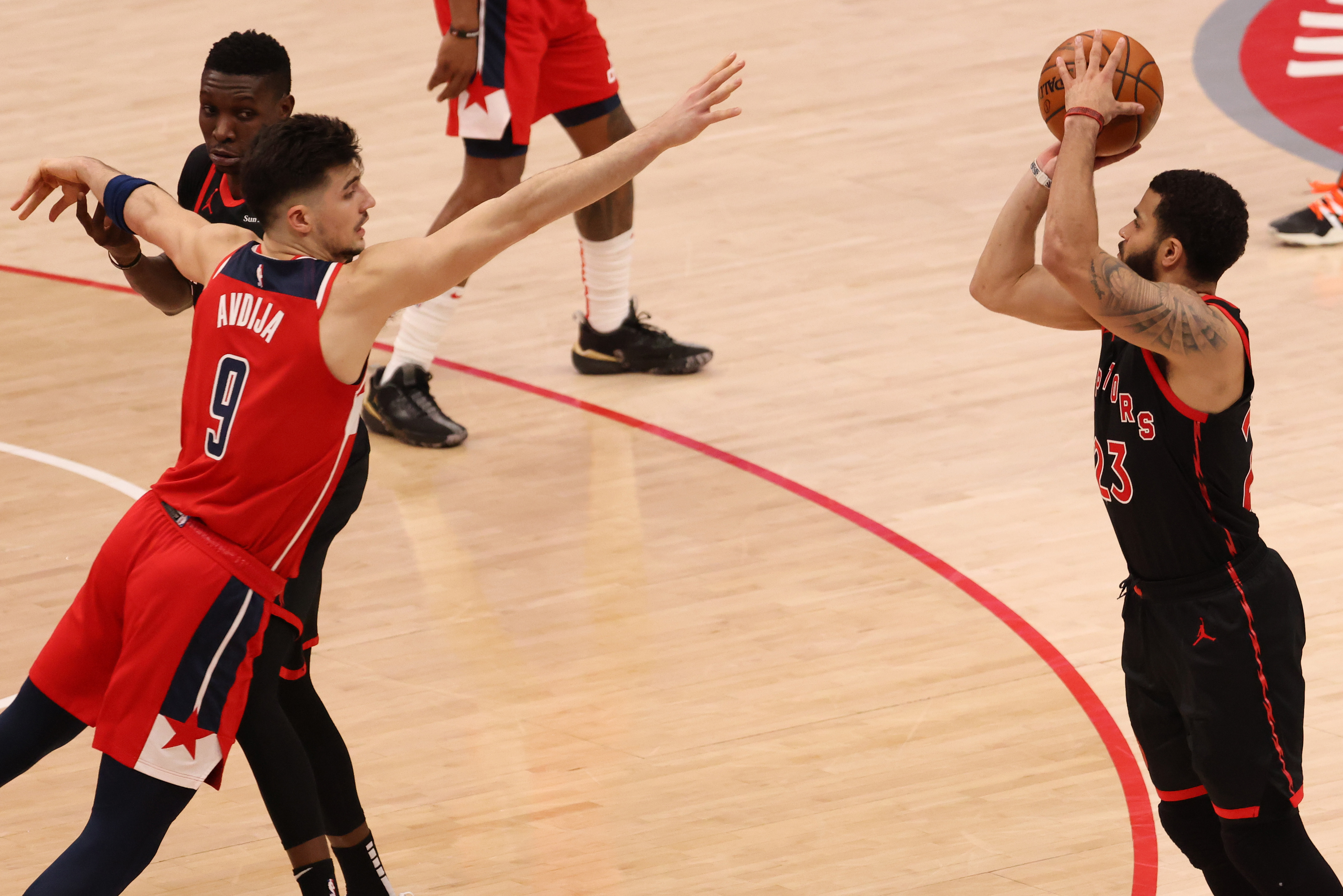 The Washington Wizards have a knack for letting teams shoot flawlessly against them that only get magnified by their simultaneous struggles to make jump shots. The Raptors shot a ridiculous 59.4 percent from beyond the arc (19-for-32), while the home team hit a lowly 29.3 percent of shots from deep (12-for-41). It is not entirely a make or miss league when the defense is sub-par as was the case for Washington on Wednesday. I assessed that 12 of the road team’s 19 three-pointers were benefitted by poor defense.

With Fred VanVleet attacking the paint in transition forcing Davis Bertans to help from the weakside corner, Rui Hachimura had to leave Pascal Siakam to defend Norman Powell in the corner. Despite shooting just 27 percent from three this season, Siakam drained the slot three with Bradley Beal (smartly percentage wise) hesitant to rotate. 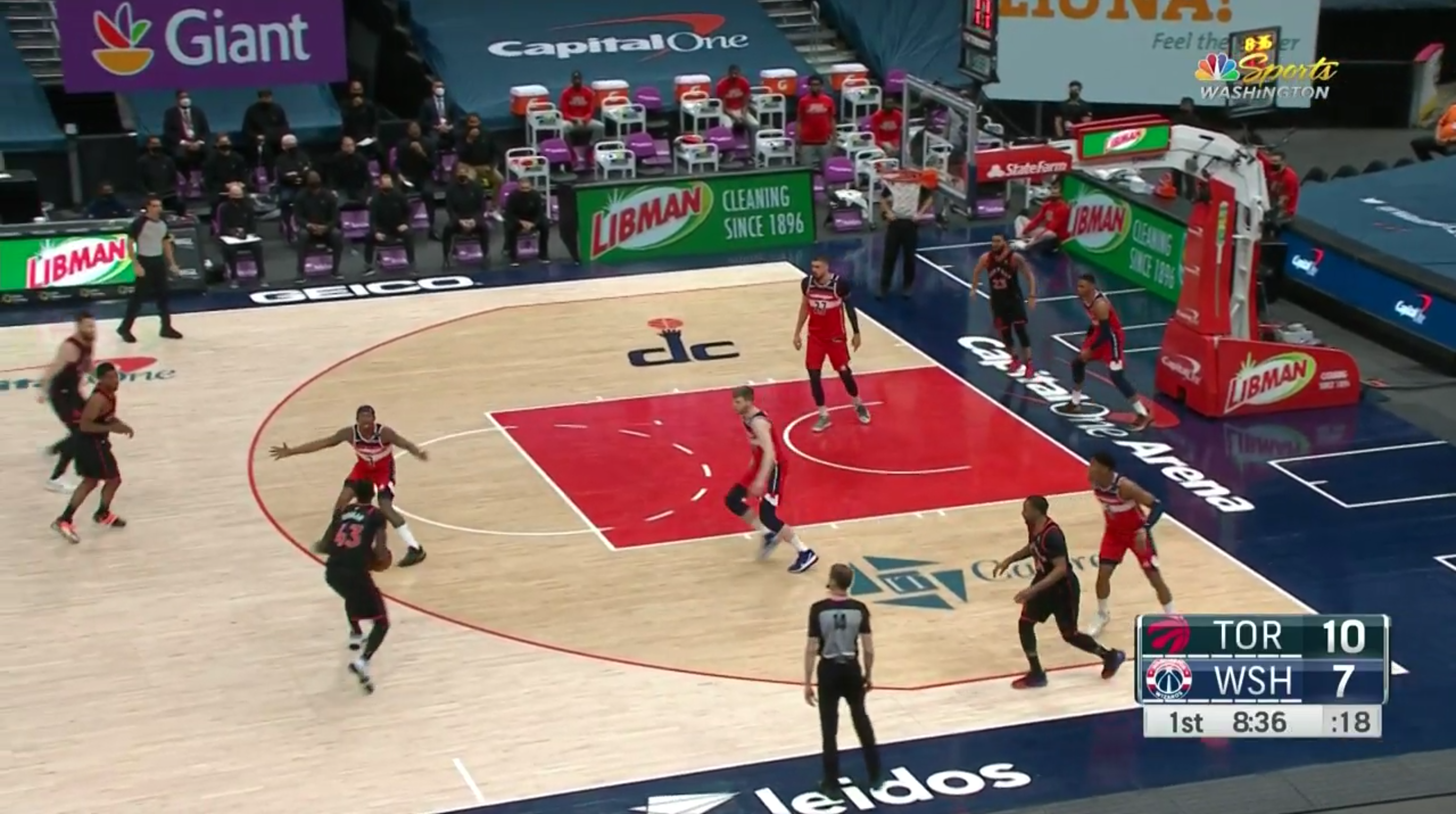 After a Rui Hachimura miss, Norman Powell gave up the ball in transition and relocated to the open spot on the weakside where no one from Washington picked him up. 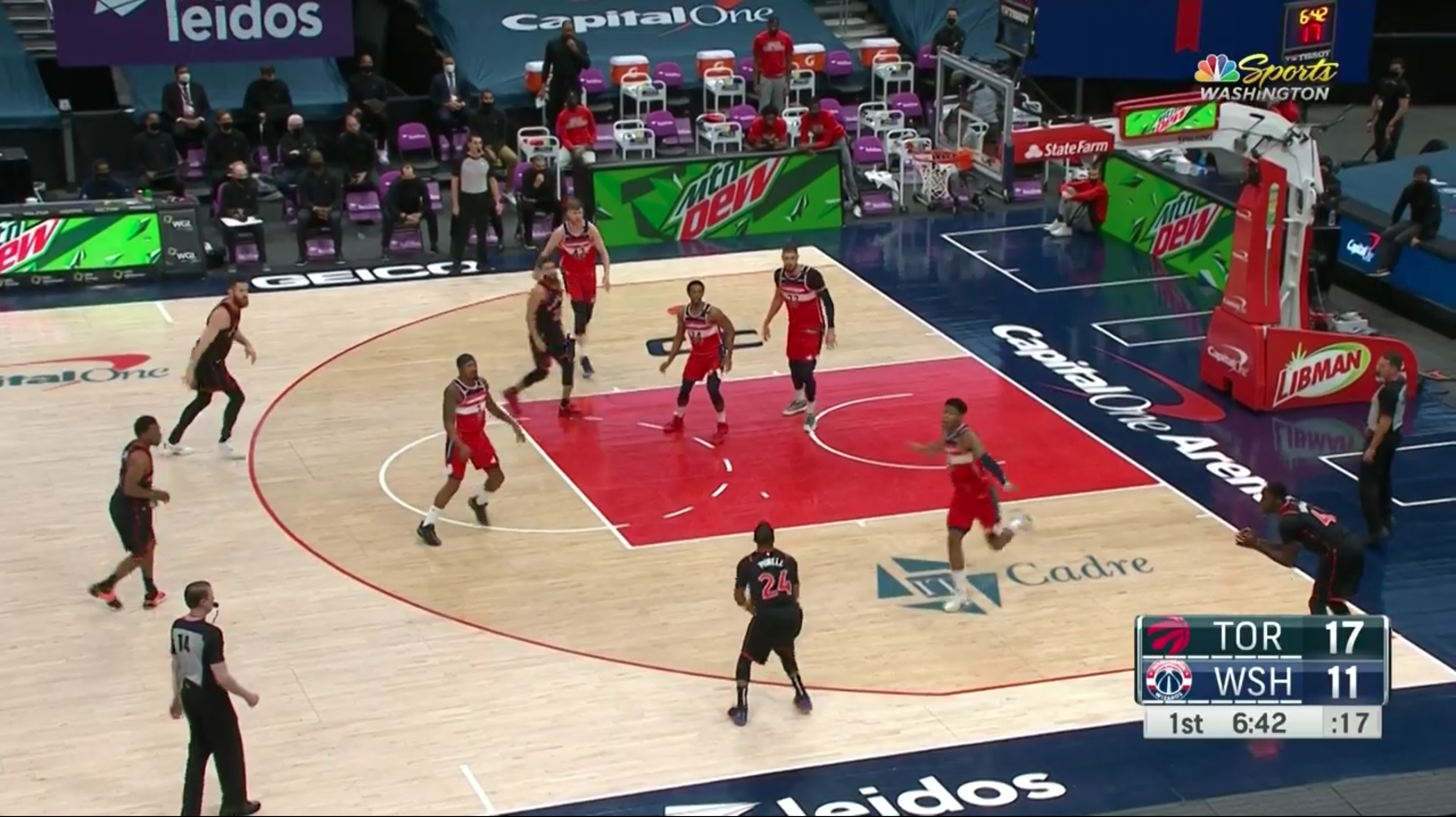 With Norman Powell taking Bradley Beal inside, Robin Lopez went to help inside leaving Chris Boucher with all the space he could ask for. 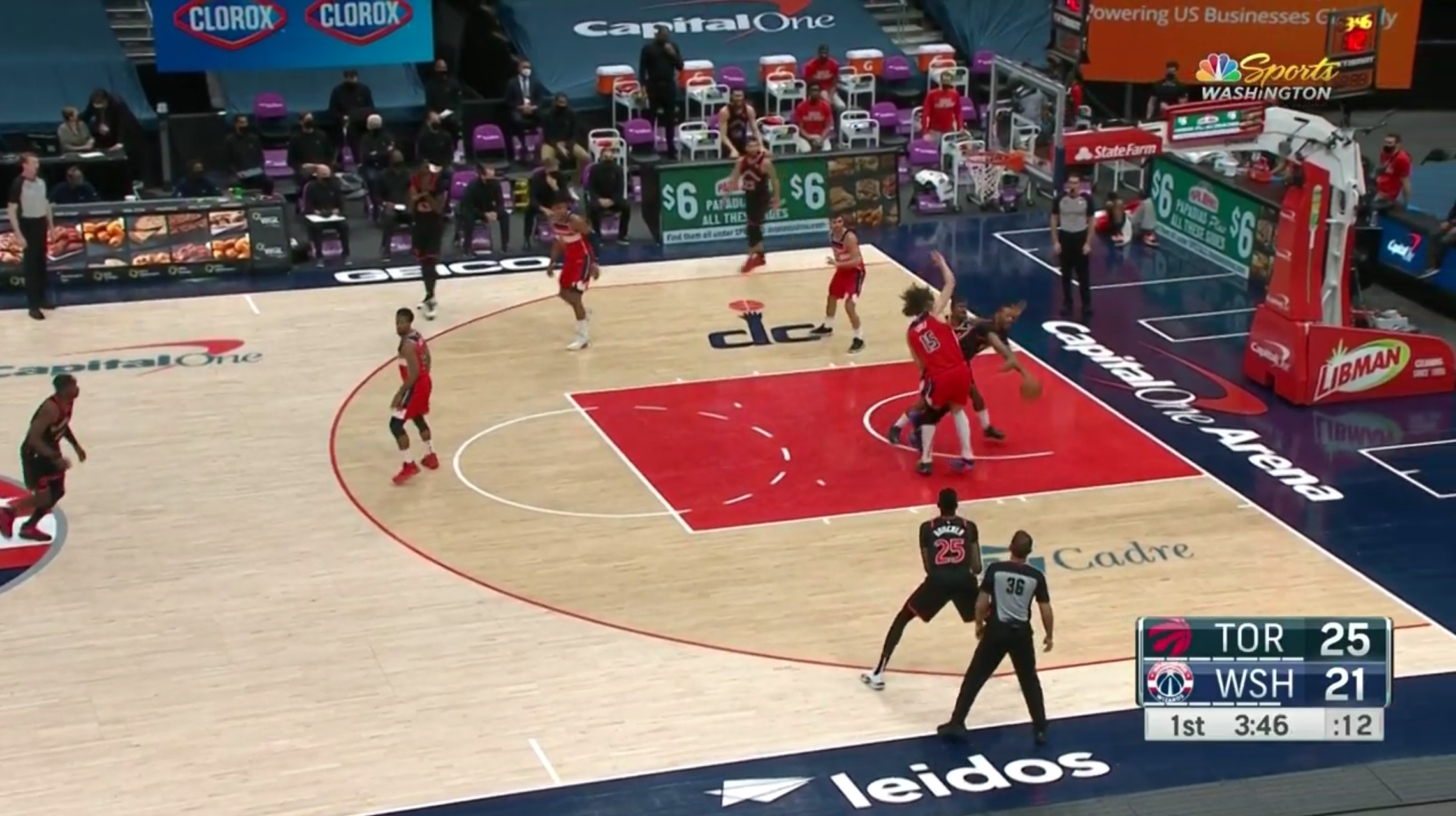 Following a Raul Neto miss from three, the Wizards simply fail to identify their assignments on defense leaving Terence Davis open from deep. 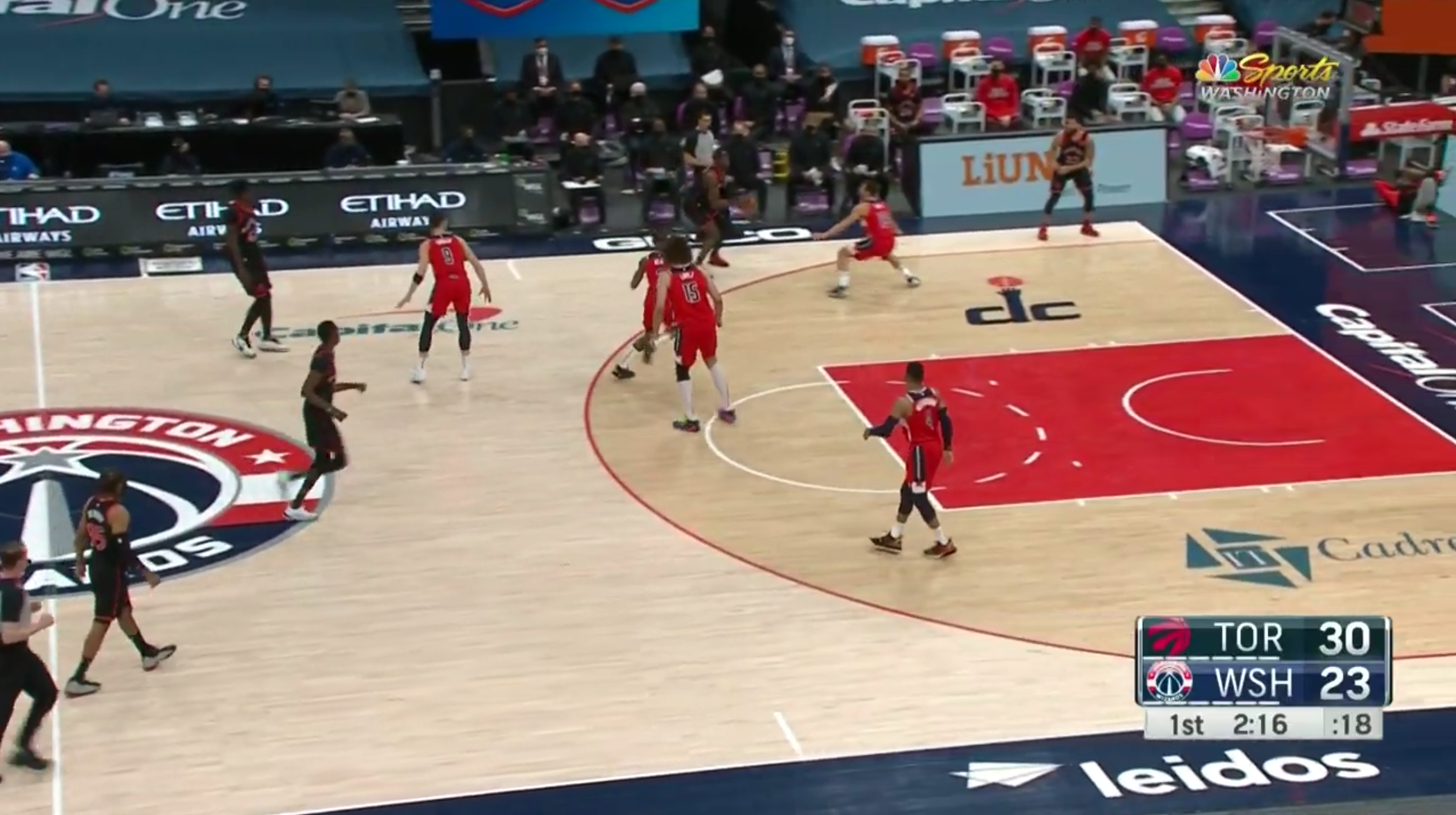 Davis Bertans played too soft on DeAndre’ Bembry before he had the ball and then his closeout was late and ineffective. 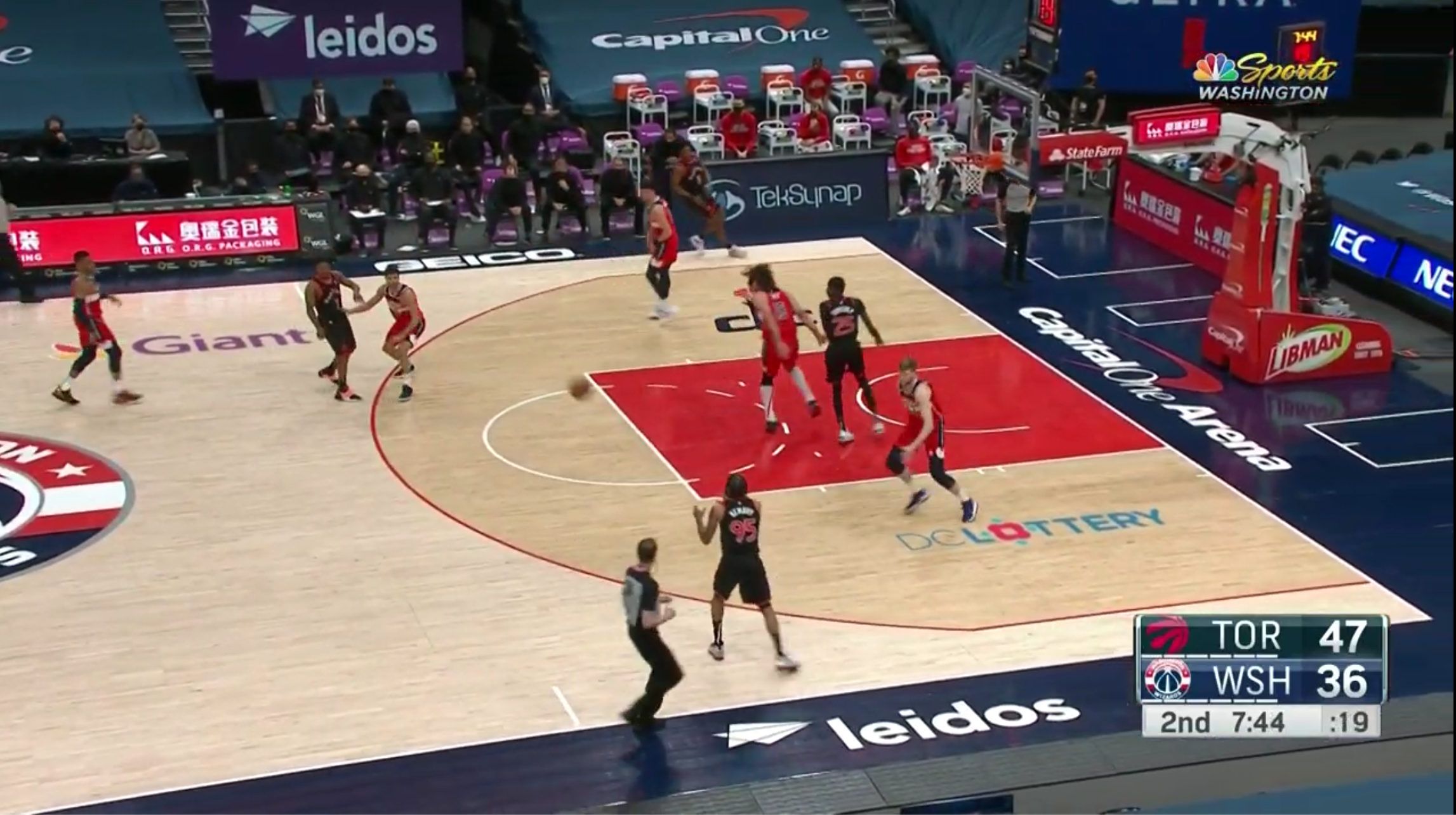 Rui Hachimura was guilty of a little too much ball watching and did not recognize that Siakam had rotated out of the corner to the slot where he got another open look from deep. 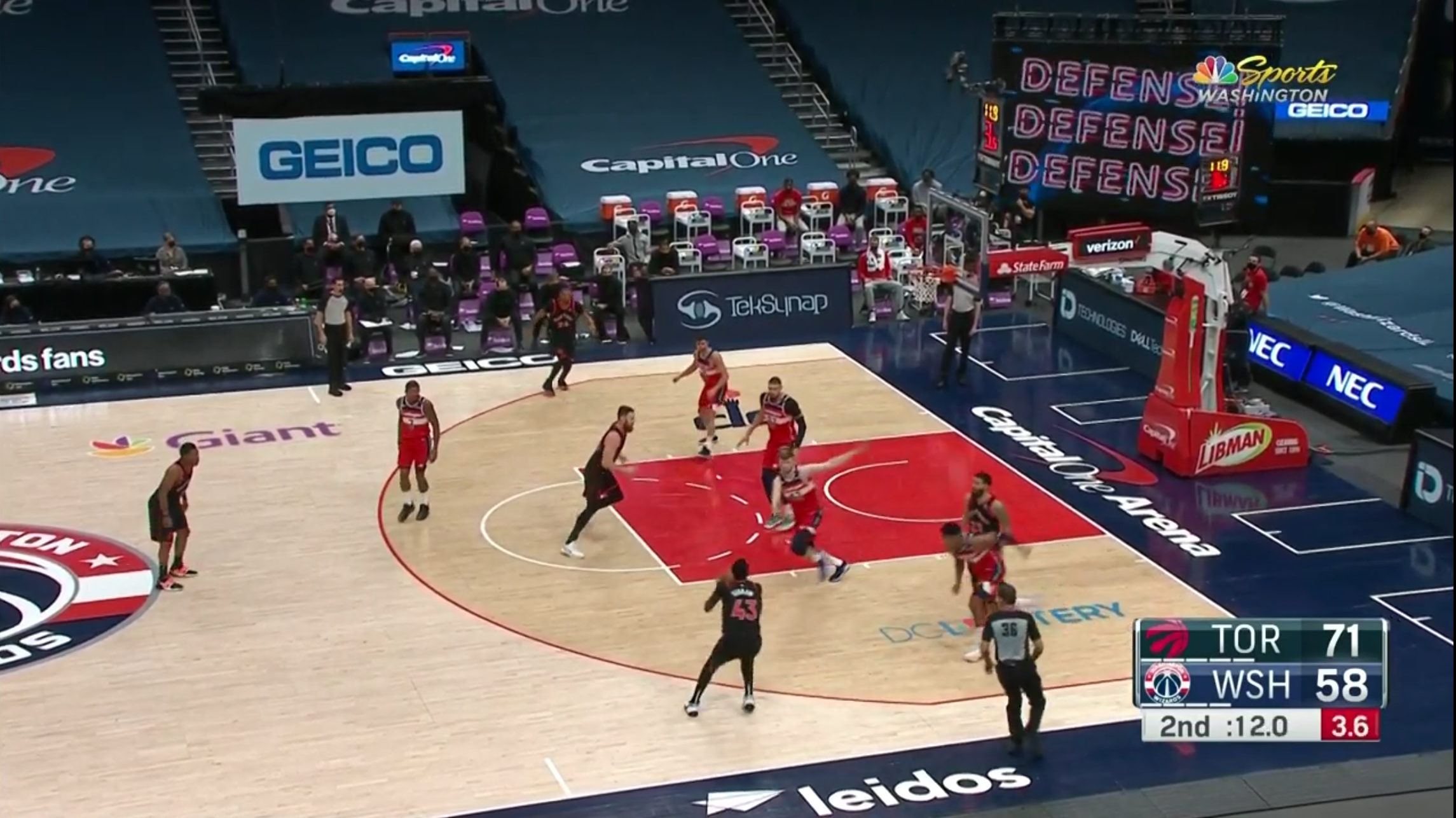 A so-so effort to get around a Pascal Siakam pick made Bradley Beal late to contest a Kyle Lowry three-pointer. 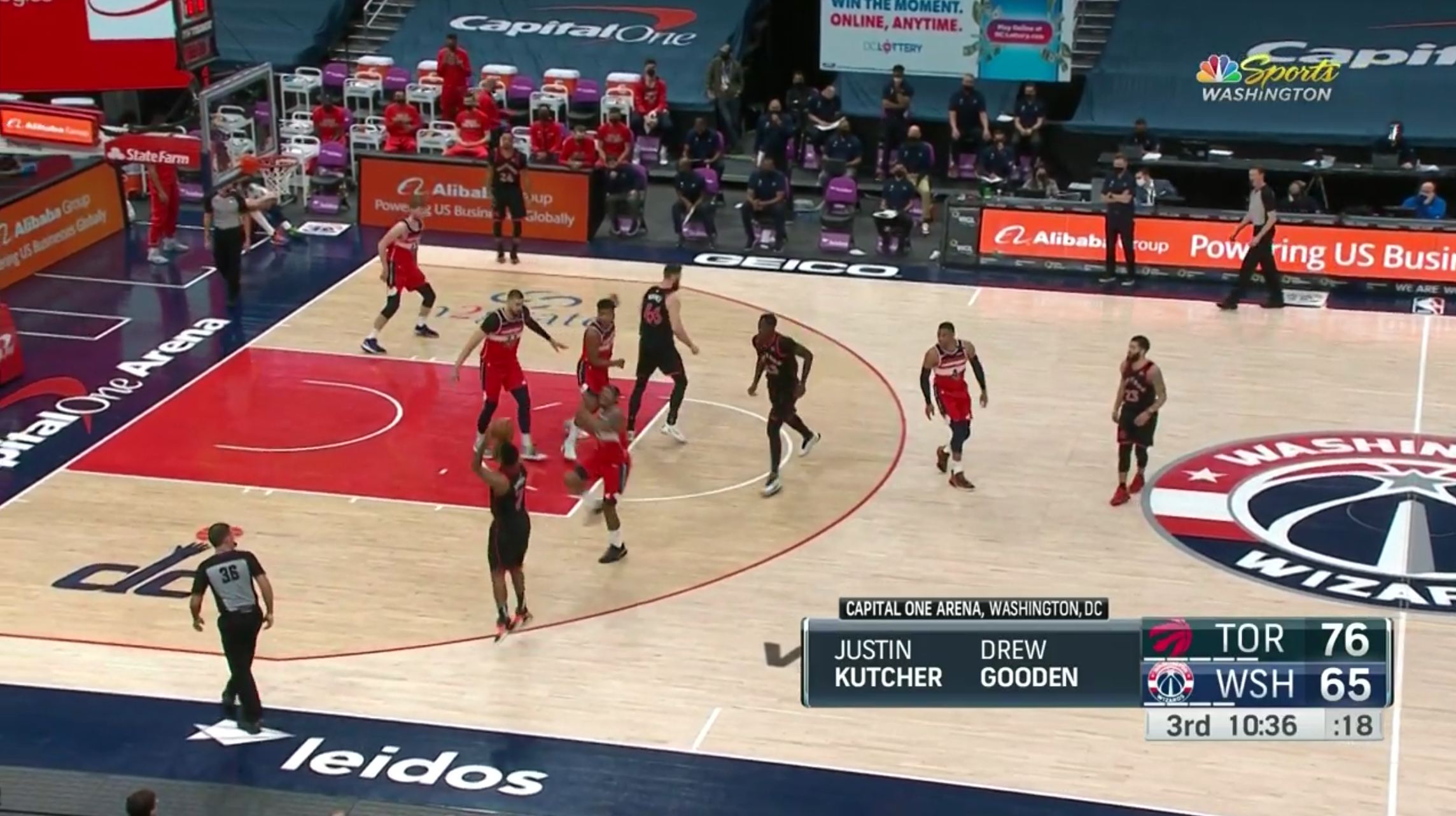 Russell Westbrook was unable to get through an Aron Baynes screen after switching defensive assignments with Bradley Beal and Kyle Lowry drained his open attempt. 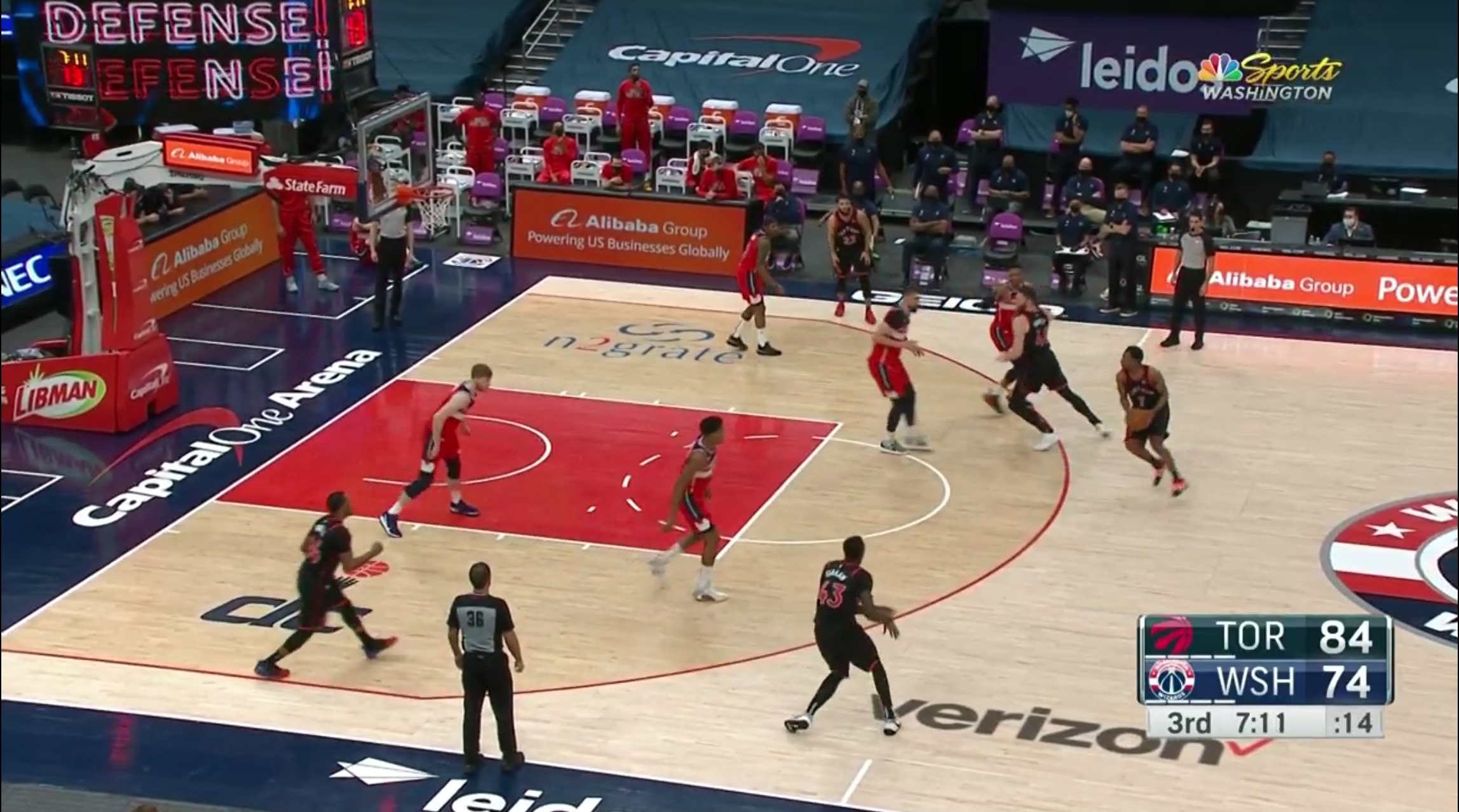 Pascal Siakam began to drive the lane with Rui Hachimura hung up on a Chris Boucher screen, but Alex Len was there to make a contest making Bradley Beal sagging off of the corner shooter inexplicable. 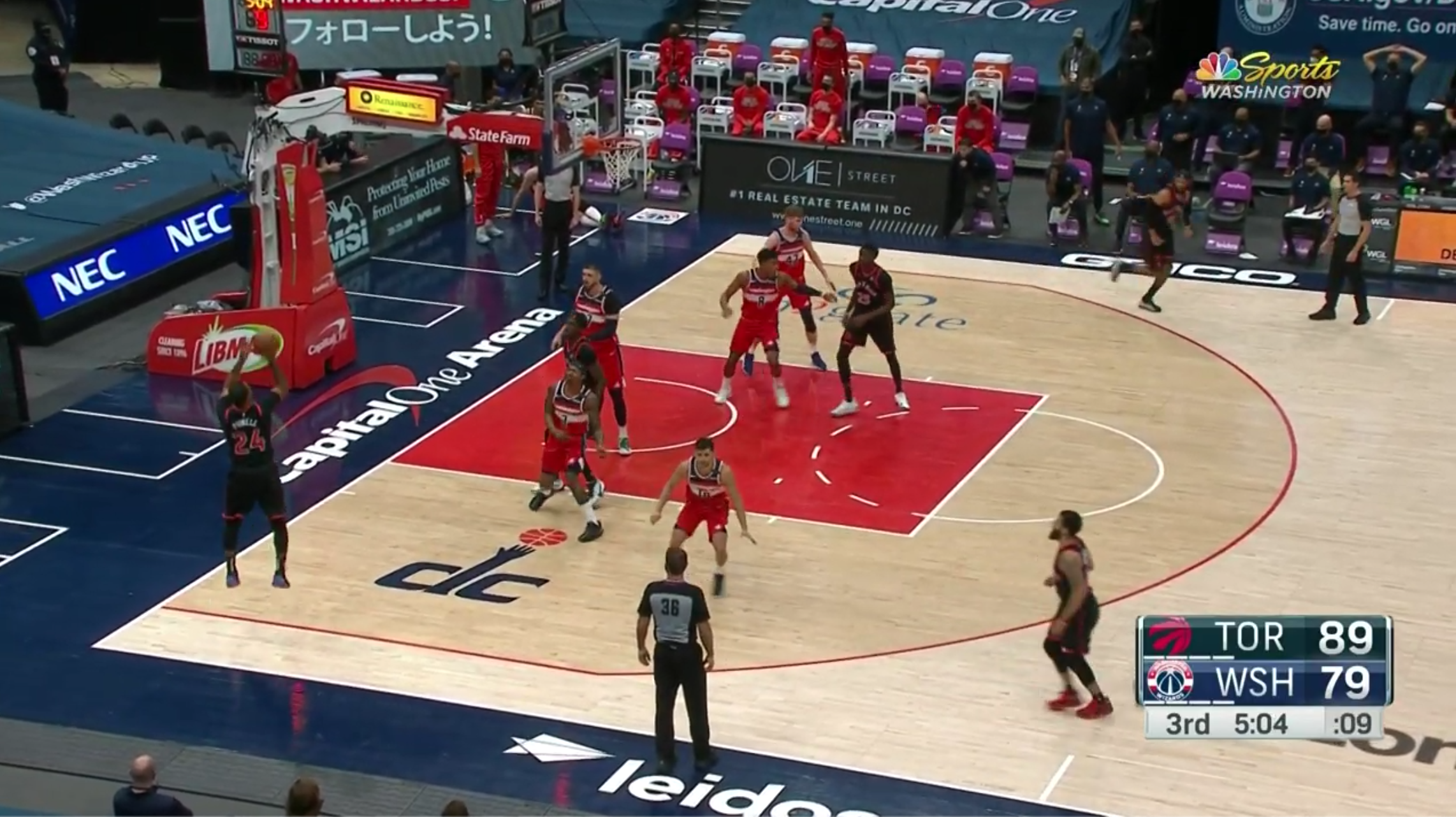 Frustrated with a non-foul call that earned Russell Westbrook his eighth technical foul in 15 games, the former MVP completely takes the play off defensively as he watches Fred VanVleet drive while Terence Davis relocates to the corner. 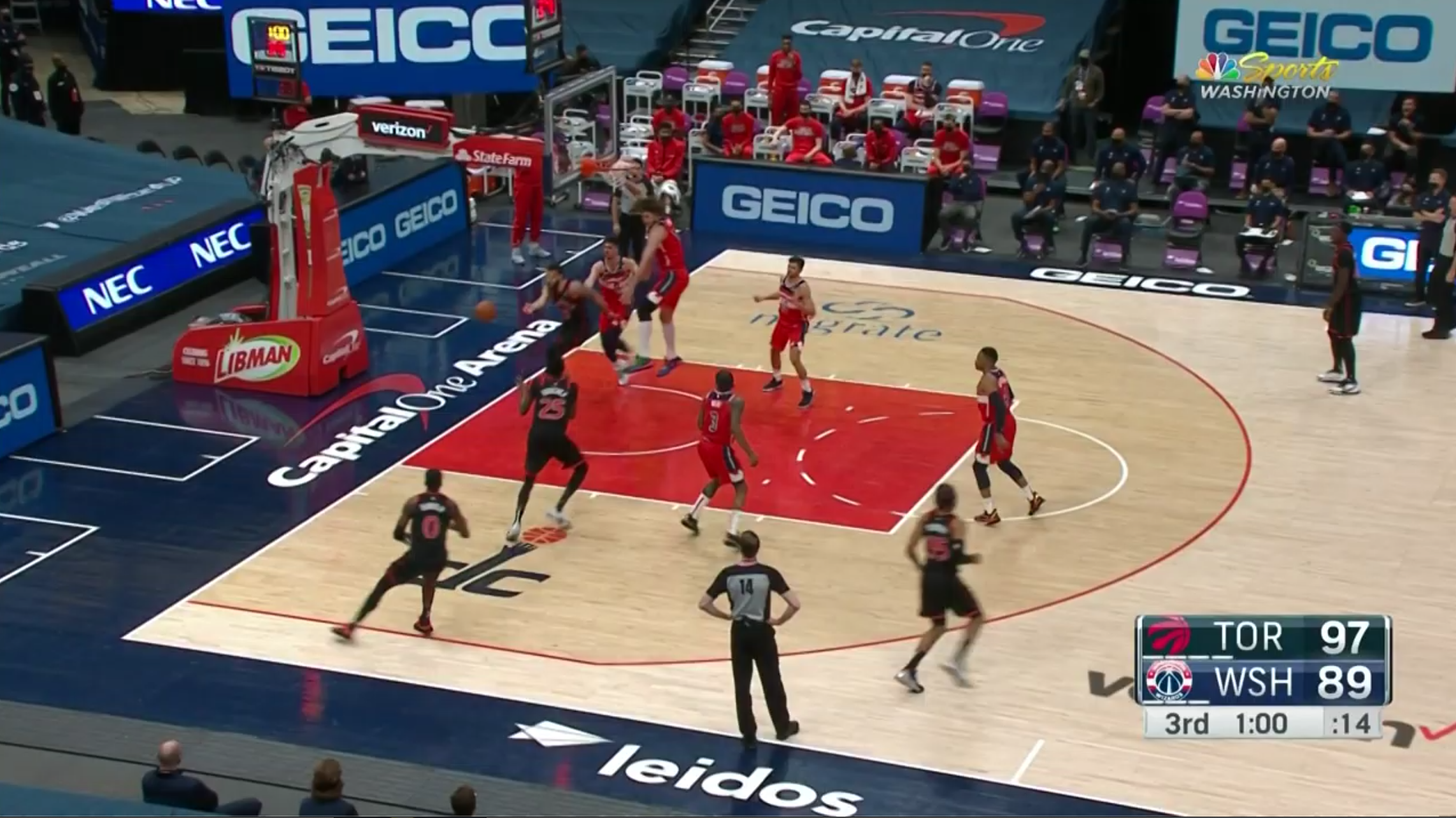 Again frustrated with not getting a foul call on a three-point attempt on the other end, Westbrook was slow getting back on defense as Norman Powell sprints to his spot and leaves Bradley Beal with two players to defend. 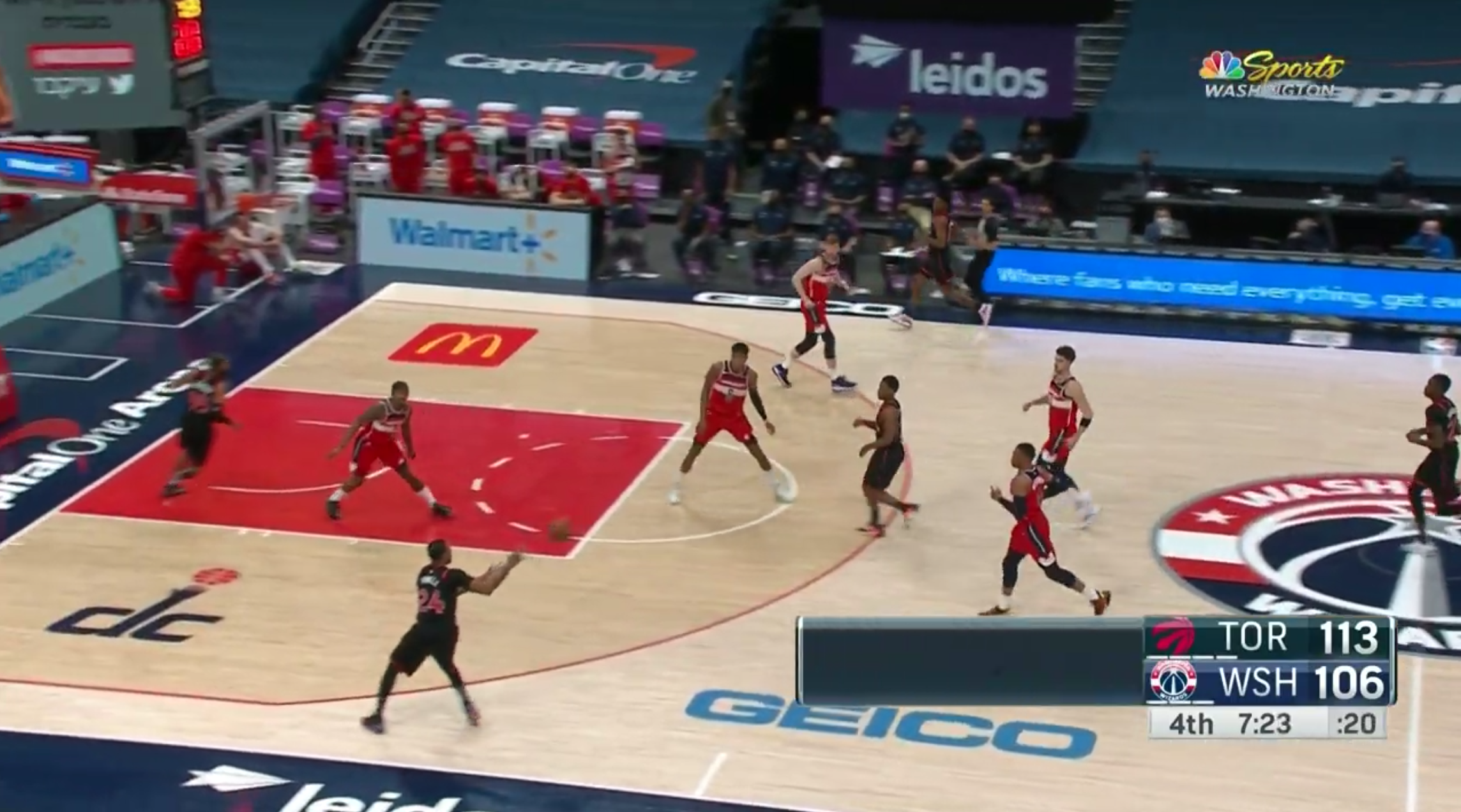 As the cherry on top for Toronto in garbage time, Terrence Davis makes his third three-pointer of the night as Raul Neto and Troy Brown Jr. miscommunicate the switch. 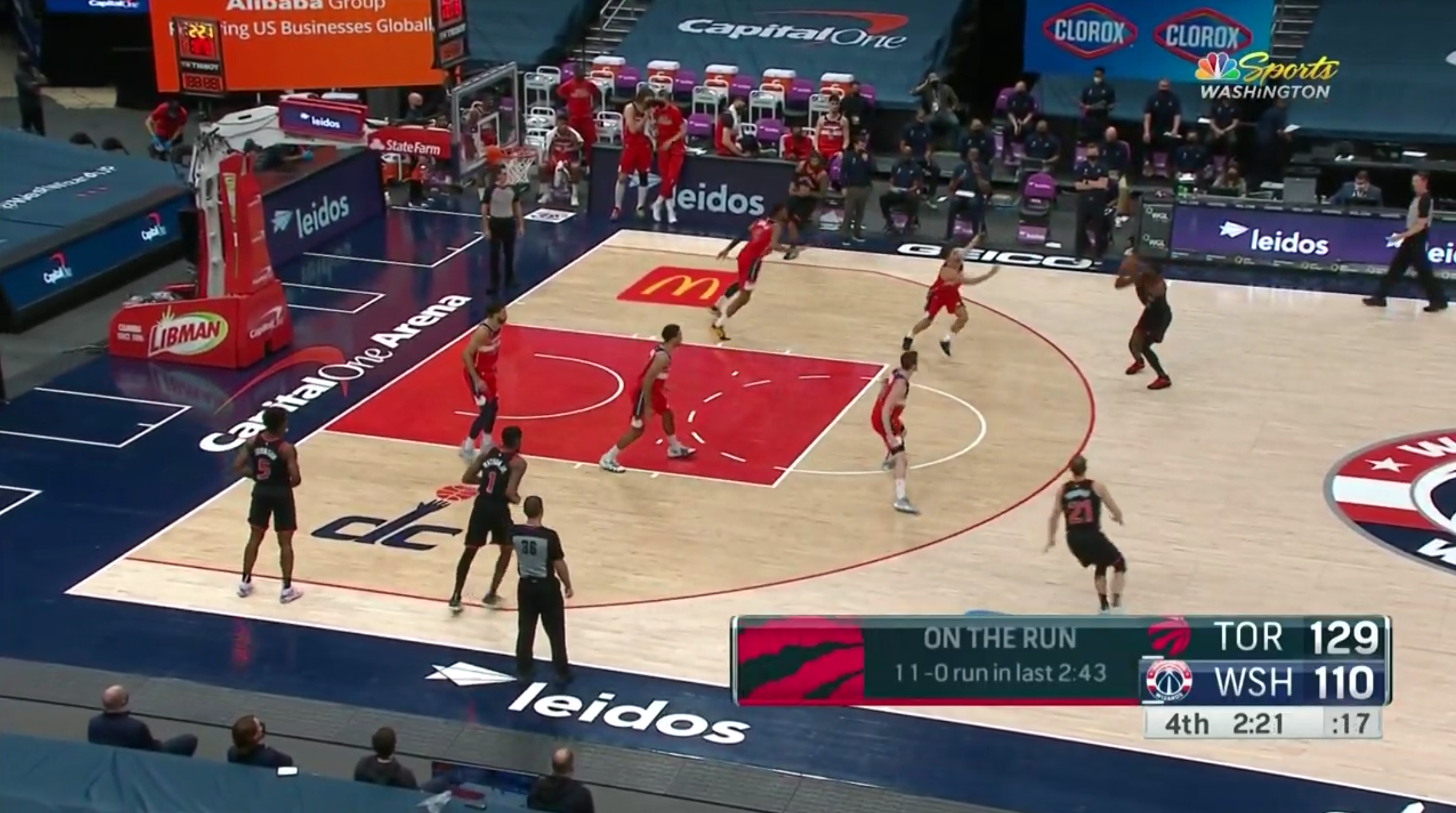