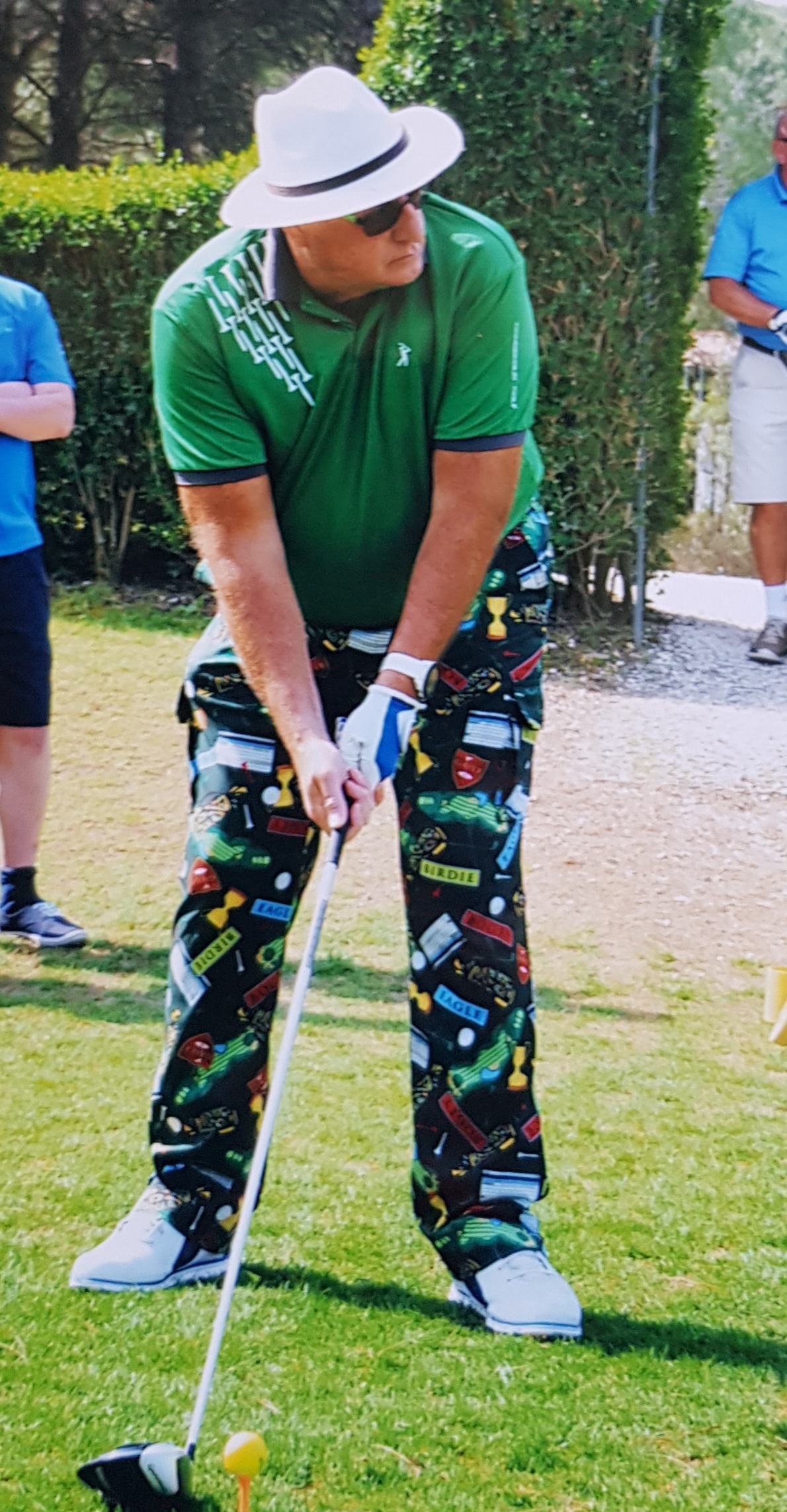 To live a positive life, one needs to develop an optimistic mindset. According to studies, having an optimistic attitude enables a person to have stable physical and mental health. It improves mood, boosts confidence, reduces the likelihood of depression, hypertension, anxiety, and many other stress-related illnesses. This is the power of positive thinking.

There are many ways to achieve a positive mindset. But some people require a little push and motivation from others to leave their doubts and fears behind and concentrate on the brighter side of life. Ian William is one who has, through his efforts, made it possible for everyone to overcome the negative thoughts in their minds. He is a British entrepreneur, accountant, lecturer, author, former golf player, and charity contributor. He is known as the ‘Social Golfer’ because of the undying spirit and love to play golf. Even though life had been unfair with him twice, this man did not surrender to the hardships that came his way. Instead, he faced them with a brave and smiling face.

Taking a Trip Down Memory Lane

Ian was inclined towards golf from his early years. But due to financial constraints, he could not play it. So he decided to wait and keep this interest on hold until he was stable enough to bear the expense on his own. After completing his studies and securing a job as an accountant, Ian began playing and practicing golf.

As golf was his passion, Ian did not take much time to learn it and soon began playing like professionals. He was very content with his life at that moment as everything had been going as planned. Ian often traveled to countries like South Africa, Costas, Tunisia, and Tenerife to participate in the golf tournament. It was his dream to participate in the Senior Golf Tour, for which he had already begun his practices. But then life took a dramatic turn.

Ian William was diagnosed with a tumor in the left part of his brain in 1996. The tumor weakened his hearing from the right side and immensely damaged his balance nerve. The sudden diagnosis of illness brought Ian and his family to a state of shock. But being an optimist, he did not let negativity take over his mind. He began his day with a positive thought and believed that better days were just around the corner. The very next year, in 1997, Ian underwent two surgeries to seal the skull. Although the surgeries were successful and Ian caught meningitis while recovering from it, there were times when the pain would become unbearable, but even then, the strong-willed man never ceased to wish for the better.

Ian, because of this energetic spirit and positive outlook towards life, recovered from the illness soon. During his recovery, a thought of penning down his experience crossed his mind. Since he was not quite sure about it, he let it go. Later in 2006, Ian experienced a major stroke that numbed his body’s left side. The stroke’s effects were so perilous that the doctors told him that he might not be able to walk or play golf again. This news shook Ian from the core. His life-long dream of participating in the Senior Golf Tour was snatched from him forever. 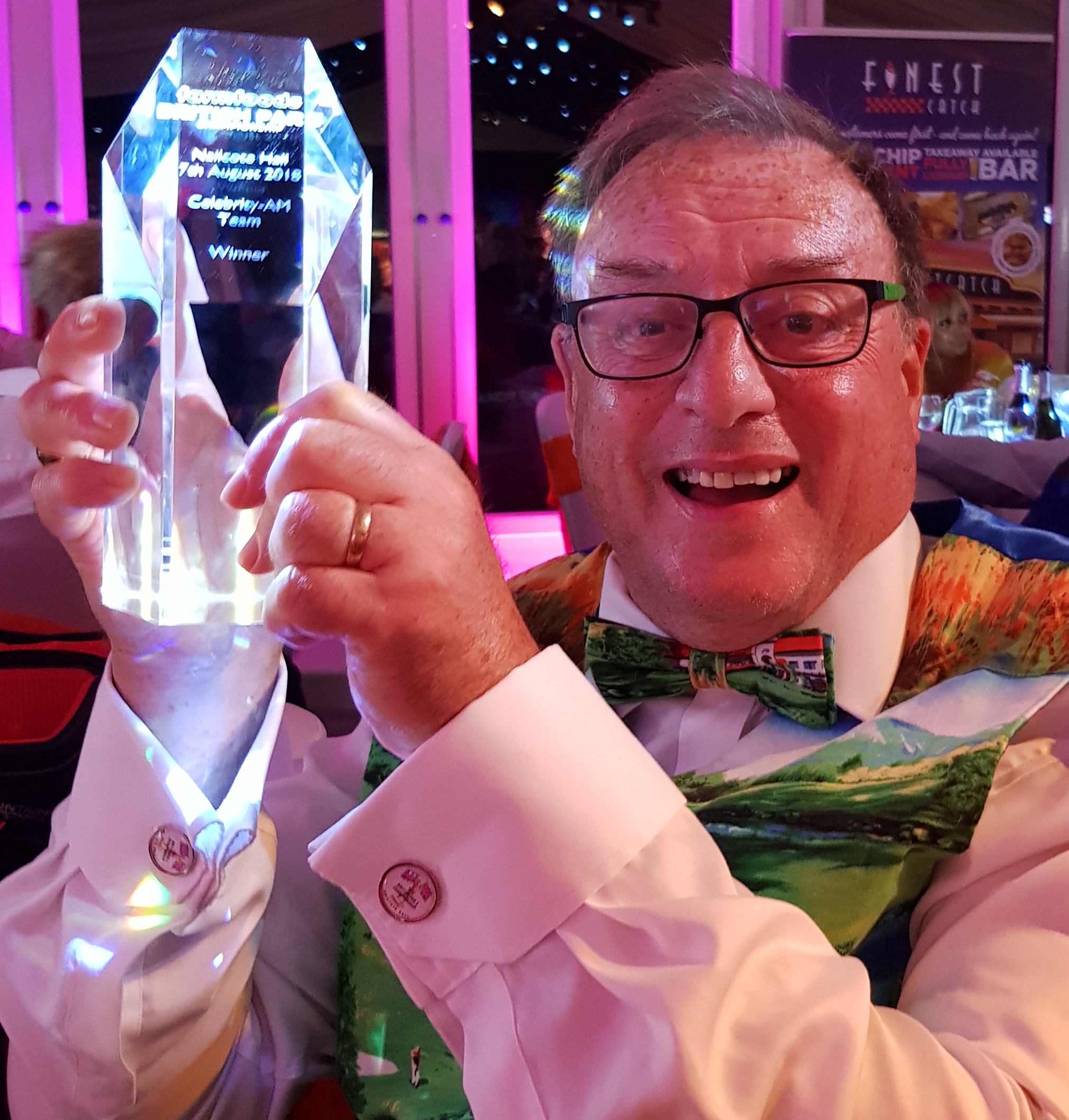 Using Words as A Motivational Weapon

At this stage, Ian was motivated by his good friend Bernard Hunt MBE, a former European Ryder Cup star, to share his journey with the world. As an optimist, Ian found a positive angle in this situation as well. He strongly dealt with his illness and wrote his first book ‘The Social Golfer,’ published in 2008. Ian received great appreciation for his motivating speech and the positive mindset that he portrayed through his book.

“You Cannot Stop the Waves, but You Can Learn How to Surf” – Jon Kabat

Ian William stood by this quote during the hardships that he faced during his life. After recovering from the stroke, Ian went back to golfing. Although there was a slight difference in his golf playing techniques, people appreciated his strength and energy. He involved himself in many charities such as the Stroke Association, British Inclusive Golf, The Social Golfer, SDGC (Scottish Disability Golf and Curling), and the DGA (Disabled Golf Association). He released his second book ‘Living the Dream,’ in 2012. This book discusses his journey after the stroke in 2006 and how he coped with it.

Recently, Ian William has published his 3rd book ‘Still Crazy After All These Years,’ written and released during the pandemic. Through books, Ian imparts that positivity or optimism does not refer to smile or being cheerful all the time. Instead, it is about one’s perspective on life and their ability to focus on the good in life. His life serves as an inspiration for many and gives hope that there is always sunshine after a storm.