Your Morning Dump... Where the Celtics were [expletive] embarrassed in Utah 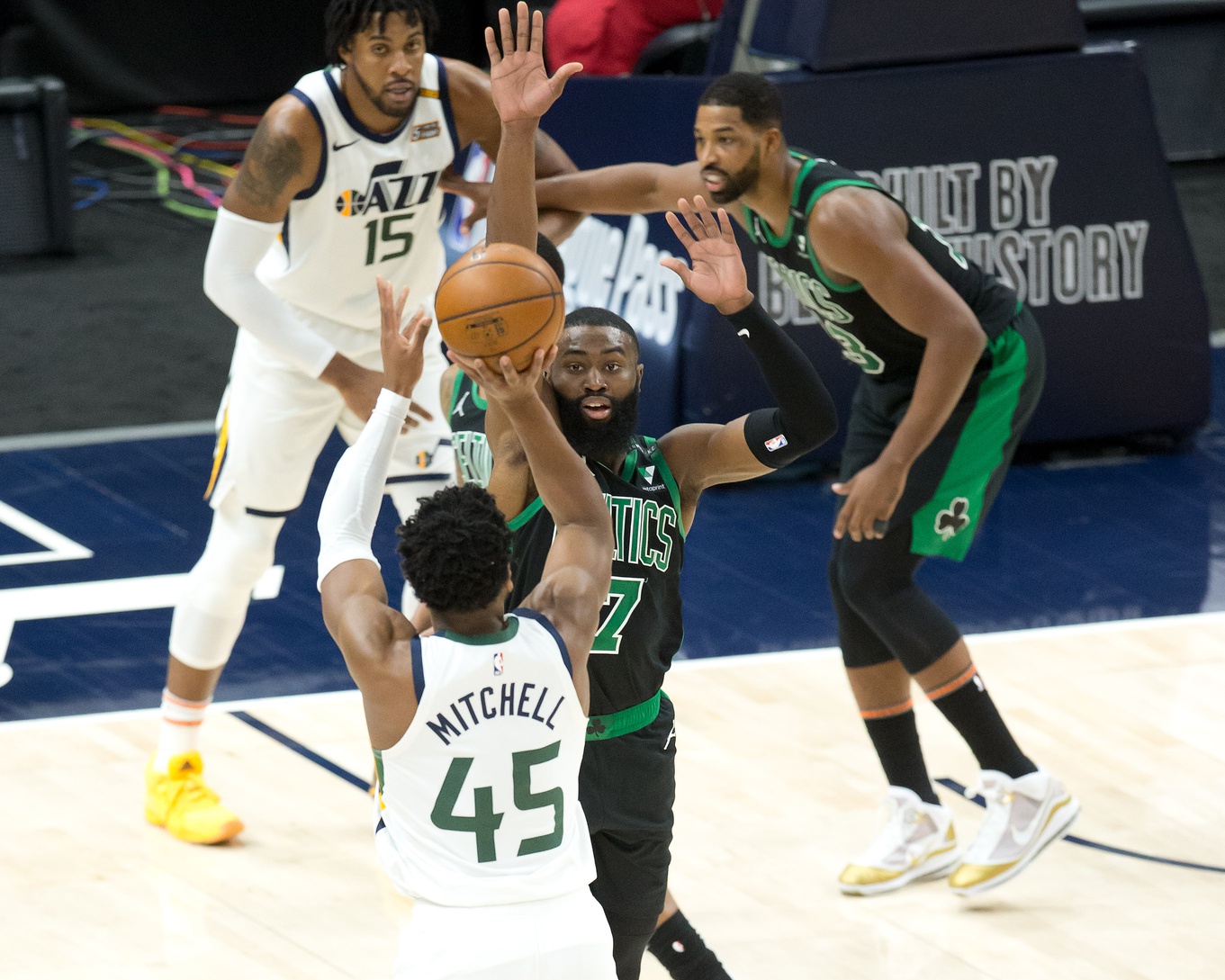 Your Morning Dump... Where the Celtics were [expletive] embarrassed in Utah

“We [expletive] should take it personally,” forward Brown said. “The fourth quarter was embarrassing. That’s the time when we’re supposed to be our grittiest and it seems like fell apart in a sense, and that’s a lack of toughness, that’s a lack of leadership and a lot of that is on me. As a leader of the team, I take responsibility for how we respond and how we come out in the fourth quarter and it just wasn’t there for us.”

There are a plethora of issues that need to be addressed soon because the Celtics are nearing the halfway point and are just flat average right now.

Kemba Walker is still playing terribly, evidenced by his 6-for-32 shooting performances in the final two games, when the Celtics desperately needed a scorer to support Jayson Tatum and Brown. Coach Brad Stevens is trying to offer support and encouragement for Walker, but his performance is discouraging.

I love when Gary Washburn spits fire because he’s not your typical hot takes guy. And he’s laying blame across the board. And props to Jaylen Brown for incriminating himself on a night where he dropped 33 points on 12-20 FG in a 122-108 loss.

First off, how about a pat on the back for yours truly for being wise enough to knock off early.

The Celtics gave up 42 points in the 3rd quarter. The stat held.

It doesn’t take a detective to solve this crime scene because the Celtics are dropping the same old clues. There’s just no consistency on either end of the floor. Blame Kemba, blame the bench, blame Marcus Smart’s calf, blame Brad Stevens, and blame Danny Ainge. Blame everyone.

For a 90 second summary of last night’s 2nd half collapse, check out John Karalis:

On Page 2, trade rumors are swirling.

Late Saturday evening, I received a flurry of texts from multiple executives around the league who said the Celtics were up to something. What they’re up to is unclear, but league sources have long said Boston is searching for upgrades to bolster its wing and big man position.

Tristan Thompson became trade eligible this weekend, and with a $9.3 million salary, he could be a perfect fit for a deal. So could Daniel Theis, with his expiring $5 million contract. The Celtics have young players like Romeo Langford and Aaron Nesmith, in addition to all of their future first-round draft picks, which could position them to make a bid for a big fish such as Bradley Beal if he were to become available, or a role player like P.J. Tucker or Thaddeus Young.

With all due respect to Kevin O’Connor, this is the least surprising news ever. The moment Danny Ainge acquired the massive $28 million TPE from Charlotte was the moment I knew the Celtics were making a deadline deal. Why? Because he has to. It’s a fireable offense to let that TPE burn a hole in your pocket and it will be most valuable at the deadline.

We will not accept any excuses from Danny Ainge in March. Failure to improve this team is a dereliction of duty.

The Athletic – Celtics loss a reminder of what they are right now: an average team