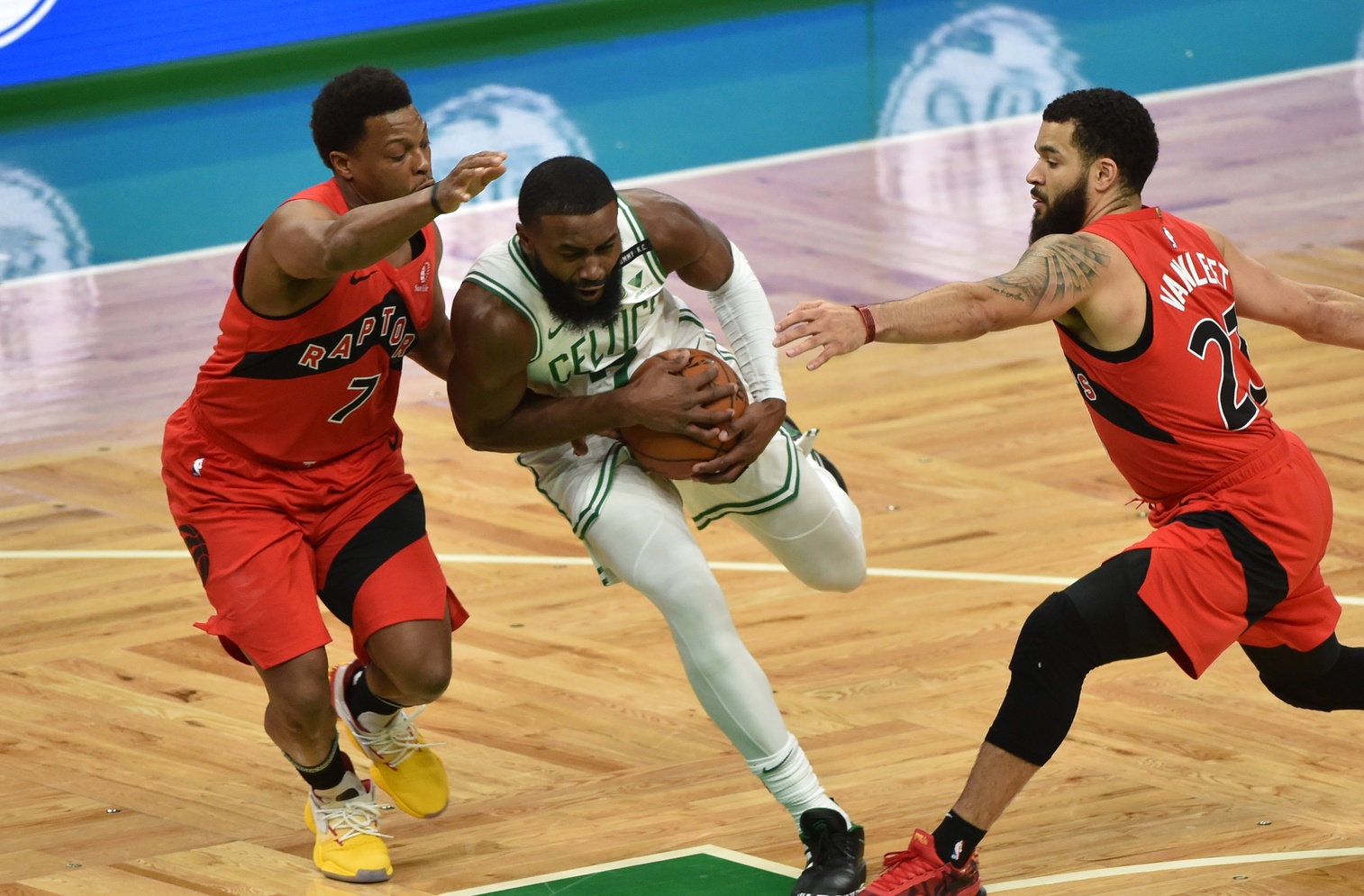 The Celtics looked more like the team fans expect to see for a Thursday night smackdown of the Raptors, in which they never surrendered the lead en route to a 120-106 victory. Blazing-hot offense in the first quarter gave way to some defensive indifference in the second, though not enough for Boston to surrender its advantage to Toronto. The second half had a similar dynamic: heavy Cs firepower to start, then some hairy stretches at the top of the 4th but not enough for the Raptors to change the inevitable.

Toronto’s fatal flaw lay in a defensive strategy where they denied Jaylen Brown and Jayson Tatum shot opportunities and left virtually every other Celtic wide open. This only really worked in Jaylen’s case, keeping him to a 12-5-10-2 line while Jayson got 17-6-9-2. Therein lies the story of the night: The Jays kicked the ball out whenever surrounded, letting Semi Ojeleye, Kemba Walker and Payton Pritchard bomb away from deep. Yes, I typed those names right, and they respectively amassed 24, 21 and 20 points.

Unusual first 5 minutes. Ojeleye has taken the same number of shots (4) as Tatum, Jaylen and Kemba combined. He also has 8 pts.

Payton Pritchard is the first player off the bench for the Celtics … and immediately has to guard Kyle Lowry, who muscles past him for a layup. Celtics have been hot to start the game, and are out to a quick 17-8 lead.

I would not have put either of the above on my bingo card for this game, that’s for sure.

Celtics have hit a bunch of 3's and the Toronto Raptors have hit none so that'll level off some. Kyle Lowry's life has been too easy on the offensive end. Celtics need to defend him a lot better

Payton Pritchard is up to 44.8 percent from 3-point range. That ranks third among rookies.

has semi ever missed?

I admit his performance tonight was making me forget the (numerous) missed threes of years past!

"That is an all-world rebound by Tristan Thompson!"#Celtics Rewind is presented by @Tmobile pic.twitter.com/c15tAKJR68

Brown with 6 assists and Tatum with five. Guys making shots is nice lol

Add Kemba in, and Kemba, Pritchard and Ojeleye are 15 for 18 on 3-pointers. Insane. https://t.co/nnPav3QLyf

Takes it… BANKS it home! pic.twitter.com/q1SE2m1pgn

Also, as good as the Celtics looked on both ends in the third quarter, they WERE a part of one of the wilder, Keystone Kops-ass moments of basketball this season:

LMFAO IS THIS BASKETBALL??? pic.twitter.com/IcNYV3LKv4

The Floor Seat 29m ago