5 rational thoughts about the Celtics losing to the Pistons again 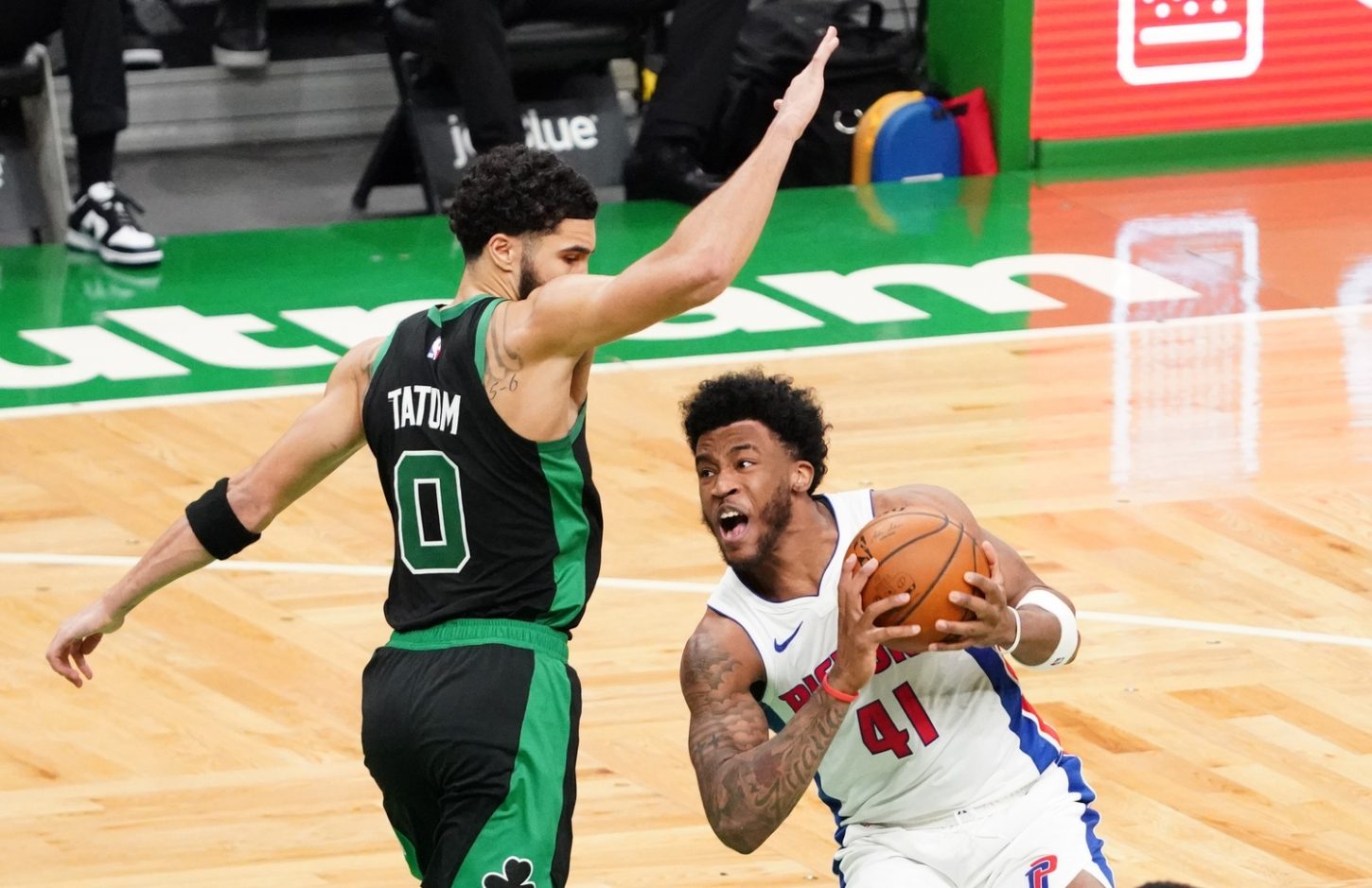 5 rational thoughts about the Celtics losing to the Pistons again

There are some easy explanations for the Celtics dropping one to the Pistons last night. Trap game, second game of a back-to-back, resting starters, unpredictable performances from opposing rookies.

Going with those alone isn’t quite right. No NBA team is blameless in its own loss; that’s…not how it works. Let’s have a look:

1. The Pistons only beat good teams?

The Detroit Pistons are 7-19. By record and win percentage, only the Washington Wizards (6-17) and Minnesota Timberwolves (6-20) are worse. You’d never guess this based on how they play the Celtics—or, for that matter, several of the NBA’s best teams. They’ve also beaten the Sixers, Heat, Lakers, Nets and Suns, and in most of those, the squads had all or most of their starters. Most of those games were also low key ass-whoopings. At least the Celtics losses were close…though both of them looked a lot worse for much of their runtime than the final tallies would indicate.

So, on paper, you should be able to rest one of your starters for a game against a 7-19 team, as the Cs did with Kemba Walker. The Jays scoring 60 points together, so long as everyone else is at least competent, should be enough to win and almost was. And yet…

2. One of the season’s weirdest starting lineups

The Cs rolled out Payton Pritchard (who showed none of Thursday night’s flair), Jaylen, Jayson, Semi Ojeleye (who looked decent but had to leave the game with a knee injury) and Daniel Theis to start. This was…intriguing.

It didn’t look bad at first. (As noted in our recap, the game started out as a carbon copy of the early beatdown that the Raptors received the previous evening.) I’m not entirely convinced it was the worst idea. I understand why Walker was rested, but the Cs probably don’t get in that early hole with him on the floor. I think later lineup moves, like say, letting Jeff Teague on the court at all, may have been more detrimental.

3. Things you can and can’t game-plan for

It’s inconceivable that Brad Stevens could’ve told the Cs at shootaround, “Hey, that Saddiq Bey kid is gonna nuke us from deep for 30 points. Be sure to lock him up.” No one would’ve thought that! His performance this season is promising but doesn’t suggest anything remotely that good! He’s averaging less than 8 points per game! (Well, he was; now it’s 8.8.) In the game itself, after the fourth and fifth one goes in, you should probably pay close attention to him, though.

By contrast, Delon Wright, who also did quite well against the Cs last night (22 wildly efficient points on triples and free throws after blitz drives to the cup), is very much a known quantity. He’s always been a talented player and has recently shown signs of establishing offensive consistency he lacked in the past. Wright absolutely should’ve been a point of focus for the Cs from jump and wasn’t; they were too worried about Jerami Grant. Grant is good, but of late, he’s not the Pistons’ one-man show.

4. The defensive cliff-drop of the Cs second halves

Saw a stat floating around the TL this morning:

That's a huge drop off in the second half of games

I mean…what even is that? Do you blame that on Brad Stevens? I feel like most people will choose to put it on Stevens, but just as a reminder, he ain’t on the court. (Personally I find his lineup conservatism more alarming.) I honestly don’t know the answer to this one. Last night, it didn’t feel like the Celtics just quit trying to get stops during Q4, or gave up in general—the game’s last three minutes wouldn’t have taken almost 20 minutes to conclude if that were the case. But those third- and fourth-quarter figures are frightening, and it’s patently obvious that the team has broad-ranging execution issues on the defensive end

Based on a Twitter conversation I had with CelticsBlog’s Daniel Poarch last night, there are people comparing this Celtics squad to the toxic morass that was the 18-19 team.

I don't think this team is like the 2018-19 team. But it IS as exhausting to talk about as that one was

If you find yourself making this comparison…WHAT IN THE BLUE HELL ARE YOU DOING.

The only thing remotely similar between this season and that one is inconsistency. Remember: Kyrie and Jaylen were basically at war. Half of the team resented Hayward for the minutes he got. Flask Dad’s macho theatrics and heroball attempts grew tiresome fast. Rozier ended the season about as checked out as Kyrie.

The guys this season don’t dislike each other. No reporting from anyone reliable suggests such a dynamic. I get being pissed off that the Celtics are uneven, but comparisons as hyperbolic as this are absurd.

I think last night’s Teague minutes took a quarter-year off my life expectancy.

Teague excels at dribbling the shot clock down to 5 or 6 seconds and passing the ball to the player in the worst position to score.

He wasn’t even making his threes, which, aside from serviceable backup floor-generalship, is all you need from Teague. Which he also isn’t providing. Edwards or even Waters could’ve done more with those minutes.