Your Morning Dump… Where Jaylen and Jayson need help, the sooner, the better 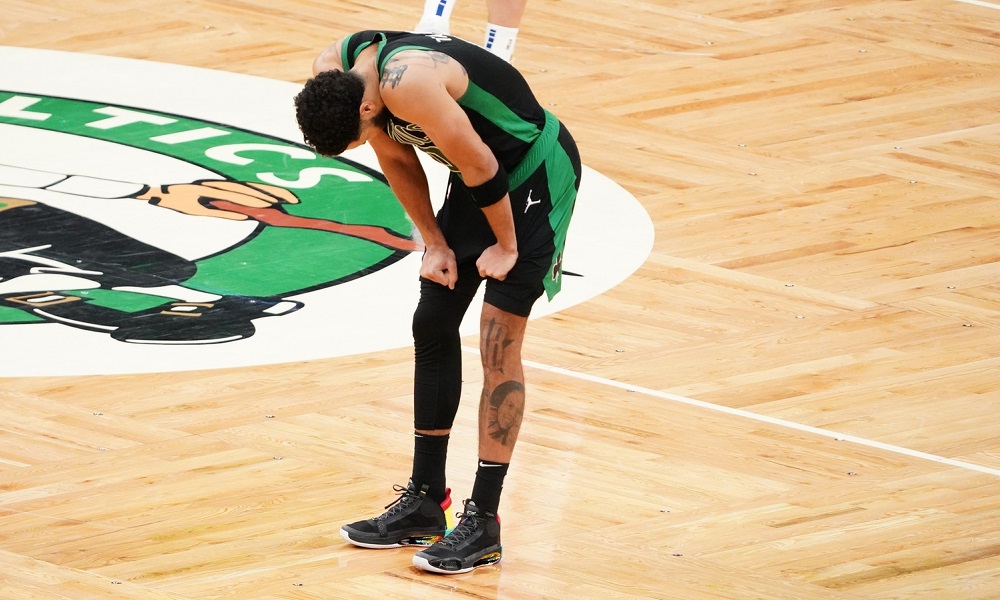 Your Morning Dump… Where Jaylen and Jayson need help, the sooner, the better

On Thursday night, Celtics Nation was happy. The Cs never trailed while enjoying a home win over the Raptors. Everyone played well and victory was sweet after the difficult western trip that ended with two losses.

Then, last night, we were all unhappy again. Time for more overreaction. That’s what happens when your team is 13-12 and too inconsistent to string together any wins.

It was a frustrating 108-102 loss to the puzzling Pistons, a 7-19 team that has beaten the Lakers, Sixers, and other top teams, but loses to everyone else. Detroit brought the energy and Boston didn’t match it until a desperate attempt to rally in the fourth quarter.

Fatigue? No. The Celtics were playing for the second straight night, but so was Detroit. And only the Pistons had to travel in between.

Gary Washburn has a thought.

Well if Danny Ainge wasn’t unnerved by what he saw Friday against the six-win Detroit Pistons, then maybe the Celtics deserve to be just another average team.

The Celtics need help, desperately, evidence by their 108-102 loss in which the Pistons brought back their Bad Boy days for a night and beat up on Jayson Tatum and Jaylen Brown.

Brown walked away with a bloody nose and floor burns for how many times he had been knocked down. And it reached a point where Brown and Tatum were the entire Boston offense and that’s happening far too often.

Tatum and Brown combined for 60 of points and 20 of the team’s 36 field goals. They got little help. Daniel Theis scored 11 points on 12 shots. Rookie Payton Pritchard, making his first NBA start, followed his 20-point game Thursday with 2 points Friday.

Globe: Memo to Danny Ainge: Get Jayson Tatum and Jaylen Brown help ASAP before they get destroyed

The star of the game was rookie Saddiq Bey – which was awkward, because in the 2020 draft, the Celtics passed on Bey to select Aaron Nesmith.

Nesmith hasn’t factored into a Celtics team early, albeit with more players in front of him. Bey has made sure to alert Boston that they passed on him though, drilling 7-of-7 from deep in his career-best 30 point performance in a 108-102 Pistons win. He has scored 53 points on 14-of-18 shooting from deep in three games against the Celtics, where Detroit has picked up two of their seven wins this season. He became the first rookie in NBA history to hit seven three-pointers against Boston in a game.

As Bey dropped 30, he also casually added 12 rebounds. Meanwhile, Nesmith has accumulated 33 points and 15 rebounds…for the season. Maybe it’s not fair to compare them, since their situations are different, but only Nesmith can change this story.

Ball movement was a big topic after Boston had 30 assists against Toronto, but last night the Celtics got just 15, including only one in the third quarter. Made life easier for the Detroit defense.

Also, Semi Ojeleye, coming off his career-high 24 points, was again playing well, so of course he hurt his knee and was done for the night. Not sure yet of his condition, but it’s another reminder that the “Hospital Celtics” is not just a meme.

Finally, on a layup attempt, Jaylen took a hard hit to the face from Josh Jackson, another player who seems to have something against the Celtics. The foul was called, and Jaylen’s nose was bloodied, but the officials mysteriously didn’t bother to look at the replay for a potential flagrant foul.

Jaylen Brown on his bloody nose: "I think at this point it’s just getting ridiculous. I don’t understand that. I don’t want to comment too much on it because I’m not getting fined but I thought I got hit in the face. Pretty hard, too. And, nothing.”

When asked if he’s going to have to watch his fatigue level and endurance, Brown said: “I don’t even have a comment for that one. I think we’ve got to do the best we can to help our team win. No excuses.”

In other words, Brown is saying, “Get us some help Danny!” The Celtics can wait another six weeks to use their $28.5 million trade exception but by that time Tatum and Brown might need workman’s compensation. The Celtics have become a two-man team, because Walker can’t score like he used to and the others are just far too erratic. […]

The physical toll is already apparent, and if Ainge wants to save his guys for the playoffs and beyond, the Celtics need to acquire a third scorer. The Celtics, besides Tatum and Brown, were 16-for-39 shooting, 4-for-16 from the 3-point line for 42 points. […]

Ainge needs to work the phones even more to seek a player who can impact this team as soon as possible. Waiting patiently hasn’t gotten the Celtics far over the years. They waited for a deal that never happened to unload those “treasure chest” of draft picks and eventually had to use most of them.

The result is an inconsistent team that wins in LA against the Clippers, beat the Raptors twice as well as the Bucks and Heat, but lose to a team with one of the worst records in the NBA on a night the Pistons were riddled with injuries in the frontcourt.

Who can argue with any of that? Every time the Celtics play poorly, criticism from fans gets louder on Celtics Twitter. Popular topics are “I’ve had it with Brad Stevens,” “What is Ainge waiting for? Make a trade,” and “Get Barnes/Hield/Gordon/etc.”

Also, “Timelord needs to play more,” “Get a big man,” and “Kemba/Teague/Thompson/Grant sucks, trade him.”

Again, it’s the inconsistency that frustrates fans who see the potential in this team and don’t want to waste any years of high performance from The Jays. It would be helpful to have a full-strength, healthy team, but when does that ever happen? Reinforcements are needed.

Danny and Brad have to figure it out, quickly. If they don’t, it will get very uncomfortable around here.

Yesterday was Bill Russell’s 87th birthday so, with the following selection of tweets, we’re sending belated good wishes to the greatest winner in sports history.

Happy 87th birthday to the great Bill Russell, who set the standard for what it means to be a champion. – Adam

Bill Russell appeared in 10 GAME 7's, including 5 in the #NBAFinals. He went undefeated.

Today, on Bill Russell’s 87th birthday, we celebrate the pioneers who fearlessly integrated our league, the legends who excelled against the backdrop of the Civil Rights Movement, and stars of today using their platform to advocate for justice and equality. #BHM pic.twitter.com/4d2c8f7APx

Look back at @RealBillRussell's transition from player to coach and his enduring love of what it meant to be a Celtic. #NBABDAY pic.twitter.com/jBhdOpQo2k

Whew, I made it to 87! I want to thank my wife for another amazing cake & the small forest fire upon it. Thanks @SKJR40 for standing by with the extinguisher just in case, next time bring a cpr kit. @legends_unite #Deepbreath #fridaymorning @BleacherReport @NBA @espn @celtics pic.twitter.com/TscoGkRhxv

And, finally… Correction: Truth and Ray did it first

We thought we had a Celtics first in the Raptors game.

But, in a surprising and yet not surprising update, Dick Lipe of NBC Sports Boston did the research and found that in the 2011 playoffs, Game 3 vs. the Knicks at Madison Square Garden, Paul Pierce was 6 of 8 and Ray Allen was 8 of 11 from the arc. Oddly, they were the only Celtics to make a three that game. Boston beat New York, 113-96, on the way to sweeping the series.

Pierce did love to torment the Knicks. And Semi and Payton can still claim being first in the regular season.

The Athletic: Celtics’ Marcus Smart on the road to recovery: ‘It could’ve been worse’