Rapid Recap: Not an afternoon delight – Celtics drop to .500 in loss to Wizards 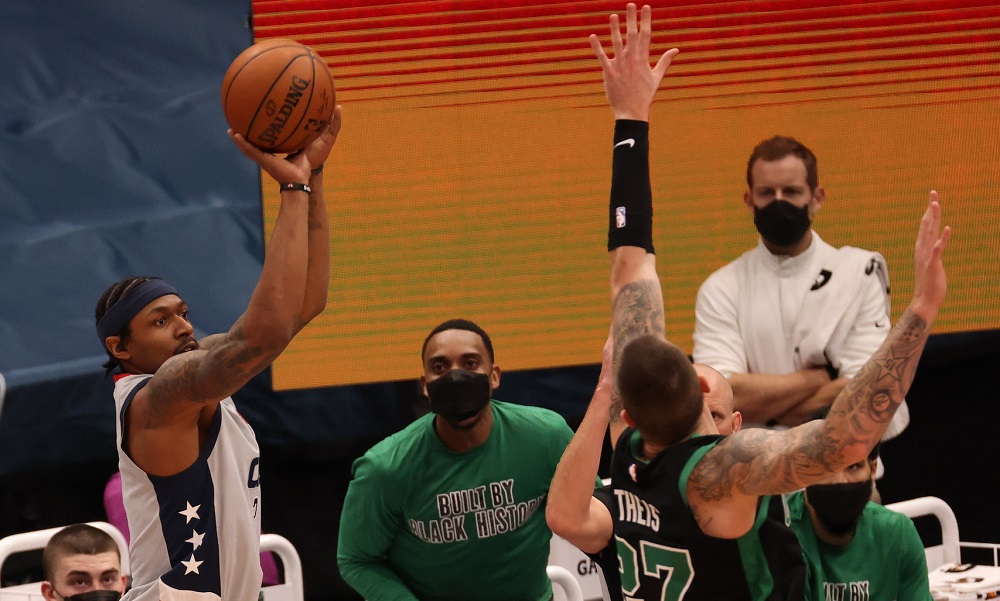 Rapid Recap: Not an afternoon delight – Celtics drop to .500 in loss to Wizards

The Celtics have been terrible in afternoon start times this season, and that trend continued today with an embarrassing road loss to the Wizards, 104-91 – a game that was not as close as the final score. The Celtics are now a .500 team, with a 13-13 record.

The Cs were flat and did virtually nothing right all day. They shot poorly (35.6%, and just 9-35 on threes) and couldn’t get stops without fouling (Wizards were 31-36 at the line). They registered 14 assists while Washington had 24.

Bradley Beal got every shot he wanted on the way to 35 points. The Celtics got 25 points each from Jaylen Brown (11-21 FGs) and Kemba Walker (9-18, including 4 threes). It was Kemba’s best offensive game this season. But Jayson Tatum was in foul trouble all day and finished with a brutal 6 points on 3-14 shooting.

This lackluster performance came against a team that at 6-17 had the worst record in the East, and whose defense allows a league-worst 120.3 points per game.

Celtics offense starting flat in a matinee. 30 percent shooting (4-of-13).

Nesmith came on with Thompson and Grant for Tatum, Theis and Ojeleye.

Tatum will come back in to close the quarter when Brown and Walker sit. https://t.co/mYWXIZkpGn

Solid contest by Nesmith chasing around Bertans there

Kemba Walker has looked pretty sharp on offense amid today's sluggish start. He's done a nice job finishing inside, something he has struggled with since he returned.

Some comedy from Russ.

With 8:16 left in the second, Tatum picked up his third foul and the Celtics were in penalty.

Shooting was also a challenge.

That was the most Kemba-like that Kemba has looked this season on that step-back over Hachimura.

At halftime, the deficit had grown to a dozen points. Except for Kemba and Jaylen, there was very little spark.

Celtics trail Wizards 55-43 at the half

Not overly impressed with Timelord in this quarter. Come to think of it, I could say that for just about anyone in green/black.

The Wizards allow 120 points per game. More than any other team in the NBA. The Celtics have 43 points at halftime.

Third quarter and the wheels started to come off. Theis left with a sprained finger (he was able to return), and…

Tatum charges for his fourth foul.

#Celtics just getting run up and down the floor by the #Wizards, down 17 in 3Q.

We’re just letting the Wizards run all over us. What an embarrassment.

Just to break up the monotony, here’s Timelord’s one highlight.

Wizards close the quarter on a 11-3 run to likely put the game out of reach.

Sans Hayward, the Celtics have a much smaller margin for error.

With Smart injured, it is even smaller

When Tatum doesn't show up, they have no chance