5 thoughts about the Celtics’ dreadful loss to the Wizards 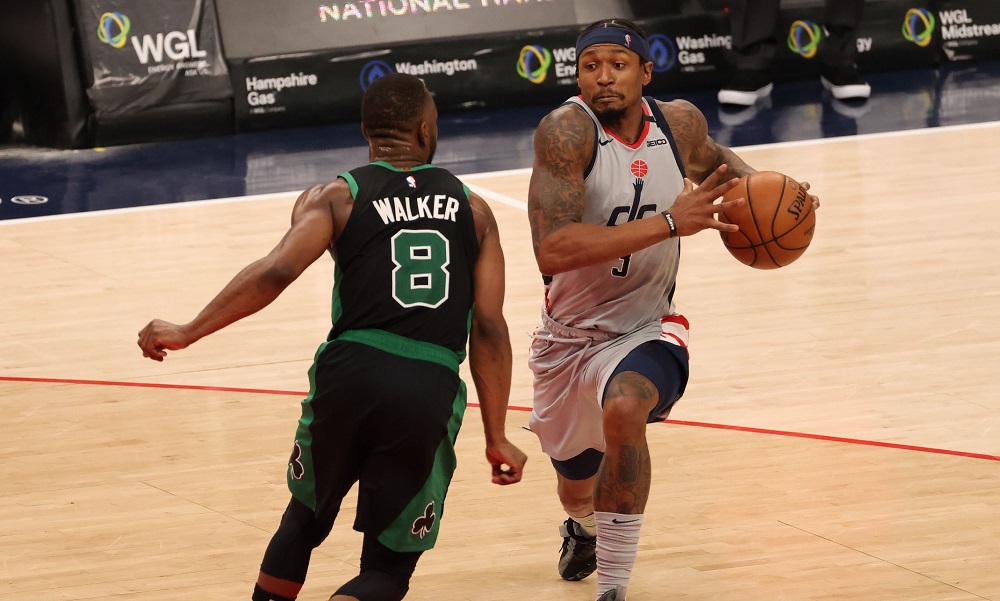 5 thoughts about the Celtics’ dreadful loss to the Wizards

After the Celtics’ 104-91 loss on Sunday, Jaylen Brown said they sucked. They certainly did.

Midway through the third, wheels hadn't come off completely yet, then this happened 📼⤵️ Tatum misses layup, doesn't get back. Brad takes timeout. Next four Boston possessions:

The Celts have now dropped 10 of their last 15 games and have fallen to fifth place in the East with a .500 record. Here’s a look back at yesterday’s result.

Honestly, playing the two worst teams in the East should’ve been a slam dunk pair of Ws. If not, then surely a split. Instead, Boston lost both and fans are puzzled and upset. What is the problem?

Getting Marcus Smart back from his calf injury would help, but we don’t know when that will be. If he stays out much longer, don’t be surprised if he sits until the midseason schedule break that starts March 5. That five-day pause will provide everyone with much-needed rest and relaxation; the complication is it’s three weeks and 10 games away.

There’s plenty of time for this team to turn it around. To get there, something has to change. The question is, will it be drastic, like a trade for the available Andre Drummond (hope not), or something as simple as playing harder, especially on defense?

Jayson Tatum has played 21 games this season and scored 20 or more in 18 of those. In two other games – blowout wins – he had 17 and 16. Yesterday: 6 points on 3 of 14 shooting, including 0 of 2 from the arc. And that was against the defense that allows a league-worst 120 points per game.

A normal Tatum performance would’ve made for a whole different ballgame, but maybe we should give him a break. Everyone has a bad day, and Deuce’s Dad is probably weary from carrying the team with Jaylen.

Jaylen had 25 points, and so did Kemba Walker, who looked like his normal self for perhaps the first time this season. The UConn product was 9 of 18, including 4 of 7 from the arc. He converted his drives and got his midrange jumpers to fall, two areas where he has struggled greatly. We need to see more from Kemba, but this is a start.

"His work ethic is excellent," Brad Stevens says of Aaron Nesmith. "He's in the gym first every day."

At least for one day, Aaron Nesmith earned Brad Stevens’ trust enough to play actual meaningful minutes. The rookie is usually DNP-CD, but in Washington he was on the court for nearly 29 minutes.

The results were mixed. The “best shooter in the draft” made only 1 of 4 three-pointers, and that was in garbage time. He got to the line for the first time in his career and made 2 of 3. That wasn’t much production, but he supplemented that with hustle and good defense, even when matched up with Beal and Russell Westbrook.

Let’s see if Nesmith gets another opportunity on Tuesday vs. Denver.

That basket by Jayson Tatum was the first by a Celtic besides Kemba Walker and Jaylen Brown since a Jayson Tatum tip-in at 6:55 of the second quarter – a span of 20:58 of game action.

As we’ve noted, Brown and Walker attempted to pick up the slack for Tatum, but where was everyone else? For the second straight game, the reserves were invisible.

Jeff Teague didn’t play in the Wizards game, so he’s blameless for a change. The bench simply must add a better scoring punch, or we’ll be seeing more disasters like yesterday.